"Mohammad Amir is one of the best in the world in the T20 format" : Ravi Bopara

England all-rounder spoke about his experience of playing in PSL 4, discussed the importance of T20 leagues and expressed his views on ECB's 100-ball tournament. 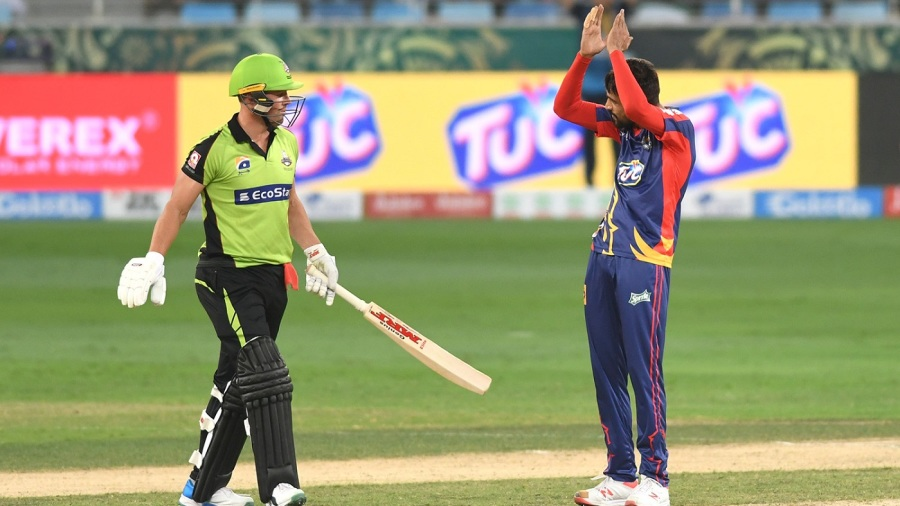 The 2019 Pakistan Super League has now entered its final phase and featuring for Karachi Kings is the England and Essex player Ravi Bopara who has played in all four editions of Pakistan’s premier Twenty20 tournament. With the experience of 171 international games under his belt and a host of appearances in Twenty20 leagues around the world, Bopara seems to have a special affinity with the PSL as he explained, “The PSL has a great vibe and it’s a very professional league where the quality of cricket is fantastic. It also happens to be one of the most well-followed leagues in the world, which stands to reason as both India and Pakistan are big cricketing nations and any league that involves their players will have that sort of following,” he added.

Mohammad Amir’s return to international cricket was seen as an important milestone for Pakistan who were struggling to find a pace bowler of his quality. The 2017 Champions Trophy final saw Amir dismantle the Indian top-order in spectacular fashion, but since then the pace-bowler has struggled for consistency, but for Bopara, it's only a matter of time before the class of Amir will shine through once again.

“Amir’s bowled really well in recent times as in Twenty20 cricket you cannot bowl with tight figures and take lots of wickets in every game you play. That is simply not possible in the same way it’s not possible for a batsman to score a half-century or better in every innings he plays in Twenty20s. We all know that Amir is a quality bowler, one of the best in the world in the T20 format and one who will always do well, so I am not worried about his bowling at all.”

The Pakistan pace-bowler will rejoin Essex for part of this summer's T20 Blast campaign where in 2017 he was one of the star overseas attractions. For the Essex veteran, Ravi Bopara, Amir’s return to Essex is a much awaited event and one that he is looking forward to, “We will be very happy to have Amir at Essex this summer as he has done well for us in the past and I have no doubt that he will perform well once again.”

Bopara’s last international assignment was in 2015. Since then, the now 33-year-old all-rounder, has been plying his trade in various Twenty20 and T10 Leagues around the world which he feels are possibly the innovations that the game badly needed. “Twenty20 Leagues are probably the best thing that has happened to cricket in a while. If we are honest about this, then we will see that red-ball cricket is falling in popularity and Twenty20 cricket has taken over in terms of interest. In fact, even T10 is becoming more popular and who knows what’s in store for cricket in terms of formats in the future? If you look at the T10 version, you are looking at a game which could compete with some of the biggest sports in the world like football as it's just a 90-minute game. In a world where people don’t have that much spare time to watch sport, this type of format suits a lot of spectators.”

On the subject of newer and more interesting formats of cricket, the ECB’s 100-ball format known as ‘The Hundred’ has been creating a lot of hype and Ravi Bopara is one of the players who cannot wait for this format to be played in England in 2020, “I am sure this new format will do well. We must remember that it was England where the Twenty20 format was first invented, so we need to back ECB’s decision and the thought process behind ‘The Hundred’. It’s something different, not only for the current cricket fans but also for the new fans to enjoy and appreciate. On top of that, this will be the first taste of franchise cricket in England and that is something which the local and overseas will be looking forward to as well.”

Ravi Bopara’s association with Essex which started from the age of 11 and his commitment to the club has been a matter of pride for the England all-rounder and he is understandably excited about the upcoming season at Essex.

“Our four-day cricket has been really good for the last couple of years so our main target will be to win the County Championship. We have also improved our shorter format squads by getting Mohammad Amir as well as Cameron Delport and Adam Zampa in the squad and hopefully our T20 Blast campaign will be a good one as well in the coming season,” he added.

The world of cricket is awaiting with bated breath for the World Cup which will be played in England later this year. The tournament will feature the world's top ten teams and whilst India and England could be counted as potential favourites, Ravi Bopara warns against underestimating the likes of Pakistan and New Zealand, “The favourites by a long way are going to be India and England. India have proved their quality as an ODI side many times but England who are currently the number one ranked ODI side are playing unbelievable cricket right now. England will also have home advantage which will be a massive but then you cannot rule out some of the other teams such as Pakistan who in 2017 won the Champions Trophy. They have the bowling line-up which can exploit the conditions in England so they will be up there with a good chance, alongside teams such as New Zealand who will also mount a strong challenge.”