Pakistan seamer spoke about the experience of winning the PSL title with Quetta Gladiators, Mohammad Hasnain's rise and Pakistan's chances at the upcoming World Cup. 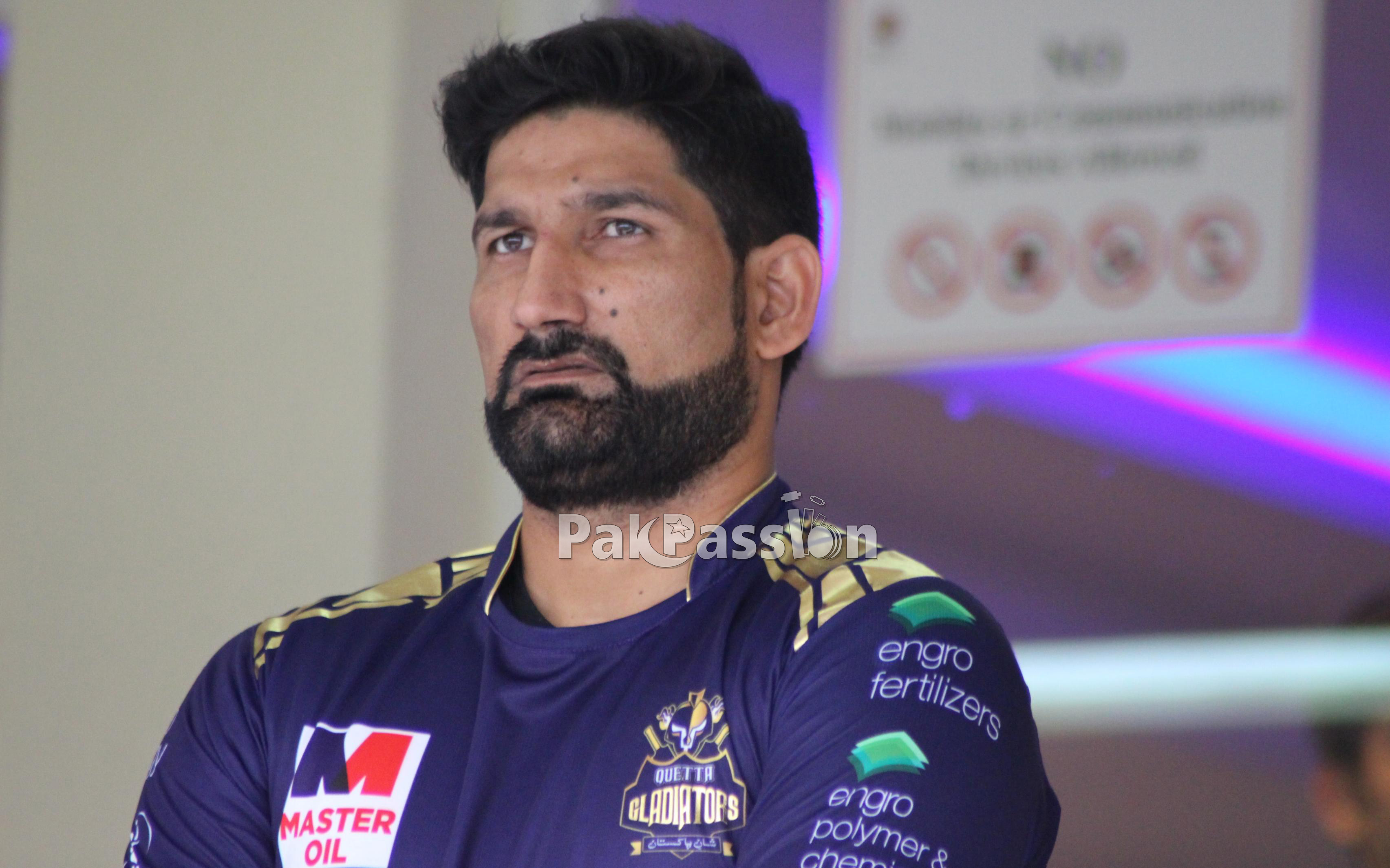 The emergence of the Pakistan Super League as one of the most popular Twenty20 Leagues is a matter of pride for a cricket-loving nation like Pakistan. Whilst the first 3 editions of the tournament were largely played in the UAE, the fourth season saw eight matches played at the iconic setting of the National Stadium in Karachi.

The veteran Pakistan fast-bowler Sohail Tanvir was an integral part of the 2019 PSL Champions, the Quetta Gladiators, and as he explained in an exclusive interview with PakPassion.net, the PSL seems to have grown impressively in stature since its inception and the 4th edition of the tournament seemed to surpass all expectations, “When one rates any Twenty20 League around the world, it basically comes down to the quality of cricket played and the intensity of competition. In PSL 4, we saw many close games with nail-biting finishes played by no obvious favourites, where all sides were equally good on paper. Even if one looks at the administration of the PSL, I can safely say that the PSL is right on top with foreign and Pakistan players being compensated for 70% of their dues on arrival which is really unheard of. On top of that when the tournament moved to Pakistan for the final eight matches, I was pleasantly surprised to see all games being played in front of jam-packed crowds despite the fact that all this happened in the space of ten days. Looking at all these facts, one can safely say that 2019 has been the best year for the PSL.”

From near empty stadiums in the UAE to over 250,000 people witnessing the eight games of the PSL being played in Karachi, it would appear that the true home of the tournament lies firmly in Pakistan. The euphoria of this recent success has prompted calls for the next edition of the tournament to be held in its entirety in Pakistan but Sohail Tanvir would like a slow and steady approach to this venture which also seems to be the policy being adopted by the PCB.

“It’s still too early to say if the tournament can be shifted in its entirety to Pakistan in the future as there is still a long time to go before that decision can be made. What I am pleased about is that the PCB has taken some excellent and well-measured steps towards this objective and a slow and steady approach is the best policy. I do feel that the decision to move the PSL to Pakistan will become that much easier if some form of international cricket is played in Pakistan this year.”

Quetta Gladiators had fielded strong squads in all editions of the PSL, but it took four tries before they could be crowned champions. Despite the abundance of talented players in the team, the simple reason for Sarfaraz Ahmed’s team’s success in Sohail Tanvir’s view was the presence of foreign players on Pakistani soil, “I feel that the main reason for our eventual success in this tournament was the presence of our foreign players during the crucial final stages in Pakistan,” he added. “This was a problem for Quetta every year in the past during the later parts of the tournament but this time they had all their foreign players in Pakistan. Of course, cricket is a team game but as we had seen in the past, the absence of one or two key players can easily upset the balance of any team which wasn’t the case this time for Quetta.”

So, what were the key components of Quetta Gladiators magnificent rise to become Champions of the Pakistan Super League? The answer, according to Sohail Tanvir, was a simple case of playing with unity and performing like a team.

“The main force behind Quetta’s win in PSL 4 was the fact that we played like a team and there weren’t just one or two stand-out performers, but everyone chipped in every game we played. Whilst Shane Watson was the highest run-getter in the tournament, the fact is that Ahmed Shehzad and Umar Akmal also contributed. The same was the case for our bowlers where there was no weak-link in our attack. We may have struggled initially but we were spot-on in terms of our combination once DJ Bravo joined us.”

Sohail Tanvir’s reputation as one of the top performers in the Twenty20 format was one reason why he was picked by the Quetta side for the 2019 season of the PSL. Whilst he may not have been the top wicket-taker of the tournament, the role that the fast-bowler played for his team in their victorious campaign is something that has filled him with great satisfaction as he explained, “My form at the PSL was more than satisfying as I played 12 games and took 15 wickets. As a player what satisfies you more than anything else is how you took a wicket rather than the number of wickets. This is because sometimes a rank full-toss can get you a wicket, but the batsman plays and misses a perfectly good wicket-taking ball. So, I am very satisfied in the way I bowled with good rhythm and how well I performed at times when my team needed my help the most.”

The 18-year-old Mohammad Hasnain’s dream PSL debut where he bowled with pace and fire is something that has become one of the main talking points of the tournament. In Sohail Tanvir’s experienced eyes, the youngster whilst blessed with all ingredients for a good fast-bowler has a long way to go before he can be classed as a top-class bowler.

“There is no doubt in anyone’s mind that Mohammad Hasnain can bowl with good pace and all the signs are good so far especially given the amazing way he bowled so well in the final of the PSL in front of a jam-packed crowd in Karachi. But we will need to be careful in the way we use him in the future as he is still a little raw having played in just two first-class matches. There is no doubt that he has the talent, but we need to see how he handles the pressure if given a chance to play in an international game for Pakistan in the upcoming ODI series against Australia. One hopes that he will continue to do well but more importantly, he will need to be utilised correctly by team management.”

One of the most talked-about aspects of the young speedster’s debut season at the PSL was his attitude which seemed to project a calm and mature persona which Sohail Tanvir found to his liking as well, “I really do admire his attitude as he is always smiling and doesn’t jump up and down when he takes a wicket. He was also eager to learn and was always asking for advice from DJ Bravo and myself and we were both very happy to share our experience with him. All of us at Quetta Gladiators found Hasnain to be a humble lad and someone who had his feet firmly on the ground at all times which speaks volumes about his character.”

With 121 international games, Sohail Tanvir still feels that he has a lot to contribute for his national side but is disappointed that he has been overlooked for the ODI series against Australia being played in the UAE where a good performance could have opened doors for selection for Pakistan’s World Cup squad.

“To be honest, I was very hopeful that I would be selected for the upcoming ODI series against Australia, especially because of the way I had been bowling in recent times where I have done really well with the new and old ball. It would have been great to get a chance to play for Pakistan before the World Cup and this would also have been good for Pakistan as they would have a senior bowler amongst their ranks. Having an experienced person like me is crucial as there is a lack of a senior bowler to help out our current crop of bowlers during match situations. I suppose being part of the Pakistan squad again is not in my destiny and I can only control what is within my hands, but I know that I did my best in terms of bowling, fielding and fitness and am satisfied with my own performances.”

Sohail Tanvir may feel that he has missed the boat as far as inclusion in the Pakistan squad for the upcoming World Cup, but the veteran campaigner hasn’t lost all hope of wearing a Pakistan jersey once again and is targeting the 2020 World T20 where he feels he could make a real difference for his country.

“One cannot stop hoping for a better future and whilst there may be some disappointment about not making the ODI squad, I am really looking forward to the World T20 tournament which is coming up next year and I hope my age will not be an issue when it comes to selection. If a bowler is performing well for a side and is also bringing experience to the table then there can be nothing better. There are people who are ready to label me as a specialist T20 League player and so on, but the fact is that playing for Pakistan is still my passion and I am not going to give that up for sure.”

Not many in the cricketing community felt that Pakistan had a realistic chance to win the Champions Trophy in 2017 but they defied the odds to lift the trophy and justified the unpredictable label assigned to them. A similar situation exists in 2019 where the likes of England and India are being labelled as favourites but as Sohail Tanvir explained, no team could should really be tagged as the favourites and Pakistan also have a good chance of lifting the trophy, “I understand that England are being mentioned as favourites as they have an added benefit of being hosts but the way results of games have gone in recent times, it seems that home advantage doesn’t count for much. One only has to look at the result of India’s home ODI series against Australia which they lost by a 2-3 margin to understand that every team has a chance in the upcoming World Cup. As for Pakistan, we all know that you cannot ever discount their chances of success simply because of the unpredictable tag associated with them which means that no opposition can ever relax against them. Let’s hope that we do well and win the World Cup and whether I am with the side or not, my best wishes will always remain with Pakistan.”