"I am ready to go again with my bowling" : Naseem Shah

Talented young fast-bowler Naseem Shah speaks about his recovery from a back injury and looked forward to his participation in Pakistan Under-19s tour of South Africa in June of this year. 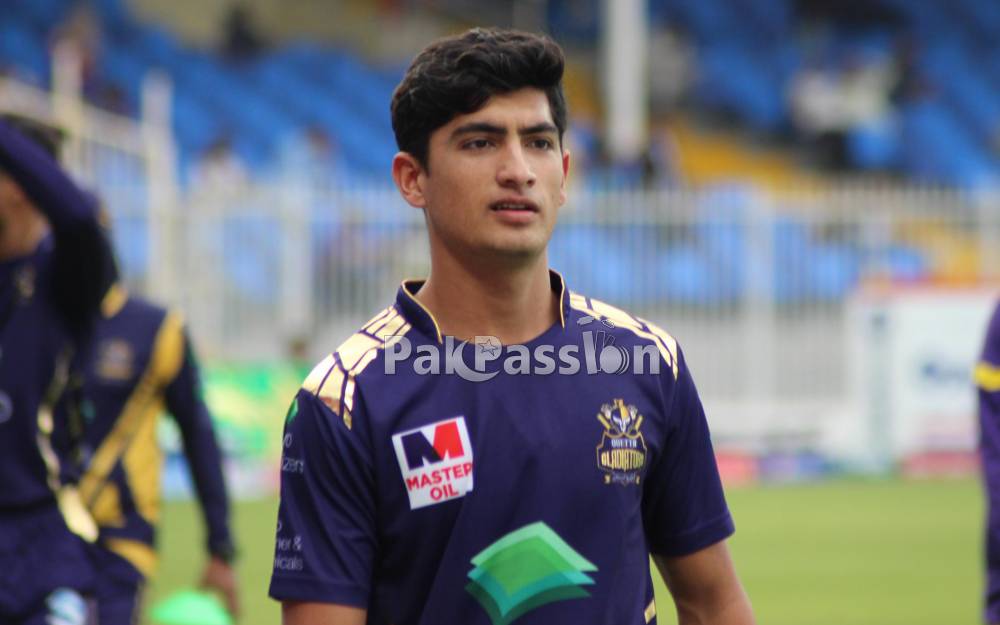 This year's Pakistan Super League tournament was memorable for many reasons. Whilst the intensity of the competition had remained pretty constant in all editions of Pakistan’s premier Twenty20 tournament, what really set PSL 4 apart was the emergence of some exciting express-fast-bowling talent in the shape of Mohammad Hasnain, Mohammad Musa Khan and Mohammad Ilyas.

Each of these youngsters had been marked as ones to watch at the PSL and did not disappoint. However, one name that could have easily featured in the list of successes for the tournament was 16-year-old Naseem Shah.

Selected to play in the PSL after he impressed the Quetta Gladiators team management with his performances for the Pakistan Under-19s during the ACC Under-19 Asia Cup tournament in 2018 and for ZTBL on the domestic circuit, Naseem was perhaps one of the most talked-about emerging picks in the PSL Player Draft for the 2019 edition of the tournament.

However, a cruel twist of fate saw the teenager pick up a lower-back injury before the start of the PSL and his place was given to another emerging talent, Mohammad Hasnain. To their immense credit, Quetta Gladiators in recognition of his talent, allowed Naseem to remain with the squad throughout the tournament to allow him first-hand experience of a top-quality competition and to allow him to train and work with the assortment of international talent at the Gladiators.

Whilst Naseem trained with the squad, Mohammad Hasnain made most of his unexpected opportunity to pick-up 12 wickets during the PSL. His performances impressed the national selectors enough to pick him for the 5-match ODI series against Australia in UAE and he was subsequently named for Pakistan’s provisional ICC World Cup 2019 squad.

Pakistan have always been blessed with riches in the pace-bowling department and whilst the progress of Hasnain from a virtual unknown quantity to the Pakistan World Cup squad is something to be marvelled at, it is perhaps worth wondering how things would have turned out for young Naseem had he not been injured for the tournament.

This is a thought that Naseem has decided to put aside for the moment as he charts out his way back from the injury, he suffered in early February 2019. In conversation with PakPassion.net the pacer was philosophical about his career to-date as he explained, “Injuries are part and parcel of any cricketer’s life and I cannot change the past. It was written in the stars the way it would turn out. But I am glad that my replacement Hasnain has done well for himself and is ready to serve Pakistan when needed.”

Speaking of his recovery from an unfortunate injury before he could play in his debut season in the PSL, Naseem felt that he was well on his way back into contention for top-level cricket after playing a handful of club games after rehabilitation work at the National Cricket Academy in Lahore.

“Thanks to the Almighty, I have recovered well from the injury and am improving with every game I am playing now. So far, I have played 3 games for my club, and I can say with confidence that my fitness is much better compared to earlier times. This is simply due to the hard-work and training I have been doing. My bowling speed has also seen a lot of improvement and to be honest, I am feeling much better about my fitness and bowling than before.”

How Pakistan could have used the services of a fit and ready Naseem Shah had he been successful during the PSL is obviously open to conjecture but it's important for this young talent to be re-inducted in Pakistan’s future plans as soon as possible. It is in this regard that the Pakistan Under-19s planned tour of South Africa this year to play seven 50-over games between 19 June to 7 July will be crucial for Naseem’s progress. The young fast-bowler is understandably excited about the prospect of being selected for this tour.

“I am working very hard on all aspects of my game to be fit and ready for this very important Under-19 tour of South Africa. To play for Pakistan at any level will be an honour and I am confident that I will be in a good position to be selected for this tour. I just need to get more game-time out in the middle and get more overs under my belt.”

For a young bowler of the talent of Naseem Shah, the opportunity to play for Pakistan Under-19s is one important step towards the ultimate goal of representing Pakistan at the senior level. Whilst the injury before PSL 4 came at the most inopportune time for the youngster, he has now fully recovered and seems to be in good shape, mentally and physically, to take on future challenges, “I would like to thank the staff at the NCA who have overseen my rehabilitation and brought me to the point that I am now playing club-level games. I feel that my rhythm and pace are back to pre-injury levels and I would like everyone to know that I am ready to go again with my bowling."