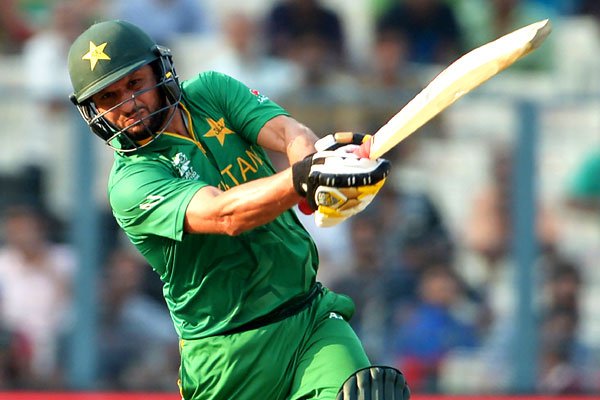 There's no such thing as bad publicity, or so the old adage goes. Going by this principle and some of the reactions to Shahid Afridi's autobiography titled Game Changer, it seems that the book is guaranteed to be a rip-roaring success as it gets released worldwide this week.

Affectionately known as Lala to his millions of adoring and loyal fans, Afridi has brought in the same flamboyant, no-nonsense and take no prisoners style to his life's story which made him, at times, the bane of many opposition sides during his career as a cricketer.

There will be disappointment for those who were expecting a calmer and circumspect Afridi to emerge from the pages of his autobiography as virtually every other page has some striking revelation or blunt reflection that is sure to astound many readers.

While in Afridi's own words, the book should not be seen as an expose but simply as an attempt to clarify some issues which had already been discussed, but one cannot but help wonder if there is more than what meets the eye and Game Changer is literally doing what the title suggests.

For far too long in Pakistani cricketing circles, theories and reports have existed about ill-will between players and other personalities but the players on their part have remained tight-lipped about such issues. Afridi's book has, in essence, changed the game by bringing out these 'facts' to the forefront, thereby opening doors for other players to open up about these issues in future.

'A disturbance in the force', is how Star Wars character Darth Vader would describe the seismic effect Afridi's book seems to be having and the jury is still out on the actual motives behind the publication of the tell-all book.

What can be said, though, with great clarity is that there are some big names of Pakistan cricket who are probably feeling rather uncomfortable after hearing or reading what the charismatic former all-rounder has written about them.

First in line is Waqar Younis. The bowling partner of the great Wasim Akram has come under fire from Afridi for his inability to captain the Pakistan side and also for his incompetence as head coach. While Waqar is yet to respond to what Afridi has penned about him, it's not hard to imagine the damage to his reputation done by such criticism coming from a senior player like Afridi. Younis's reign as Pakistan coach was known for being a troubled one, so Afridi's comments could open up a few old wounds, but the repercussions on his reputation could be something Waqar could have done without.

Next to feel the wrath of Afridi's pen is the street-fighter himself, Javed Miandad. To be regarded as one of Pakistan's greatest batsmen and then being unceremoniously labelled as a 'small man' for the faults in his character would have hurt. True to his reputation as a fighter, Miandad responded almost immediately to refute any allegations about him but the damage, in many eyes, was already done and that is evidenty by the 'I told you so' comments from the electronic and social media.

And it's just not the people who have been directly mentioned in the book who seem to be up in arms about what is written in the book. There also have been negative reactions from some other Pakistan players who probably have held a grudge against Afridi for a while. The autobiography has thus given them a chance to voice their dislike for Afridi and no better example of that can be found than the remarks of Imran Farhat who has accused Afridi of blackmailing the PCB among other things. It's fair to say that Afridi's charisma has limits and the autobiography does present a chance for many to air their grievances against 'Boom Boom'.

Younis and Miandad are part of Pakistani cricketing folklore and comments from Afridi about the two greats have not gone down well with everybody. But the mention of spot-fixing affair and its participants, some of whom are still involved with Pakistan cricket is rather more serious. Mohammad Amir is part of the Pakistan squad, currently on tour in England and is vying for a place in the final squad of 15 players for the World Cup 2019 and the last thing he would have wanted would be the return of the sordid saga.

While many would welcome the opportunity to learn more about the spot-fixing episode, quite a lot would want to move on as lessons have already been learned and actions have been taken to avoid a repeat. To his credit, Afridi has also attempted to demystify some of the elements surrounding his character but as always, the not so good bits have received more attention.

The confusion around his age is one that he tried to clarify in good faith but it seems that his attempt to right a wrong by stating what now appears to be an incorrect year of his birth has caused more confusion. In many ways the age issue seems in line with his maverick nature and something which his fans will forgive as a 'Lalaesque' part of his character.

It also appears that Afridi's book just hasn't affected the cricket personalities in his own country but also caused a furore on an international scale as well. The references to the former Indian cricketer-turned-politician Gautam Gambhir. The Indian cricketer who has never hidden his dislike for Afridi has responded in his own style, to which Afridi replied during his book launch ceremony in Karachi. It seems that the matter will not end here, and this is where Game Changer is expected to continue making news headlines for many more days to come.

Afridi's style of thinking is in line with his cricket, it revolves around speaking what's on the mind without caring about the reactions. The similarities between his batting style, where he would play in the way he saw fit regardless of advice given to him by coaches or teammates, and his writing is quite clear with the way he has approached some of the sensitive issues in his book. Despite all his failings and criticism of his actions, it is this Afridi that the crowds would throng to watch in stadiums and it's also the reason why Game Changer will become a rallying cry for his millions of fans, worldwide.