Former Pakistan bowler looks forward to the upcoming tour of Australia, criticises the team management for poorly thought-out plans and discusses why he feels Mohammad Hasnain can be a potent force in all formats. 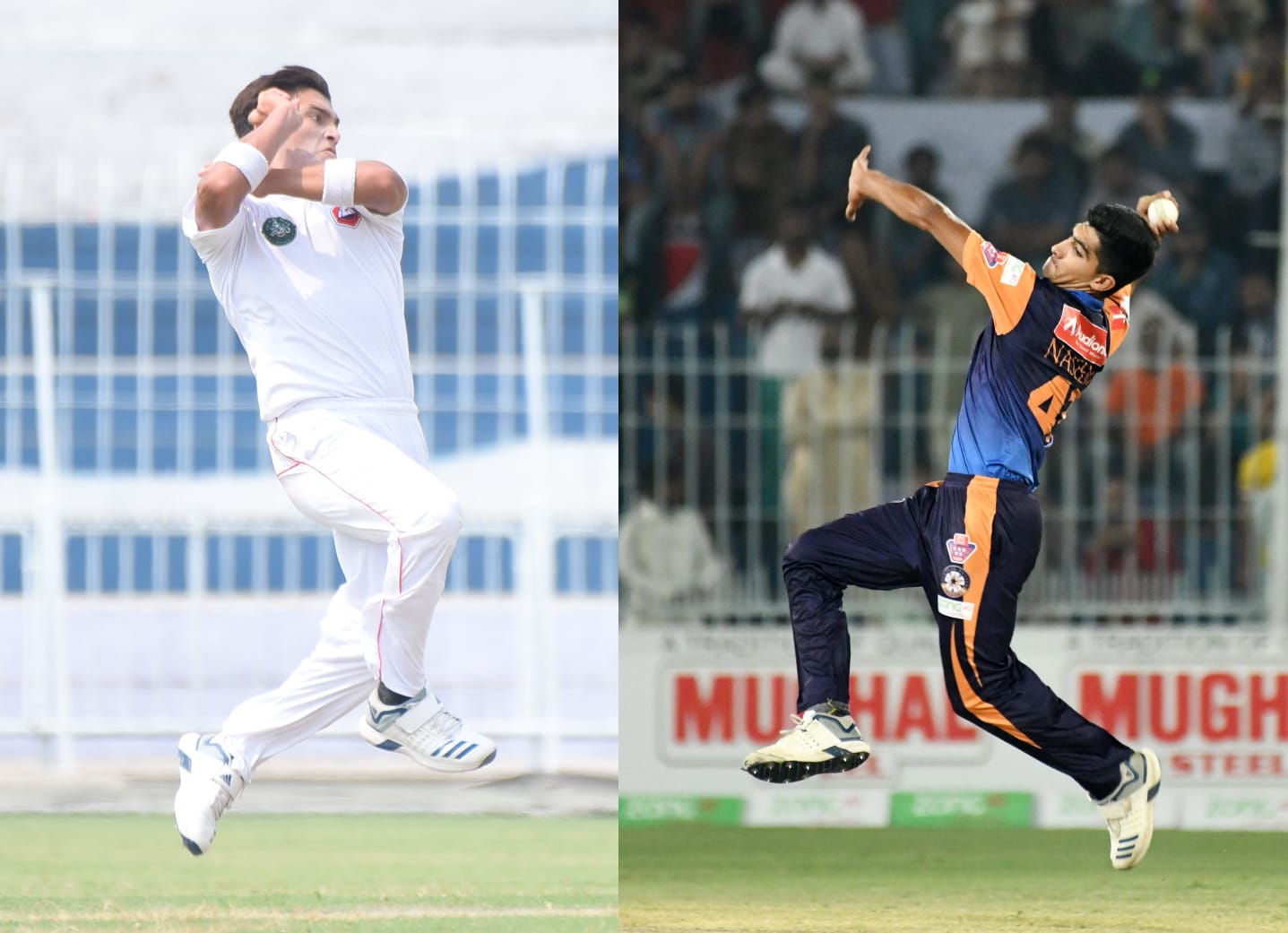 Pakistan cricket has gone through its usual period of uncertainty and drama in the past few weeks which include major changes being made to the domestic set-up, team management, the appointment of coaches and the formation of a new selection committee. Whilst the jury is still out on the efficacy of such changes, the unexpected T20I series loss to a depleted Sri Lanka side hasn’t helped PCB’s cause as they look to address Pakistan’s failing fortunes. If the words of former Pakistan fast-bowler Aaqib Javed are any indicators, darker times lie ahead for Misbah-ul-Haq and his wards as they prepare for the tour of Australia.

“Many better-quality sides from Pakistan with top notch world-class players have struggled and failed to win in Australia in the past, so why do we think this side will do any better in the T20Is and Tests in the upcoming tour? We have been number one in T20Is due to the fact that players like Hassan Ali and Shadab Khan were in good form and we had some good performances by Shoaib Malik and Mohammad Hafeez, but clearly that is not the case this time around as Hassan, Malik and Hafeez aren’t even in the side. I accept that in T20Is, you can have out of the ordinary results in one or two games, but I do not see this side being able to win the T20I series in Australia and I do not see them winning any matches in the Test series either,” said Aaqib.

Further commenting on what he feels is a distinct lack of proper planning by the new management, the former Pakistan fast-bowler explained why a tour of Australia is probably not the best way to expose budding talents such as Mohammad Musa and Naseem Shah to the vagaries of international cricket, “What is not clear to me is why younger talents like Musa and Naseem were not given a chance to play international cricket against Sri Lanka at home as that would have been the ideal strategy to given them a taste of top-level cricket. Our young bowlers are used to the lengths that are needed to succeed on home wickets but will have no idea when they are asked to bowl in Australia and that could spell disaster for us,” he added.

And the problem of adjusting to new conditions is not one that would be novel for Musa and Naseem in Australia, as Aaqib pointed out that bigger names then the two youngsters have struggled in the past in Australia to make any headway, “We all know about the capabilities of a bowler like Mohammad Asif who in his prime was making the best batsmen in the world dance to his tune but when he debuted for Pakistan in Sydney in 2005, he gave away 88 runs and came away with no wickets to his name as he just couldn’t adjust to the Sydney pitch; in fact Asif’s performance was so abysmal that the Late Bob Woolmer had recommended in his report to the PCB that Asif was a useless bowler and had no talent, and had no real future with Pakistan!”

The Pakistan Super League has been credited with introducing some special talents in the shape of Hassan Ali, Shadab Khan and more recently, Mohammad Hasnain. Whilst Hasnain has had some success in T20Is, there are concerns about his suitability for the longer format. As someone who has coached many pacers in his time with Pakistan and also in his association with Lahore Qalandars, Aaqib feels that Hasnain, if handled with care, can also become a potent weapon in all formats.

“Only two bowlers really impressed me in last year’s PSL; one was Haris Rauf and the other was Mohammad Hasnain and I have high hopes for both. Whilst Haris needs to put in more performances in the next PSL to prove his case for a place in the Pakistan side, in Hasnain’s case, I feel that we need to allow some time for him to develop as he has a lot of potential. After all, not everyone can bowl at speeds in excess of 150KpH! It’s my view that if you are blessed with such natural pace, you can learn the rest of the skills such as variation over time so Hasnain is a great prospect. We must also realise that he is in the middle of an age range of 16-22 years where the majority of fast-bowlers can pick up injuries if exposed to the pressures of international cricket, so we need to be careful about pushing him too hard. What Hasnain needs to do now is to train his body for longer bowling spells. Also, his bowling action needs a little work as his front-leg collapses at the point of delivery due to which his knee and ankle are exposed to extra pressure and cause problems for him, as has happened in the recent past as well. Pakistan need to develop him gradually and continue working on his fitness and good results will follow.”

Pakistan’s Test bowling attack faces a big crisis and will be severely hampered in Australia by the loss of Mohammad Amir and Wahab Riaz who have decided to give up red-ball cricket. Instead of bringing in tried and tested names, the Head Coach and Chief Selector Misbah-ul-Haq decided to infuse fresh blood by picking the teenage talents of Mohammad Musa and Naseem Shah for the tour of Australia. In Aaqib’s opinion whilst both players have robust records at home, they will struggle in Australia, “I really feel both youngsters are tough competitors and have been holding their own in the ongoing Quaid-e-Azam Trophy but I feel that it’s too early to bring them into Test cricket. I will go back to my original point and say that Australia is the last place for them to be beginning their careers. The length that we bowl in Pakistan can become too short for pitches in Australia and the bowlers can get pulled away by batsmen with ease. Then when inexperienced bowlers try and adjust the length they run into other problems. No matter how much Waqar Younis tells the youngsters, they simply won’t have the experience to adjust to those conditions and to execute the plans that their bowling coach gives them.”

The conditions encountered in Australia have always been a matter of concern for visiting sides from Pakistan and after every failed attempt to win a Test series down under, there seems to be a hue and cry about what needs to be done to provide more exposure in Australia to Pakistan players, well ahead of the tour. This is a point of great concern for Aaqib as well, “I fail to understand why the PCB, with all the resources at its beck and call, cannot send some of its promising younger players to play grade cricket in Australia so that when it’s time to represent Pakistan in Australia, they have a good idea of what to expect on that tour. If we look at the justification given by Misbah about Usman Qadir’s inclusion in the Australia-bound squad, it’s clear that he has been chosen because he has been playing in Australia for the last three years. This was due to the efforts of Lahore Qalandars who sent him to Australia and if they can send players to gain experience, the PCB could have easily taken a similar step and sent their younger players out to Australia as well. The same idea should be applied for tours of England and I am sure better results will follow but unfortunately, PCB seem to have other ideas.”

Termed as the giant of Pakistan cricket for his height, Mohammad Irfan was considered to have great potential but somehow, never managed to hold on to a regular position in the Pakistan side. His selection for the upcoming T20I series against Australia has therefore been a surprise to many, but to the trained eye of Aaqib Javed, Pakistan have made the right call with his inclusion, “He has been a decent performer in the Twenty20 format and as such is a good pick for this tour. To be honest, I am more unhappy and sad about the fact that the previous 3-4 years have been wasted for Irfan when he could have been playing for Pakistan in the shorter formats of the game. In PSL, I find him to be the most effective bowler and the only other bowler in that category is probably Wahab Riaz so his selection for the tour of Australia is not a shock but is a no-brainer to me.”