"Surprised that Kolpak is being blamed for South Africa's recent struggles" : Hashim Amla

The former South African batsman spoke about his country's struggles in the longest format, T10 cricket and his hopes of being picked at the PSL draft. 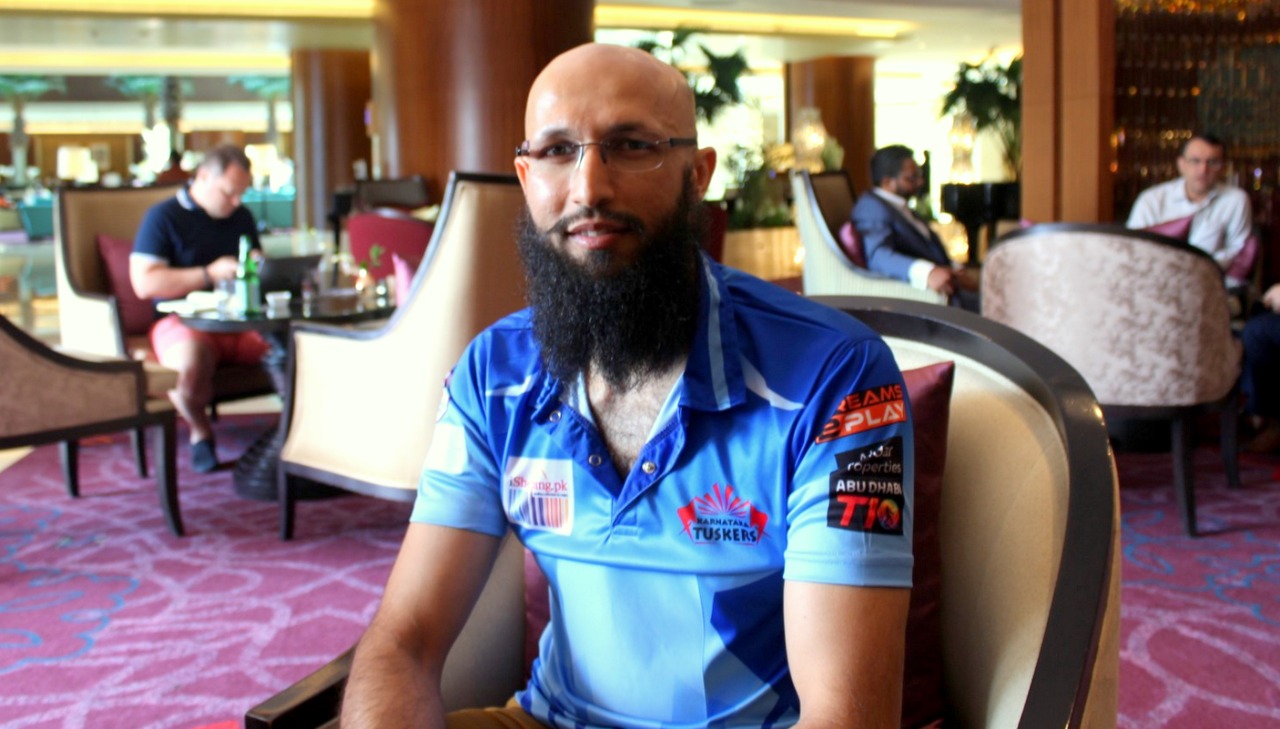 Hashim Amla’s retirement from international cricket was one that took the world of cricket by surprise. At the age of 36, the South African batsman still had the capability and skills to continue to soldier on for his country, but true to his selfless nature with a view to allowing newer talent to emerge, the Proteas' second-highest Test run scorer with 9,282 runs in 124 matches, decided to call it a day in August of this year.

His distinguished career saw him become the first non-white Test captain in the 2014-2016 period and in his typical understated style which he made his very own during his time in international cricket, the South African batsman and first permanent non-white Test captain refused to delve in his own personal milestones when asked about the highlights of his career stating, “I think being involved by and large in a winning side like South Africa was a real privilege and I am really grateful to The Almighty for that opportunity. To be playing for a side that won so many times was indeed a nice feeling. During my career, I had the chance to play with players of the calibre of Jacques Kallis and Graeme Smith who really are colossal figures in cricket’s history. So, to play alongside such distinguished names was a highlight of my career and then to play with and against cricketers of my generation such as Chris Gayle, AB de Villiers and Morne Morkel was special as well. To play along such players and watch theirs and my careers progress though the good and tough times is something I will cherish forever and those are the memories that will stand out for me,” he added.

The world of cricket seemed to have come to terms with the advent of Twenty20 cricket after initial reservations but not many could have imagined a format shorter than the twenty-over version could also arrive at the scene which is exactly what happened with the establishment of the T10 league in the UAE. Now in its third year, the shortest format of the game seems to be gaining some supporters with Hashim Amla being one of them.

“This is my first experience of the T10 format and I have found it to be quite an exciting style of cricket. It presents a stern challenge for both batsmen and bowlers where the skill-sets are pretty similar to those required in Twenty20 cricket. There is rhythm to this sort of cricket which you as a player need to get into and just like in the Twenty20 format, one player or one over can change the complexion of the game. In my conversations with some of the spectators, I was told that so much can happen in a quick period of time that they don’t want to miss even one ball. This may well be true for every cricket game but in T10 there are so few balls to play with, so the importance of every delivery just goes up in value. In my side, Karnataka Tuskers, we’ve had a great and seasoned coach in Tom Moody here at the T10 and a number of inexperienced and young players. I feel that leagues such as the T10 League can help younger players grow quicker than they would playing regular domestic cricket. Instead of waiting a long time to get a chance to play international cricket, they are now exposed to top-level players from around the world and that is great for their skill set.”

The 3-0 drubbing in the Test series for South Africa at the hands of India sent ripples of discontent and concerns within the Proteas setup. The dearth of talent available for selection by the South Africa side has been blamed on the absence of quality talent which is being lost to the effect of the Kolpak ruling. For Amla, this is simply a convenient excuse to hide the fact that India were simply superior and that South Africa simply need to perform better, “I find it very amusing whenever this whole subject of Kolpak and its effects on South Africa cricket are brought up. Kolpak has been around for a long time, and so it’s surprising to me that it is been touted as the reason for all evils only because we lost the recent Test series to India. I do not want this idea to become a convenient excuse for what basically were bad performances against India. When I was playing domestic cricket, we had quite a number of Kolpak players in our domestic teams also but then there was no talk of this subject at that time. Let’s be honest about it, India are a really good side and they will probably beat all teams at home and the fact is that we did not play that well during the tour. Now, one may argue that I am saying this because I have signed to play for Surrey next year as a Kolpak player but my story is slightly different as I have a few years of international cricket under my belt. The fact remains that this whole issue has gained importance just due to recent bad performances.”

Whilst today’s cricket players travel the world looking for opportunities to play in the various T20 leagues, a few players like Hashim Amla see the value of playing in County Cricket as means of professional advancement. For Amla who has had 2 previous stints with Surrey, his latest foray into County cricket is one that he is looking forward to, “I am extremely excited about my next stint for Surrey. This will be the third time I will be playing for them after I was part of the Surrey team in 2013 and 2014 seasons. I thoroughly enjoyed being part of the club and it was great to be involved with them in those seasons and for that I have to commend Alec Stewart and his staff for their work as they have been excellent. To me, playing County Cricket is a great experience and I have been lucky to have involved nearly every season in one County or another for the last ten years. Playing in England is an amazing experience as I like getting into the rhythm of County Cricket, and I can’t wait to renew my association with Surrey next season.”

The Pakistan Super League’s fifth season is all set to be played in 2020 and fans and observers are eagerly awaiting to see which players are selected by the six franchises at the conclusion of the player draft in early December. For Hashim Amla, selection for a PSL franchise could well be an important milestone that he has not been able to achieve until now as he explained, “If the opportunity arises, I am really looking forward to taking part in the PSL and am really excited about that prospect. During my time as a South Africa player, I did not get the opportunity to play for a PSL side due to my international commitments but now to get a chance to play in this tournament will be great.”

The enthusiasm for cricket amongst followers of the game in Pakistan has few parallels and the plans to hold the complete edition of the PSL in Pakistan is sure to take the passion for the game to newer heights. As part of the World XI squad that visited Pakistan in 2017, Amla has had first-hand experience of the love for the game in the cricket-mad country and is now looking forward to performing in front of them, if given the chance in next year’s PSL tournament. “Playing in Pakistan will be a great honour for me as I have been there a few times in the past. My first visit was in 2007 when I toured the country with the South African team and then I was part of the World XI tour of Pakistan which happened about two years ago. I really enjoyed all those occasions and obviously Pakistanis went out of their way to welcome us there. What became clear to me each time I have visited Pakistan is how much Pakistanis love their cricket and it also shows us how much cricket means to them, and why they want Test cricket to come back to their country. This is also why I will be hoping that I get another chance to play in front of Pakistani crowds, if I am selected for one of the PSL sides.”