"My aim was always to provide an example for others to follow in my country" : Sandeep Lamichhane

The Nepalese leg-spinner spoke about his rise to stardom, his experience of participating in PSL 4 in Karachi and discussed the T10 format. 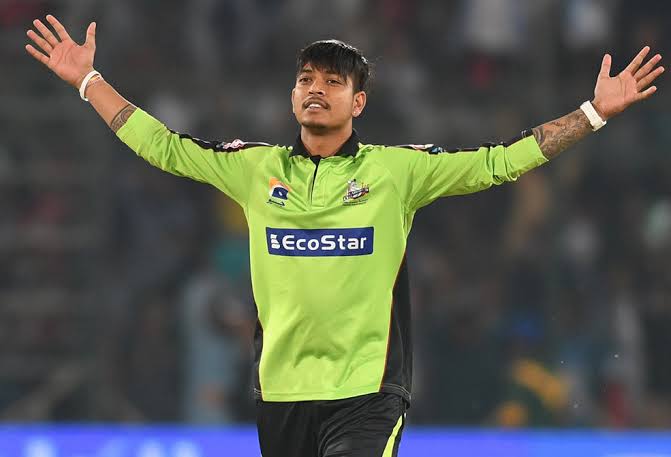 The world of cricket was taken aback in May 2018 when a 17-year-old wrist-spinner from a country not known for producing international cricketers was named to play for the ICC World XI against the West Windies in a memorable T20I game at Lord’s. The name of Sandeep Lamichhane soon became a popular name in the line-ups of the world’s top Twenty20 league franchise sides. From the Indian Premier League, Big Bash League to the Pakistan Super League, the Nepali teenager has continued to showcase his skills and has become a well-respected name at a very early age.

Not satisfied with making a name for himself in the Twenty20 format, Lamichhane has also ventured into the newer and exciting world of the T10 format and in the recently concluded Abu Dhabi T10 League, proved that he has what it takes to succeed in various formats, despite the challenges presented to him as he explained, ”The T10 format is a challenge for not just bowlers but also for the batsmen as they are expected to score runs at a fast rate which can be risky. For a bowler, especially a spinner, to try and stop runs is a huge ask and there really is no time to relax as ten overs can go very quickly. Sometimes perfectly reasonable balls can go for a six and a rank full toss can earn you a wicket when you least expect it.”

The Pakistan Super League has been a welcome addition to the growing list of Twenty20 Leagues around the world with some renowned cricketers plying their trade in Pakistan’s premier short format tournament. Sandeep Lamichhane was part of the Lahore Qalandars squad that took part in the Pakistan leg of the tournament in early 2019 which was an experience he clearly enjoyed.

“The feeling that I got of playing in Karachi was just incredible. The crowd was absolutely lovely and the respect they gave to me as well as all the players who came to Pakistan was something I will remember forever. We could all see the joy in the faces of the supporters as they watched top-quality cricket being played in their country.”

To say that Sandeep Lamichhane’s rise to stardom has put Nepalese cricket on the world map would be a fair assessment of the effect of the young spinner’s achievements and, as he explained, the future of Nepalese cricket has never looked brighter, “Nepalese cricket has been effected by some internal administrative problems in the past 3 or 4 years, but I am glad to say that we are moving ahead rapidly and all the players are now much happier and much more motivated than before. The future of Nepal cricket is bright as the players have a proper system to progress in and if we can now improve our infrastructure further then the sky is the limit for us.”

For a 19-year-old, with 24 international appearances for his country where he has taken 43 wickets, Sandeep Lamichhane has done remarkably well to keep his feet firmly on the ground and taken fame in his stride. Looking back at his nascent career, Lamichhane knows exactly how tough the road has been to reach this stage of his life.

“It’s been a beautiful journey because there was a time when I had not much in life. Whilst I had the support of others, I had to find a way to stand up by myself and look after my family and at the same time make my country proud of my achievements. My aim was always to provide an example for others to follow in my country where traditionally there was little interest in cricket, especially for the youngsters whose parents did not see a future in the game due to a lack of facilities in Nepal. I felt that if I could be honest in my efforts, I could achieve anything and I am glad to say that with my example, I now see many more parents taking their kids to cricket academies and the game is flourishing in Nepal.”

Whilst Sandeep Lamichhane may well be setting an example for others to follow, he fully recognises the contribution of all his fellow cricketers from Nepal who have made the same journey as him and are driving the game forward, “The Nepal cricket story is one that can be best described as a labour of love where cricketers played the game simply because they had the passion for it, with barely any money in their pockets and then took the game to the level it’s at now. Apart from myself, our former captain Paras Khadka has also made a name for himself and is also featuring in franchise cricket and I do hope that more cricketers will follow his example and come through our system in the future and become heroes for the nation.”

To make his way to top-level cricket without an example to follow in his native Nepal was a tough ask but Sandeep Lamichhane found a worthy role model in Shane Warne who became a hero for the young spinner, “I used to follow Shane Warne from a young age as I would hear his voice on radio cricket commentary and would try and put in to practice the advice he would give whilst commentating. I would also watch his videos on YouTube and try and emulate what he was doing. I am thankful to all our coaches and especially Michael Clarke who took me to Australia to get me trained and it is this sort of help that has made me what I am today.”

With motivated and talented cricketers like Sandeep Lamichhane in their ranks, there is every reason to believe that Nepal will continue to rise and one day be recognised as a force in international cricket. They have already achieved a significant milestone in their cricket history by being awarded T20I status by the ICC in 2014 and are already considered one of the tougher upcoming sides to beat in the format. For the likes of Lamichhane, the love of playing cricket is only matched by his hunger to represent his country in the highest form of the game, “We have been working very hard to take our team towards the ultimate goal of making our country a Test playing nation in the near future which will surely make each and every person in Nepal extremely proud. I love playing franchise cricket but let me assure you that even if I could play hundreds of such games, it would never give me the personal satisfaction I would get from playing even one Test match for Nepal. Hopefully that day is not too far away and it would be an honour for me if I can say in the future that my contributions helped us achieve Test status.”