"Babar Azam is of the same calibre as the world’s top batsmen like Virat Kohli" : Luke Ronchi

The Islamabad United batsman spoke about the 2019 World Cup final, experience of playing PSL in Pakistan and the importance of the T10 format. 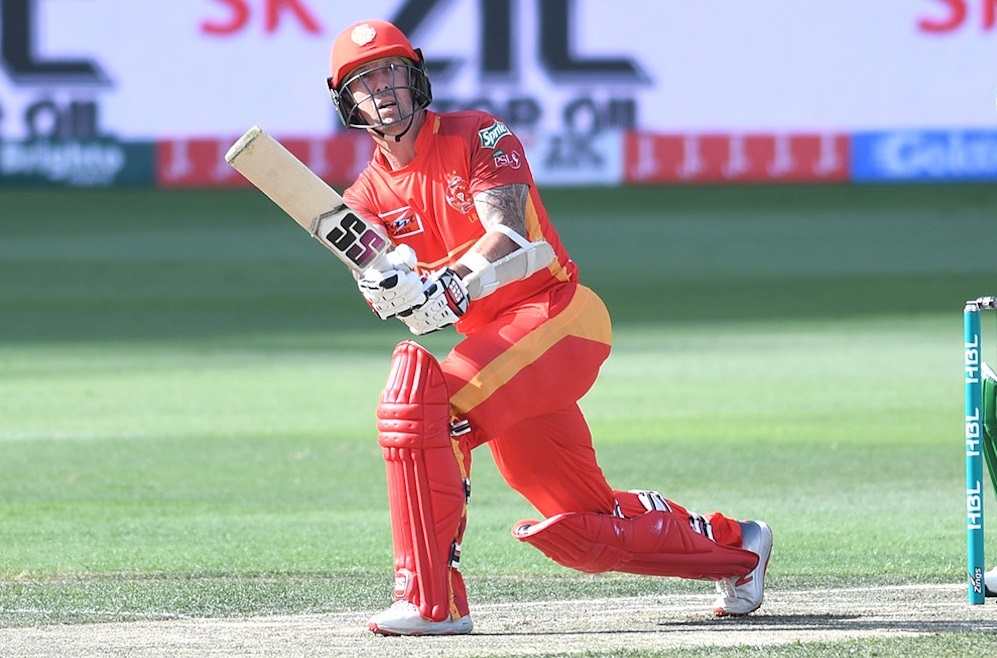 The 2019 World Cup final contested between England and New Zealand is widely regarded as one of the most memorable games in the history of cricket. The two teams were tied on 241 runs at the end of the match, resulting in a Super Over being used to break the tie. On the final ball of New Zealand's Super Over, Martin Guptill attempted to score the winning run but was run out by wicket-keeper Jos Buttler, resulting in the Super Over also being tied. England were declared the winners on boundary count, resulting in heated debate over the merits of such a rule.

Part of New Zealand’s support staff for the World Cup, opening batsman and a star-performer in his own right, Luke Ronchi was fortunate enough to witness the final of the tournament at close quarters. Whilst his side ended up on the losing side based on a rule that was later changed by the ICC, the New Zealand batsman felt that the world of cricket was richer after the magnificent final at Lord’s, as he explained in an exclusive interview with PakPassion.net.

“I guess at the end of the day, it was what it was. Those were the rules at that time, so I suppose one has to accept it and go by those rules, but unfortunately, we were at the losing end of that result. Regardless of who won the game, it was an amazing World Cup and most importantly it was an amazing finale to the tournament. The final was an amazing spectacle and even as a member of the support staff, you know that you can tell people that you were involved in a game of cricket that will never ever happen again in terms of how events unfolded that day.”

The T10 format seems to be the ideal style of cricket for a player like Ronchi who has made it his mission to smash bowlers around the ground. A batsman known for his sensational striking power with 196 T20s to his name where he has scored 3951 runs at a strike rate of 153,31, Ronchi has many words of admiration for T10 where he recently played for Lahore Qalandars in Abu Dhabi, “It’s an exciting format and to me it’s another version of cricket that will hopefully allow a new set of fans to enjoy the game of cricket. From a player's point of view, it’s an action-packed version format which is always good to be a part of. This was the third year that I was involved with the T10 in the UAE and it was all great fun and hopefully we managed to entertain people as much as we could. As an opening batsman, T10 is a big challenge and you just need to be ready to go from ball one of the innings as there isn’t much time to adjust. Of course, sometimes it works, and other times it doesn’t but you need to go out with the mentality and be prepared to hit the first ball for four or six which is a big challenge in this format.”

Luke Ronchi has been a part of two seasons at the PSL for Islamabad United and has established himself as one of the toughest batsmen to face for bowlers in the tournament. When the final few matches of the PSL were moved to Pakistan in 2018 and in 2019, Ronchi was foremost in making himself available for the ‘home’ leg of the tournament. He was also part of the title winning squad in 2018 and has fond memories of representing his side in front of enthusiastic fans in Pakistan.

“The experience of playing PSL in Pakistan has always been amazing for me. The crowds have been fantastic and as a player, this is the reason why you play cricket in the first place. You want to perform in front of enthusiastic crowds and in Pakistan, the buzz you get out of playing in front of 40,000 people was pretty satisfying for me. And every game I have played over there has been like that and it’s been a good bit of fun, and hopefully we will do the same in 2020 as well.”

Pakistan’s gradual return as a touring destination for world teams has gained pace with the visits by Sri Lanka but the stifling security has been cited as a problem for visiting players. For Ronchi, this is a necessary price to pay, as he explained, “It’s a tough question to answer as the security measures in place in Pakistan are there for a reason and that is what has to happen for everyone’s safety. But to their immense credit, they are trying to make it as easy as possible for players and to find activities for them to do during their stay in Pakistan.”

The history-making tour of Pakistan by the Sri Lanka Test squad is underway and the success of this tour could well open doors for more Test series to be played on Pakistan soil and for fans of the game and players such as Ronchi, these are excellent signs but he advises caution before too many high hopes are raised, “I am very encouraged by the signs we are seeing when it comes to the return of international cricket in Pakistan but at the end of the day, it depends on the various associations and boards on how they feel about the whole matter. At the moment, you have individual players making the decision to go to play in Pakistan and we also have the Sri Lanka team touring the country which is great news. I cannot speak about others but all I can say is that I enjoy going to Pakistan and playing there.”

No list of top batsmen in the world can be complete without the mention of Kane Williamson’s name who captains New Zealand in all formats. With over 14,000 international runs to his name, Williamson is setting new standards for others to follow and this sort of batting excellence for Ronchi is something that is common amongst all the top names in international cricket.

“I think Kane Williamson is an amazing player, he is one of the best batsmen in the world to watch and is amongst the current greats of the game like Virat Kohli and Steve Smith. As someone who has watched Williamson in action from the front row, as it were, you get to see and marvel at how such players work hard and produce those fantastic results. In fact, Virat Kohli, Steve Smith and Kane Williamson all come out and make batting look so easy which for a majority of people is not that simple to do.”

The emergence of Babar Azam as Pakistan’s foremost batting talent has been a welcome development for a side which in recent times has been struggling to find a world-class batsman to call its own. For Luke Ronchi who has seen Babar at close quarters during the World Cup and in PSL tournaments, there is little doubt about the Pakistan batsman’s quality as he has demonstrated during the tour of Australia. “With Babar Azam, I feel that he will be in the same calibre, if not there already, as some of the world’s top batsmen like Virat Kohli, Steve Smith and Kane Williamson. It’s the way he makes batting look so easy and the fact that he never looks flustered by pace or spin. He plays nice and elegant shots and he is just a stand-out batter at the moment. I really enjoyed his batting in Australia where he was Pakistan’s best batter and he was the prime target for Australian bowlers to try and get out cheaply. And when he did get going on that tour, his batting was a joy to watch for all cricket fans.”

The ICC Men’s T20 World Cup is due to be played in Australia next year and as is custom, the top teams have already been marked as favourites by most pundits but to Luke Ronchi, all teams have similar chances of winning and in his view, adjusting to conditions in Australia will be the key to success for all visiting sides, “The Twenty20 format is such that it gives each country an almost equal chance to win the tournament. With the tournament being in Australia, the chances for them winning the World Cup are quite good and New Zealand could also make a mark too. I suppose for all the other teams it’s a question of getting used to the conditions in Australia. Regardless of who wins the tournament, I feel the tournament will have a massive buzz around it which is great for the game.”