The legendary batsman spoke about the experience of attending the first Test between Pakistan and Sri Lanka, the importance of Test cricket returning to Pakistan, why Azhar Ali should be given time to prove himself and Misbah-ul-Haq's appointment as Head Coach & Chief Selector. 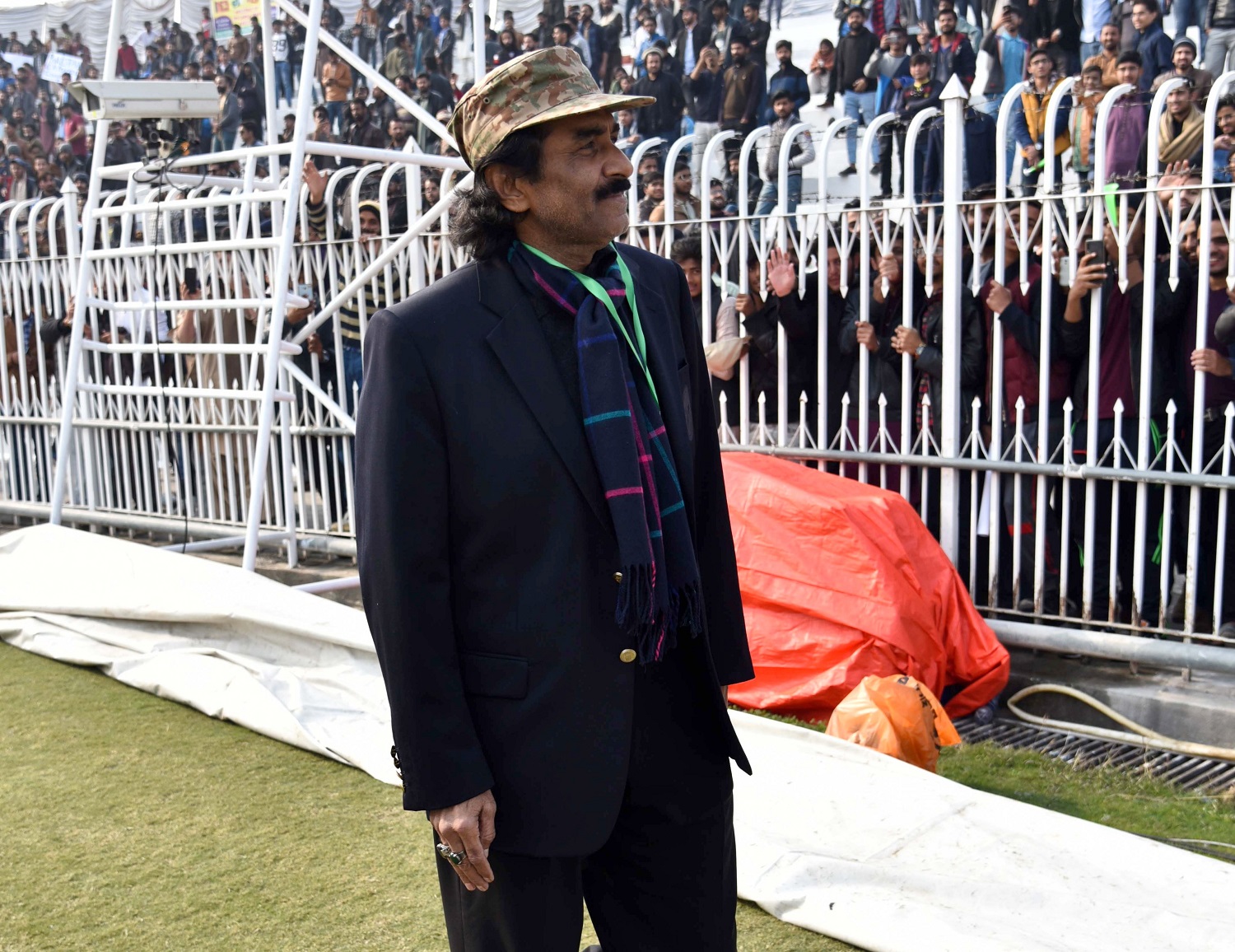 The return of Test cricket to Pakistan after a decade has brought great joy to a country starved of watching their leading cricketers play international cricket at home. It was therefore not a surprise that Rawalpindi stadium which was the venue for the first Test between Pakistan and Sri Lanka recently became a focal point of joy, not only for fans and well-wishers of the game, but also for ex-players such as former captain Javed Miandad.

A veteran of 357 international games where he proudly represented his country and scored over 16,000 runs, Miandad was present to enjoy the atmosphere at the bustling Rawalpindi Stadium sporting a Pakistan Army Cap which, as he explained in an exclusive interview with PakPassion.net, was in honour of the country’s Armed Forces. "I have always been a fighter for my country, and I recall being told by Dean Jones that the Australians feared me so much that they imposed fines for their players if they ever engaged me in a conversation in-case I upset them. Whilst I could not join the Army, I have always wanted to serve the nation. The reason I wore the cap in Rawalpindi on this grand occasion was as a mark of respect for Pakistani Armed Forces who devote their lives to serve our nation. This gesture was not due to what the Indian team did in the past, but this is just how I feel about my country's Armed Forces and the role they are playing in bringing security to Pakistan.”

Javed Miandad was not the only respected former Pakistan player at the event; he was joined by former Pakistan batsman Majid Khan as well. To Miandad, PCB’s gesture of inviting former players was one that needs praise and something that regretfully the previous administrations had neglected to do.

“It was an honour to have been present at this historic occasion at the ‘Pindi ground. Look, it's not a case of not being able to buy a ticket myself to attend such occasions but after serving the nation to our fullest, to be invited by the PCB filled me with joy. I was happy to meet my old friend Majid Khan at the ground and then when I walked around the ground, I was met by fans who greeted me with so much love, filled me with joy and brought tears to my eyes. I can only thank The Almighty for his blessings.”

The seasonal cold and rainy weather played an important part in the outcome of the first Test and the frustration of some critics seem to have been directed squarely at the feet of the PCB for the wrong choice of venue. For Javed Miandad, all talk of incorrect scheduling of the match in Rawalpindi is unfair and should not be entertained, “When we go to Leeds and it rains all day for many days, we come out smiling and shaking hands admiring the beauty of the game, then why can’t we do the same when it comes to the weather in Rawalpindi? If people have some divine connection and they can tell what the weather will be like when tours are being arranged, they should contact the PCB. If not, then best to not talk such rubbish about blaming the PCB for playing at a time when there is rain in the skies. It makes no sense to do that, instead we should all be happy about Test cricket being played on our home soil.”

The current state of Pakistan’s batting as witnessed on the tour of Australia has been a source of major concern for followers of Pakistan cricket. Whilst there have been some good but sporadic performances by Pakistani batsmen, the lack of consistency has been the cause of many recent defeats. This trend worries Javed Miandad who feels that many years of poor development within Pakistan cricket is now showing its unwelcome results.

“We have no proper grounds in Pakistan that can support the love for this game in our cities. The situation is such that kids are playing cricket on streets because open spaces are being used to construct buildings. Our school level cricket has been neglected for years such that the raw material for senior level cricket sides is not coming at the rate we expect and was in the past. And when we are getting young players, there techniques are in a deplorable state due to a lack of coaching. In such a situation, why is it a surprise that we are failing to produce decent batsmen? Our senior side’s batting woes are a result of our system that is not providing the right environments for our youngsters to develop.”

Sarfaraz Ahmed’s recent poor form in international cricket was probably one of the main reasons for his ouster as captain. His replacement in Tests, Azhar Ali, based upon the series against Australia seems to have fared no better and there seems to be growing discontent at his ability to captain and also at the lack of his own form. For Javed Miandad, appointments of captains should be made after careful thought and once decisions are made, a reasonable amount of time should be allowed for the new captain to settle in the job.

“Captaincy should not be taken lightly by anyone and once a captain is appointed after careful thought, then he needs to be allowed a few series to establish himself and show his worth before we start thinking of replacing him. In fact, my view is that a panel of experienced former players should be constituted and be made available by the PCB to advise the new captain as he learns his trade. This is because in our country, we elevate players to the position of captain without letting him develop in that position in his domestic side. This is not the case in other countries where captains of Test sides have plenty of experience playing at the domestic level. This whole process can take time and consideration as simply looking at the team’s results is not a good indicator of how good a captain is. You can have a weak captain with a good team who can win games and then you can have excellent captains with mediocre sides that fail to win matches. In my view, Azhar Ali needs to be allowed time to prove himself – one or two series are not enough to judge his ability.”

The comparisons to Virat Kohli seem to grow day by day and it would appear that with each excellent innings, Babar Azam continues to scale new heights as proven by his rise to 9th position in ICC’s Men’s Test Batting Rankings. A batsman who in his heyday could decimate any bowling attack at will, Miandad is acutely aware of the pressure of expectations placed on the young shoulders of Babar Azam and advises the batsman to let his bat do the talking, “Babar is a phenomenal batsman but he has to continue performing for his country. From my experience I can say that I would never worry about comparisons with any other player but continue performing well for my country. My bat would do the talking and I suggest Babar do the same. The only time to compare oneself to another is after you have scored enough runs and you can look back at your career with pride. There is no point talking about comparisons ahead of time. My advice to Babar Azam is, don't worry about comparisons, just put your head down, score heavily and work hard.”

Apart from his brilliant batting form which sees Babar Azam featuring in the top-ten batsmen in all formats of the game, the batsman has also been handed captaincy of the T20I team but his first series defeat against Australia as captain seems to show that he has some way to go before he can start feeling comfortable in this position. Was his elevation to captaincy too sudden? Javed Miandad is a firm believer in a slow and steady approach to such matters as he explained, “Babar should have been made vice-captain which would have given him breathing space to learn the tricks of the trade. By making him T20I captain, we may have added too much pressure on his batting which could backfire on Pakistan.”

The appointment of Misbah-ul-Haq in the dual role of Chief Selector and Head Coach raised a few eyebrows as it was largely considered a daunting tak for the former Pakistan captain. Miandad who has prior experience of coaching Pakistan fully understands the pressures that this sort of position can bring and advised Misbah to seek help if he wishes to effectively execute his duties, “I am a firm believer that coaching is not about speaking good English but actually knowing what is expected from this role as I showed during my time when I used a marble slab to help players prepare for overseas tours. I feel that Misbah can do this job too as he has the capability, but he will need help from 3 or 4 other experts who can guide him to take the right decisions and take the pressure off him.”