"The decision by the BCB to tour Pakistan is a good and sensible one" : Umar Gul

The veteran fast-bowler spoke about the revamped domestic cricket structure, the quality of pitches in Pakistan and the emergence of a battery of young fast-bowlers. 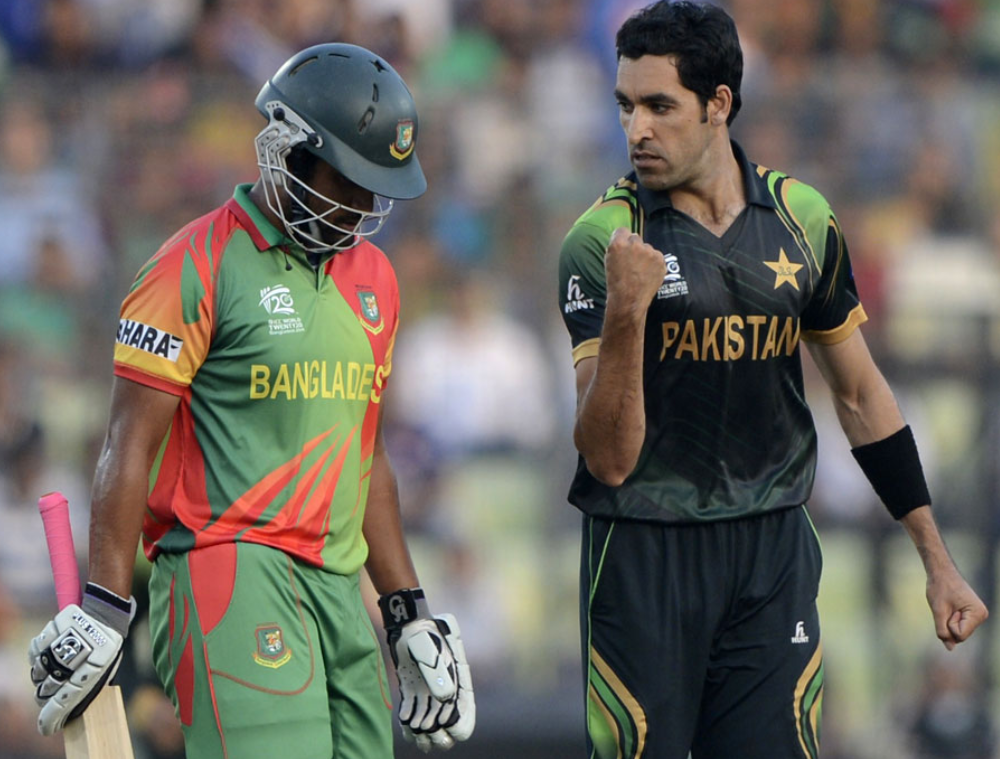 Pakistan’s recent victory in the Test series against Sri Lanka and the brilliant 2nd Test match between South Africa and England seems to have injected a new life into what some consider to be a format of the game which is in decline. Whilst the much popular and financially rewarding Twenty20 Leagues seem to capture the imagination of the younger audiences and players, the ebb and flow of the longer form of cricket has its own beauty to experienced campaigners like Umar Gul.

The 35-year-old Pakistan fast-bowler represented Balochistan 5 times in the recently concluded in Quaid-e-Azam Trophy and in an exclusive interview with PakPassion.net was sanguine about his performances in the First-Class tournament, “I’ve always enjoyed playing First-Class cricket and as a professional one is never satisfied with one’s performances. However, in this season’s Quaid-e-Azam Trophy, I could not get a steady stretch of games to play in as the management wanted to try out youngsters. Whilst not playing all games in one stretch wasn’t ideal for me, I feel that my rhythm and fitness was good in this tournament and I am overall happy with how I performed.”

The restructuring of Pakistan’s domestic cricket had long been considered a vital element in reviving the fortunes of the game in the country and the new PCB administration to their immense credit went ahead to take the bold step for the 2019/20 season. Whilst many critics may not agree with benefits of restructuring, Umar Gul is convinced that the new system is the way forward for a better future for the game in Pakistan and spoke about his impressions of the changes.

“This First-Class season was much-improved and very competitive with good hotel facilities for players and some very close matches being played, where no one side could be considered a clear favourite in any game. Another important improvement this season was the use of the Kookaburra ball which I believe was a brilliant decision as using the same ball that is used for international cricket for domestic cricket will be beneficial for domestic players. For the fast-bowlers, the use of the Kookaburra ball has meant a bit more work but compared to previous seasons, the games have gone on longer instead of ending in 2-3 days. Spinners have also benefitted as for the first time in years, we have had a spinner, Nauman Ali, as the top wicket-taker in domestic cricket. The batsmen for their part have also benefitted with Imran Butt ending up with 934 runs which shows that the overall standard of the game has really improved with the changes made by the PCB this season.”

It is inevitable that when changes of such magnitude happen in Pakistan’s domestic cricket, there will be some aspects which will require further improvement. The quality of pitches is one area that Umar Gul would like PCB to pay more attention to, due to its importance for the development of Pakistan’s batsmen, “PCB need to work on making sure that the quality of pitches is improved further. Doing this will allow us to better train our batsmen for batting conditions that they will encounter when they go away on tours. So, having hard bouncy pitches like those encountered in Australia, South Africa or England will really benefit Pakistan cricket. What we saw this season was that some of the pitches had very low bounce and the batsmen found it easy to score big runs which isn’t ideal for their development and preparation for a future in international cricket.”

The sight of a young fast-bowler sending down thunderbolts towards bewildered opposition batsmen is a sight Pakistani fans have always enjoyed over the years and to Umar Gul, the emergence of new fast-bowling talent in the shape of Musa Khan, Mohammad Hasnain, Naseem Shah and Shaheen Shah Afridi is indeed encouraging but his enthusiasm is tinged with a grain of salt.

“The emergence, after a very long time, of a group of young fast-bowlers who can all bowl above the 140KpH mark is a hugely encouraging sign for Pakistan cricket. But here I will sound a note of caution and ask for everyone to allow them time to develop and not lose patience with them if they have one or two bad games. All these young bowlers have a lot of talent and skills, but they are new to international cricket and it’s here where they need a guiding hand that only experienced players can provide. Whilst in the shorter formats, Mohammad Amir and Wahab Riaz can help the youngsters on the field, we will have a problem in Tests. The likes of Naseem Shah and Shaheen Shah Afridi do not have that much experience in First-Class cricket and there is no other senior fast-bowler who can help them on the field. However, I am encouraged by the fact that in Waqar Younis as bowling coach, the youngsters will have a good teacher to show them what is needed to perform well in Tests.”

There is no doubt in the minds of many fans and experts that the likes of Naseem Shah and Shaheen Shah Afridi are exciting prospects and have promising futures ahead of them but Umar Gul warns against hyping-up the youngsters, “Both of these young bowlers have performed really well for Pakistan in recent times but they have a long way to go before they can become great fast-bowlers. In Pakistan, we tend to label any new fast-bowler after one or two good performances as the next Wasim Akram, Waqar Younis or Shoaib Akhtar, when the reality is that bowlers have to perform well for long periods before being recognized as great. All we can say is that we have a talented group of young fast-bowlers who if developed well can perform wonders for the country in the future.”

The appointment of Misbah-ul-Haq as Head Coach and Chief Selector, and Waqar Younis as Bowling Coach was met with a mixed reaction. Having worked with both players, Umar Gul is convinced that Pakistan’s future is in good hands and the younger bowlers could not have asked for a better teacher than the legendary fast bowler.

“Misbah and Waqar get along well with each other and have had a great rapport from the time when Misbah was captain and both understand each other really well. Misbah has always been a cool-minded and mature person and Waqar Younis is a legendary fast-bowler and I have no doubt that they will take Pakistan to newer heights. I would urge all fast-bowlers in the side to not wait for Waqar to speak to them, instead, they should be the ones going to Waqar and asking for advice and I am sure he will be a wonderful teacher for them.”

Umar Gul last represented Pakistan in 2016 and has not been selected for the upcoming fifth season of the PSL. For many, his days as one of Pakistan’s premier fast-bowlers are fast coming to an end but true to his nature which endeared him to many fans, he is not giving up yet and will continue to do what he does best, “I have never worried about whether I am in the Pakistan side or not. My aim is to perform well in any game I play, and it doesn’t matter if it’s a First-Class game or a club match. I am in good nick at the moment and looking forward to playing more cricket for the next 2 or 3 years. Whilst I am not featuring in the PSL this year, I am currently working hard on getting myself ready for the upcoming National One-Day tournament. I hope to perform well in this tournament and looking to the future, I would like to be a role model, on and off the field, for up and coming youngsters.”

The rather protracted wrangling between the PCB and the BCB thankfully came to an end with the announcement that Bangladesh will play a split, but full series in Pakistan. Whilst the scheduling of the matches had to be adjusted to suit the BCB, the wisdom of agreeing to hold the series was never in question as Umar Gul explained.

“There is no two-ways about it as I feel that the decision by the BCB to tour Pakistan is a good and sensible one and really should not have required so much back and forth. We all saw how safe Pakistan is when the Sri Lanka side played a full series here and they were provided presidential security as well. I believe that as Asian countries we should all support each other when it comes to such matters, and I am happy that Bangladesh has done the same.”

Riding high on the coattails of their victory against Sri Lanka, a confident Pakistan will take on a spirited Bangladesh side for three T20Is, One ODI and two Test matches. For Umar Gul, there can only be one victor in this series although Pakistan will need to make sure that they take the opponent very seriously if they are to avoid any shocks, “Pakistan is a far better side in most formats although, in shorter formats, one can say that any side that plays well on the day will always win. I am sure Bangladesh, as they have shown many times before, will be tough opponents for Pakistan and the home side must guard against complacency. However, given the strength of the Pakistan side and the home advantage that they will have, I have no doubt that Pakistan will win all three series against Bangladesh.”