The Sri Lankan legend spoke about his decision to retire from ODI cricket, the importance of the IPL and the unique challenges of the T10 format. 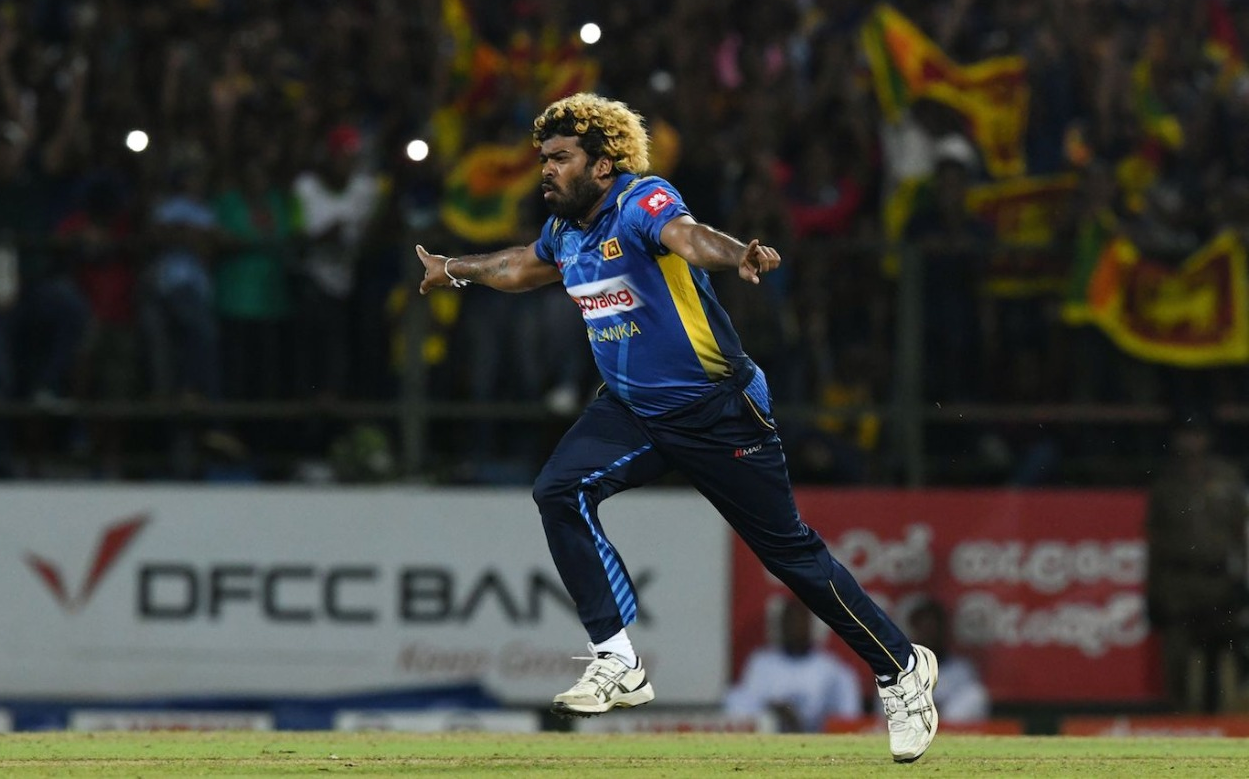 The latest edition of the T10 League held in Abu Dhabi last November ended with a strong Maratha Arabians side lifting the title after a ten-day tournament that featured some of the top names of international cricket. Amongst those competing in cricket’s shortest format was the evergreen and easily recognisable, Lasith Malinga. The popular pace-bowler was one of the key performers for the eventual T10 champions, as he once again showed the fruits of his vast amount of experience which has seen him amass 335 international appearances since his debut for his country in July 2004.

Given that Malinga has been regarded as one the world’s top fast-bowlers in Limited-overs cricket for many years, it would stand to reason that he would have found it easy to perform in the T10 format, but as he explained, this version of the game presented its own unique challenges to him. “When I first started playing 50-over cricket, I thought that was a difficult format and then when Twenty20 cricket came around, I felt that it was an even tougher version of the game to bowl in. But now, after having played in my first T10 tournament, I can tell you that this is even harder than the other formats, simply because the batsmen want to hit every single ball you bowl at them out the ground and have no care for the reputation of the bowler and they just play fearlessly. But, I believe those who are good in the challenging T10 format can become excellent and intelligent cricketers in other formats of the game also, as playing in the 10-over format will greatly improve their skills and mental toughness” he suggested.

The name Malinga has always been synonymous with his mop of curly hair, superb yorkers, a unique and eye-catching bowling action and unerring accuracy, and his retirement from the 50-over format in July 2019 was probably greeted with relief by many batsmen and their cricketing footwear around the globe. For Malinga though, the decision to retire from ODIs was one that he had carefully planned and thought about for a few years and it was a decision that he believes will extend his playing career further.

“Even when I retired from Test cricket in 2011, I took that decision without any regret and it was taken with a lot of thought. I felt it was the correct decision and taken for the right reasons as I was having problems with a recurring knee injury. At that time, I had good support for my decision from the likes of Muttiah Muralitharan, Kumar Sangakkara and Mahela Jayawardene who told me that by retiring from Test cricket, at least I would be able to play ODIs and T20Is for a few more years and serve my country in those formats, rather than playing more Test cricket and then having to retire completely from every format. But then finally, at the conclusion of the 2019 World Cup, I decided to announce that I will retire from ODI cricket after the 1st ODI versus Bangladesh in July. It’s never easy to want to stop playing in any format for your country, but I felt that this was the right time and my body was telling me that it could no longer handle the pressure and strains of 50-over cricket.”

The Limited-overs tour of Pakistan last year by an inexperienced Sri Lankan squad concluded in an embarrassing 3-0 loss in the T20I series for the hosts which to an experienced campaigner like Lasith Malinga underscores the irrelevance of ICC rankings in the Twenty20 format as he explained, “I was very pleased about the result of the T20I series we played in Pakistan where we whitewashed the ICC’s number 1 ranked team by a 3-0 margin. I feel that our young players played well but we have to remember that in T20Is, the ICC rankings are just a number and nothing more as any team can beat the other on any given day, regardless of their respective rankings. And this was proven again when Sri Lanka who beat Pakistan so easily went to Australia and duly lost all three games!”

Of course the tour by Sri Lanka's limited-overs squads was an important event in itself but efforts to restore full international tours to Pakistan received a further boost when the Sri Lankan Test side visited the country for a 2-match Test series in December. Like most cricket-lovers, Malinga was pleased that such steps were taken and duly praised his countrymen for taking this decision to tour Pakistan.

“I think this was definitely a good move as Pakistan has struggled to host international sides since the tragic events of 2009 and I am so glad that this tour happened as it showed the world that Pakistan is a safe place to host cricket. I would like to praise the courageous decision from the Sri Lankan players who went to Pakistan to play the ODI and T20I series as well as those of my countrymen who agreed to go there to play Tests as well. The memories of the tragedy in Lahore in 2009 will always be there but I think it’s important that international cricket returns to Pakistan on a regular basis.”

The Indian Premier League has been credited for bringing a revolution in popularising franchise-based cricket but the standard of competition offered has also had a positive impact on the skills of cricketers as Malinga indicated, “The IPL really changed the course of my career. Apart from the obvious financial rewards, my fortunes improved in terms of skills and situation-handling as a bowler which greatly helped me in my career. I always feel that life is like a school where you are constantly learning and the IPL where you can have 40 to 50 thousand spectators shouting for or against you, is a place where players have to learn quickly to concentrate, to think on your feet and it has been a great learning environment for me.”

The slingy action which was Malinga’s trademark is not one that is mentioned in any coaching manuals, but the world of cricket is undoubtedly thankful that he was allowed to bowl throughout his career with his natural and unconventional style. To Malinga, the danger of over-coaching youngsters is a real one but as he has proven many times in international cricket, a successful bowler is one who can win games for his side, with or without the perfect bowling action.

“I am a firm believer in the concept that we should let bowlers bowl with their natural actions and what they are comfortable with and not try and teach them to follow the coaching manuals. To me this sort of coaching destroys any natural talent that exists and cannot be a good thing. If a bowler can bowl a perfect yorker or even a wide yorker, can bowl with a good line and length and swing the ball, then that is more than enough, so why change it. If a bowler with whatever action he has can play for his country for at least three years and be a match-winner than that should be enough to realise that you don’t have to change his bowling action. A bowler who plays with a perfectly coached action and is not a match-winner is of no use to anyone, even if he plays for ten years for his country.”

The world of cricket has been blessed with many excellent fast-bowlers in recent times and as Malinga looks towards the end of an illustrious career, he is happy that a newer generation of speed-merchants are ready to take the baton and continue this tradition.

”I am really impressed and happy with the progress of Kagiso Rabada and Jofra Archer. Both of these bowlers are intelligent, adept at using variation and also read the game well which makes them exceptional. I will also include Jasprit Bumrah in that list as these three bowlers are young and are looking at long and successful careers ahead of them. I know that all of these bowlers will put in special performances in the future because they have all the required skills to make them dangerous bowlers against any opposition and in any conditions. Amongst Sri Lanka’s pacers, I would mention Dushmantha Chameera, Nuwan Pradeep and Lahiru Kumara in the shorter formats as bowlers with some promise.”

With an impressive 545 international wickets to his name, the man who has been nicknamed Slinga has served his nation with distinction and like most champions, can soon look forward to hanging up his boots, but true to his nature as a master-craftsman, Lasith Malinga has plans to continue serving cricket. “My only plan after retirement, whenever that happens, is to pass on my knowledge to younger players. Whether this will happen in Sri Lanka or in another country, I don’t know at this point. I know that a lot of bowlers know how to bowl, but lack game-reading skills which is something I can teach them using my many years of experience. Coaching nowadays has become more about bio-mechanics, but I want to teach bowlers more about using the natural skills they have in an effective manner. In my view, a good bowler isn’t one that can get a top batsman out, but is one who can defend a low target and take his side to victory and that is what I want to show the younger bowlers when I retire.”