"Looking to move my career forward after two years of anxiety and depression" : Shahzaib Ahmed

The talented leg-spinner spoke about his disappointments of not being selected for any PSL franchise and his exclusion from the Pakistan team and expressed his views on the new domestic cricket system implemented by the PCB in the 2019/20 season. 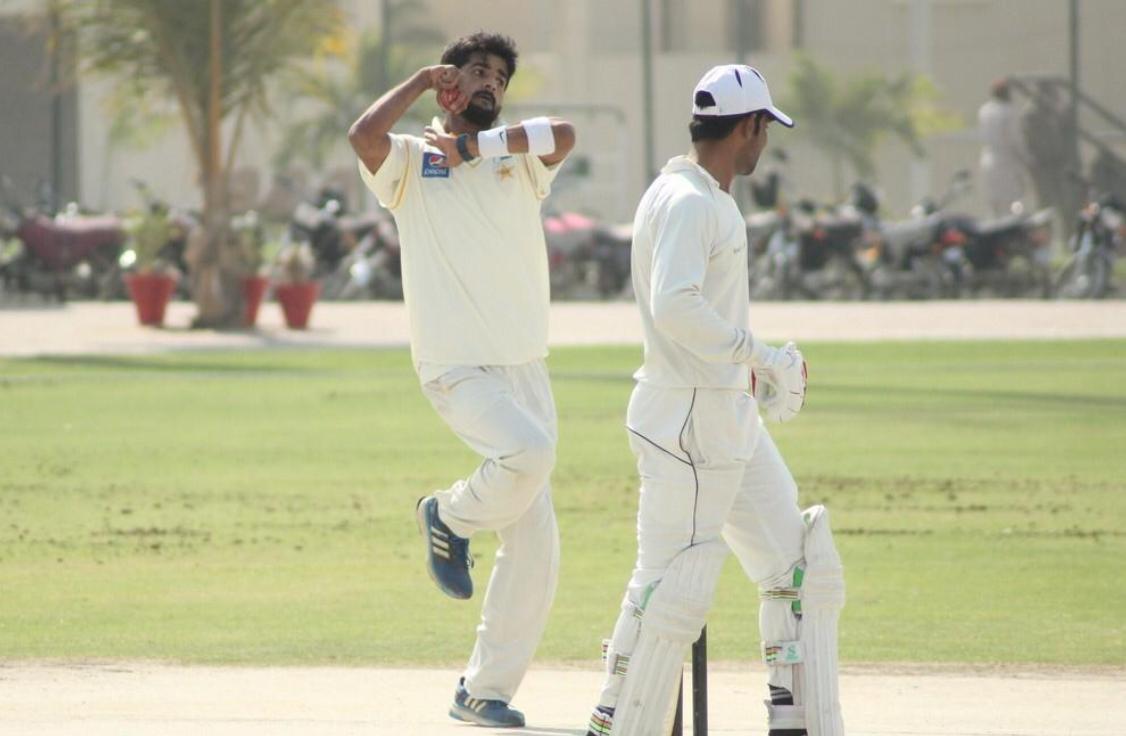 The alarming decline in the fortunes of Pakistan’s first-choice Test leg-spinner, Yasir Shah, and the rather lackluster current form of Shadab Khan in the shorter formats is a cause of concern to many. The recent performances of both spinners have given rise to an overwhelming feeling that Pakistan, known for quality leg-spinners such as the late Abdul Qadir and Mushtaq Ahmed, is today suffering from a dearth of quality in the leg-spin department.

But, is this crisis of sorts due to a genuine lack of talent in the country or should it be attributed to mismanagement of resources? This is a question that many are asking. The now 28-year-old leg-spinner from Karachi, Shahzaib Ahmed, is a fine example of a genuine talent who many feel if nurtured properly could well have been a star of today. The leg-spinner regarded by many as a promising prospect for Pakistan came close to a spot in the national side when he took 5/85 against West Indies in 2016 while playing for the PCB Patron's XI. However, an injury and unfortunate circumstances intervened to put a halt to his progress, as he explained to PakPassion.net.

“I had a slight back injury after the side game against West Indies which took 6-7 months to clear but then my domestic career never really recovered, and I played just a few games in 2016 and 2017. The real shock came when I was not selected for the Quaid-e-Azam Trophy in 2018, after being told that I was a certain selection for one of the Karachi sides. However, things are better now as I am part of the Balochistan squad and I am preparing myself mentally and physically for the National One-Day Cup tournament that will happen after the Pakistan Super League. I have full faith in my ability, and I know if I am given a chance, I will show the world what I am capable of and will make a comeback - God Willing.”

Having performed outstandingly well against an international side, Shahzaib had high hopes of making a debut with the national side but his career did not turn out as he expected and being ignored for selection by all franchises in the PSL was also cause for great disappointment. “Of course, there is a lot of disappointment because I had been doing fairly well up to that game against the West Indies and taking a 5fer against a top international side was amazing. My injury happened a few weeks after this game and I felt I had recovered, but then I was ignored for the PSL in 2018 and 2019 which was a shock to me. To not be able to take part in your country’s premier tournament after being considered as one of the top leg-spinners was not only disappointing but very depressing as well. I do believe that had I been part of the PSL, doors would have opened for my selection in the Pakistan side but that didn’t happen. And to add to insult to injury, no one really seemed to care or highlight my situation in this case, which shows that you need someone to look after your interests if you wish to move ahead in your career. Unfortunately, I have no such person who can back me up and that is distressing.”

The much-awaited changes to the Pakistan domestic structure have been implemented for the 2019/20 season. The reduction in the number of first-class sides and the elimination of departmental cricket has been the cause of some intense debate. For Shahzaib, the changes to the system have some obvious advantages but there are also areas of concern. “The changes to the domestic system appear to be very beneficial for Pakistan cricket. For one thing, the ‘quality over quantity’ principle means that the competition level in our domestic cricket has become much more intense, especially as far as first-class cricket is concerned. With this structure in place and the sort of media coverage it’s getting, it’s very easy to be noticed by the selectors if you do well which is great. And we have already seen this idea in action with some players being noticed by Chief Selector Misbah-ul-Haq after a few good performances. However, what I am not happy with though is the closing down of departmental teams. I used to have a department contract but now, I am on a PCB domestic contract and the financial aspect of this arrangement is very unsatisfactory, to say the least. The amount of money I am now earning is not something easy to survive on. It’s not just me but most players are upset about this issue as well.”

At 28 years of age, Shahzaib is acutely aware of the march of time and knows full well that his chances of representing Pakistan could be ebbing away with every passing year. This is a pressure he acknowledges with a heavy heart.

“I know that with every passing day, the pressure on me to find a place in the Pakistan side is increasing. It is my intention to put in as much effort as possible and fight hard to try and make a debut for my country by the age of 31 at the most and if that doesn’t happen, I will look for other options. But on a positive note, I know that I can achieve a lot in the next 3 years. I have many examples of players like Saeed Ajmal and Yasir Shah who have achieved a lot in a short period of time.”

The late Abdul Qadir, Mushtaq Ahmed and Danish Kaneria are some prominent names that are mentioned whenever Pakistan’s contributions to furthering the art of leg-spin are discussed. However, as of late, no new world-class Pakistan leg-spinners seem to have come to the fore, barring Yasir Shah, who himself is going through a lean spell at the moment. For Shahzaib, this is a matter of great concern and the reason seems to stem from lack of faith in leg-spinners. “It seems that in Pakistan, domestic teams are hesitant to play leg-spinners from their list of players unlike other teams around the world. So, Zahid Mehmood is lucky that Quetta Gladiators have picked him for the upcoming PSL, otherwise, he would have been languishing somewhere as well. The sad situation with leg-spinners is such that we have about 5 quality leg-spinners in Pakistan including myself, but they cannot be accommodated in 6 PSL sides, which I find to be incredible. Pakistan cricket needs to keep leg-spinners in their domestic sides and also pick them for PSL, or this art of bowling will suffer.”

From a promising young leg-spinner to a virtual discard, Shahzaib Ahmed seems to have been neglected by Pakistan cricket and it has taken a mental toll on the bowler but true to his optimistic nature, he continues to work hard and dreams of a debut for Pakistan. ”It has been a tough time for me in the recent past as I have not been asked to come to the NCA for almost 3 years now, which shows what importance is given to leg-spinners in our cricket. I feel that had I belonged to a different city in Pakistan than Karachi, I would have played for the national side by now but that’s how it is. There are many reasons given for my exclusion such as I don’t work hard, and I was even advised by many people to give up cricket and this did cause me a lot of problems. I am now looking to move my career forward after two years of anxiety, depression, and self-doubt. I feel motivated that I will be able to make a comeback in domestic cricket and go on to play for Pakistan in the near future.”