"This year’s visit to Pakistan has been a lot more special for me" : Chris Jordan

The England pacer spoke about the quality of pace bowlers in the PSL, opportunities to learn from the likes of Wasim Akram and Dean Jones and England's chances in the ICC T20 World Cup. 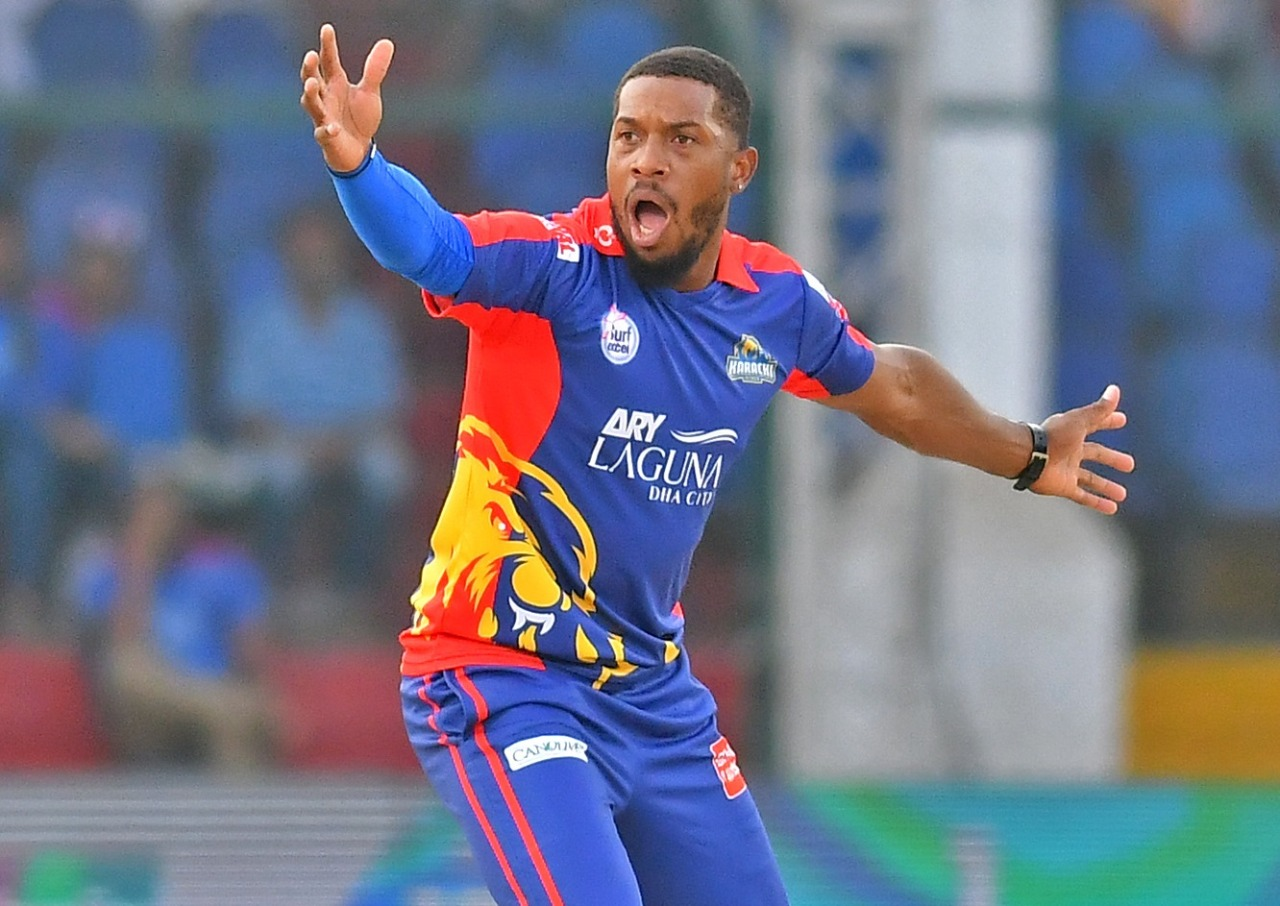 There is very little doubt about the fact that the Pakistan Super League (PSL) has truly captured the imagination of Pakistani cricket followers and is now a well-established and highly respected event in the cricket calendar. In its fifth edition, the PSL has been given another boost to its credentials as one of the top Twenty20 leagues in the world after the decision to play all games in Pakistan.

There may have been some reservations about the ability of the league to attract top-quality international talent with all games being played in Pakistan, but with the participation of the likes of Luke Ronchi, Dale Steyn, Moeen Ali, Alex Hales and Chris Jordan, all such fears have been put to rest.

In fact far from any apprehensions, the overseas players at PSL 5 have all embraced wholeheartedly the idea of playing in the country, and as Chris Jordan explained in an exclusive interview with PakPassion.net, the experience of playing in Pakistan has been an excellent one, “It’s been great visiting Pakistan for me so far. I was part of the Peshawar Zalmi squad last year and played two games in Karachi but this year’s visit to Pakistan has been a lot more special for me. I have visited different cities of this beautiful country which has been a refreshing and interesting experience.”

Sub-continental cricket pitches seem to have an unhealthy reputation for encouraging uneven contests. However, the playing surfaces in the Pakistan-based PSL seem to be bucking the trend. In fact, as Jordan describes it, the most redeeming feature of the PSL seems to be the quality of pitches which is leading to some excellent and competitive games.

“The pitches in the PSL have been very impressive as can be seen from the sort of good scores that have been a feature of the tournament. It’s not only for the spectators that such pitches are great as they provide great entertainment, but from a bowler’s point of view you get a little back when you put in the effort. To me these have simply been good cricket pitches where when you bowl well you get rewards and similarly, when you bat well, you get to score good runs. The pitches have provided great moments for spectators but obviously are a little favourable to the batting side but then that is always the case in Twenty20 cricket when batters slightly dominate as that makes for exciting games. In general, the pitches have been brilliant and as a bowler, I can say that such pitches challenge your skills and more than likely teach you how to bowl with more effectiveness.”

Apart from the quality of the competition, an attractive feature of the PSL is the manner in which the franchises have taken care of their overseas players which speaks volumes about the professionalism and attention to detail put in place by the management teams. Chris Jordan’s first stint with Karachi Kings has left the pacer with little doubt that the team has the sort of environment which makes the PSL experience very enjoyable, “Our backroom staff have a good mixture of great mentalities and interesting characters which is bringing out the best in each other. Add to that the fact that our planning has been brilliant and so far in the tournament, our execution of these plans has not been too far off the mark too and one can see that all is running really well in this franchise. The environment is quite fun to be around, and everyone is enjoying playing for the side which to me is the most important thing.”

To have the services of a legendary fast-bowler in the shape of Wasim Akram and an equally impressive Head Coach Dean Jones to help you attain your goals must be a dream come true for Jordan and it seems that the pacer is enjoying every minute of the experience, and wasting no time in learning from such distinguished personalities.

“Both Dean Jones and Wasim Akram have encouraged me to be myself and keep on playing my natural game, which is what I like to do, and I have taken a lot of confidence from that. As far as Wasim Bhai is concerned, he is a legend not only in cricket but even as a person as well which is something that has struck me the most about him. I have just enjoyed talking to him about bowling and some of his experiences as a cricketer. I have always said that from the time I knew I would be working with him that after these six weeks, that if there was even one thing from him that I could add to my game, then I would be more than grateful for that.”

The land of fast-bowlers is an often-used description of Pakistan and for a good reason too. From the great Imran Khan to Wasim Akram and Waqar Younis, the country seems to have an endless supply of pacers. A glimpse of this talent has rightfully impressed Jordan and he is understandably excited by what he has seen so far in the PSL, “I said that on my first trip, and I will say it again that the standard of bowling in every team in the PSL are very high. Especially from a fast-bowling point of view, the current crop of pace-bowlers coming through in Pakistan is quite exciting and that is excellent news for Pakistan cricket. I also feel based on my own experience that being exposed to such high-pressure games and key moments will hold these young Pakistani bowlers in good stead going forward and for their international careers as well.”

And when it comes to some of the most exciting fast-bowling talents on display in the fifth edition of the PSL, the presence of youngsters such as Naseem Shah and Mohammad Hasnain is what impresses Jordan the most.

“The two young fast-bowlers from Quetta Gladiators, Naseem Shah and Mohammad Hasnain, have really impressed me with their pace and they seem to have a good rapport with each other and seem to be enjoying themselves on this stage. They have that fearless attitude about them and aren’t holding back when it comes to bowling. Pakistan is fortunate to have such bowlers and I do wish them all the best in their careers.”

Whilst T20 Leagues like the PSL have their own distinctive charm, cricket followers around the world are eagerly looking forward to the ICC T20 World Cup which will be played in Australia later this year. India, Australia and South Africa along with Pakistan are considered some of the top teams to beat in this tournament but for Chris Jordan, it will be England after their heroics of the 2019 World Cup who stand more than a good chance of picking up their second major title in successive years, “We all know that England have made good strides in the recent past in the white-ball formats. The 2019 World Cup win has given them a lot of confidence and this is a team that likes to push the boundaries and try their all when they step onto the field. Apart from the fine bowlers in the side, we have a batting line-up that most oppositions fear which is a great positive to take into the T20 World Cup. However, all that is great on paper but once the tournament starts, all teams start with a clean slate. As we all know in top-level cricket, any side can beat another on a given day so although we might be shaping up OK, we will start like all other teams in our first game. There is a lot of time between now and the start of the tournament and there is so much cricket to play, so in the meantime we will be taking it one day at a time and when we get to that bridge we will cross it, and I am sure we will give it our hundred percent when it’s time to play in the World Cup.”