"Reassuring yet firm arm around the shoulder gets better results from Pakistani players" : Dean Jones

Writing on PakPassion.net, former Australian batsman and current Karachi Kings Head Coach Dean Jones discusses the complex requirements for a Head Coach in a Pakistani environment as exemplified by the success of the late Bob Woolmer and why he, based on his experience with Islamabad United and Karachi Kings, will be more than willing to help Pakistan cricket in the future. 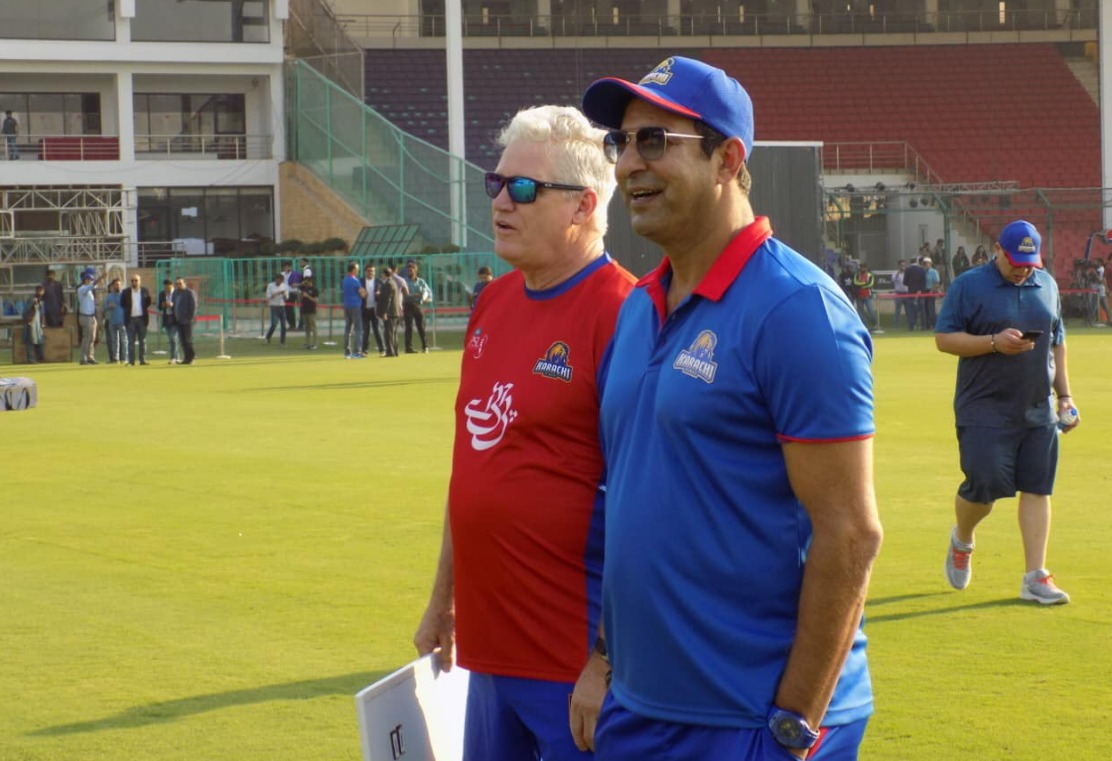 Ask any coach, in any sport, and they will tell you that their job is not one for the faint-hearted. This is particularly true when we speak about the game of cricket, especially when you consider how it is followed with a religious and somewhat fanatical zeal in the sub-continent.

A coach in such highly scrutinised circumstances is not simply dealing with match strategy, preparations, team combinations and players’ technical issues. Rather, a coaching job in the sub-continent comes with plenty of additional baggage and is laced with potential pitfalls at every turn, which if not considered carefully can result in a breakdown of communications within teams and can subsequently lead to disastrous consequences for all concerned.

Speaking from my experience in Pakistan, where I have spent several years as a Head Coach in the Pakistan Super League (PSL), with Islamabad United and more recently with Karachi Kings, what I’ve learnt is that it’s important that anyone who wishes to work and succeed in this environment must try to understand the culture of the country and the mindset of the Pakistani cricketer.


The traditions of respect for your elders are part of daily life in the country, and it stands to reason, that such practices have seeped through all spheres of life in Pakistan. Cricket in this part of the world is not immune from such traditions and the idea of brotherly or even fatherly respect for seniors is one that comes naturally to all concerned. My job as Head Coach is to create an environment where all players, senior and junior are allowed to voice their opinion. Make them all feel important. I often ask our junior players what do you think? What do you see? Today, the younger players are different to my day. You must allow them room to make them grow as a player and more importantly, as a person.

The modern style of coaching which is largely based upon detailed analysis and which takes into account the technical as well as the mental aspects of each player’s make-up has many advantages. It is also one that Western nations have employed with great success. But I am also very wary that one size does not fit all and what works in one country might not necessarily work in another.

Any perceived failure to respect a senior player or a miscommunication of intent towards an individual, or inability to take account of fragile egos of some of the younger players can cause acrimony as we have seen in episodes related to the Pakistan national team. And when this happens during a tournament or a fully-fledged tour, the consequences can be highly damaging. Therefore, diplomacy, tact and a deep understanding of the underlying culture of the country are as important for a coach in Pakistan as the required coaching qualifications which form part of the job description.

There isn’t much doubt about the quality of talent that exists at all levels of cricket in Pakistan and despite the sort of facilities which many players in England and Australia would scoff at, the nation lead by a legendary former cricketer himself, Imran Khan, continues to produce players of the calibre of Babar Azam and Shaheen Shah Afridi. They may not have been coached to the hilt like their Western counterparts, but Pakistan has always produced world-beaters and the 1992 World Cup triumph, the 2009 World Twenty20, the ICC Test Mace in 2016, and the ICC Champions Trophy in 2017 are examples of what these gifted Pakistani cricketers have been able to achieve in the past.

Clearly, the players that are part of the Pakistan side at any given time have the requisite skills at their disposal, but what I feel is needed and sometimes lacking is a guiding hand who can help them see the path ahead and help them to deliver to their potential.

To a large extent, I feel cricketers should be judged on what they have won. How they played in Finals, not necessarily their batting and bowling averages. A definition of a good coach, especially in the Pakistani environment, is one who helps talented and skilled players overcome their mental hurdles, let them understand what their role is in the team, which in turn helps them perform at their best on a regular basis.

Looking back at the history of Pakistani players and their respective coaches, one can see that the strict school-master approach brings about exactly the opposite results. Instead, show them game-awareness, keep reinforcing their wonderful skills and try to mentor the players, rather than being an enforcer of rules.

I feel, a reassuring yet firm arm around the shoulder is more likely to get better results from players in Pakistan and if proof of this was ever needed, one can look no further than the respect that former players still have for the Late great Bob Woolmer. The same players who to many were regarded as problem cases and needed the ‘eggshell’ treatment were turned into professional and focussed individuals in the presence of Woolmer, which really speaks volumes about what his mentor approach brought to the fore.

The avuncular approach which lead to him being lovingly called ‘Chacha Bob’ was responsible for giving confidence to perform to players such as Inzamam-ul-Haq, Younis Khan, Mohammad Yousuf, Shoaib Malik and Shahid Afridi. Each of whom would have been considered a handful or difficult characters, but became great team players in Woolmer’s expert hands.

This is the sort of management style I try to put into practice during my coaching stints at the PSL where I have been a mentor, friend, father-figure, guiding hand and a protector – allowing the players space to fully express themselves on the field without any stifling rules. The ability to recognise the talent a player possesses and to have the ability to help him put that talent into practice without pressure is what I believe should be the forte and area of expertise of a good coach.

I always try to surround the players with quality people. I have been so lucky to have some great Pakistani mentors working with me like Wasim Akram and Waqar Younis to make sure the players stick to the game plan and our core values as a team. Their role is vitally important because these guys know exactly what it takes to win and to lose. They know the formula for what it takes to win trophies which helps me to be employed. I also have been blessed with some magnificent coaching and medical staff. And let’s not forget the talent identifiers which is also so important, particularly at draft time.

Franchise owners also have a huge role to play. I have been so lucky to have worked for Salman Iqbal and Ali Naqvi. Both are brilliant businessmen but have allowed me freedom to do the job that’s required. Don’t get me wrong. We have had some serious discussions on the game and our teams. But if I can’t sell it to them, then I can’t sell it to the squad.

I think we cannot ignore what a wonderful job Rahul Dravid is doing for the BCCI and this is exactly what cricketing nations such as Pakistan should be looking at when they make key appointments within their respective set-up. Dravid is moulding potential Indian players and making sure they are close to being ready when they get selected for India.

I keep getting asked if I would be willing to work for the Pakistan Cricket Board. We all know what happened when I applied for the role of Head Coach, but if Misbah, Azhar or Babar asked me to help them I would. The same would go for any team or country for that matter. I just love coaching. There is no better feeling in the world than what one gets when helping a team or player to play to their ability. I hate mediocrity and the world is full of it. While we experience horrendous times in the pandemic world, we need our cricketers to play to a level that will entertain us and hopefully winning the odd trophy or two along the way, InshAllah.