By the time Azhar came out of his slumber and realised that attack was the best form of defence, it was all too late for the tourists. 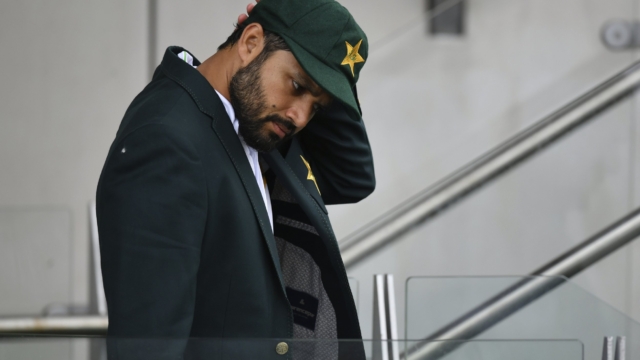 For nearly 68 years the Pakistan cricket team has had an uncanny ability to win matches from near impossible situations and lose matches when victory was almost within sight.

Following the Pakistani cricket team is not for the faint-hearted, and of late there seems to have been more bad days than good ones.

From the tourists’ perspective, the Old Trafford defeat against England will be viewed as one of those matches that got away.

After bowling England out for 219, Pakistan were in firm control of a match that had gone almost perfectly for them.

They batted first after winning the toss, scored a respectable 326, built a first innings lead of 107 and hour by hour, session by session, it was all going according to plan.

But when first innings centurion Shan Masood got out for a duck in the second innings playing a lazy leg-side glance, there was a sense of déjà vu, a feeling that Pakistan could still make a complete mess of a match that was firmly in their grasp. Batsmen came and went in a frenetic second innings. There was a lack of application, no direction or plan when they batted second-time around. But, despite the chaos, Pakistan still conjured up a healthy lead of 276.

Pakistan would have known that in the fourth innings Joe Root and Ben Stokes were the key batsmen and at 106 for 4 with both back in the pavilion, the match seemed to be all but over. When Ollie Pope was out with the score at 117 for 5, the thought crossed collective minds: surely even Pakistan couldn’t mess this up? But that is exactly what they managed to do.

Azhar Ali is an inexperienced captain at the highest level and that inexperience came to the fore.

Azhar and his troops sat back instead of hammering home their advantage. The skipper started to wait for things to happen, when previously he and his bowlers had been proactive. Perhaps he thought the match was in the bag and sooner or later Woakes or Buttler would make a mistake – a tactic that came back to haunt him.

With each run, the energy from Pakistan’s bowlers and fielders seemed to evaporate. They went from an attacking mindset to a defensive one when Woakes and Buttler launched a counter-attack.

Pakistan’s skipper seemed confused and unsure of what to do and to whom to throw the ball.

Shoulders started to droop and a match that Pakistan had largely dominated was slipping away. Yasir Shah kept plugging away, but the pace bowlers looked tired and their lack of international cricket in recent times was painfully evident.

By the time Azhar had come out of his slumber and realised that attack was the best form of defence, it was all too late and Pakistan had thrown away a fantastic opportunity to go one-nil up in the three-match series.

Where did it go wrong for Pakistan? Complacency seemed to creep in once Pope was out, the captain settled into a defensive mindset when Woakes and Buttler were batting, but above all the senior Pakistani batsmen – especially Asad Shafiq and Azhar who contributed only 54 runs in the match – have to take a long, hard look at themselves.

The first Test loss at Old Trafford was Pakistan’s seventh consecutive Test defeat away from UAE and Pakistan.

As expected, the defeat has not gone down well back home and given his poor form with the bat and lacklustre captaincy, the knives are already out for Azhar.

England are unlikely to present Pakistan with as many opportunities in Southampton and the rest of the series could be an uncomfortable ride for Azhar and his team-mates.