The recently appointed fast-bowling coach at the NHPC feels that Pakistan cricket is heading in the right direction with important roles being given to former cricketers at the PCB. 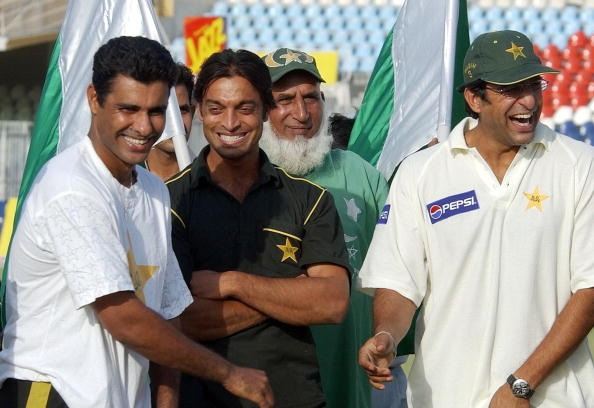 Mohammad Zahid first burst on the international scene in spectacular fashion when on his Test debut against New Zealand in 1996, he took 11 wickets to help his side to victory by an innings and 13 runs. Such was the ferocity of his pace bowling that even Shoaib Akhtar, generally considered the fastest bowler to play for Pakistan, recalled that Zahid’s speed made him look like a medium fast-bowler.

It is therefore a great positive for Pakistan cricket that a bowler of the calibre of Zahid has accepted the role of fast-bowling coach at the National High-Performance Centre (NHPC) in Lahore.

In an exclusive interview with PakPassion.net, the former Pakistan pacer expressed his pleasure at being given the opportunity to serve his country once again, “I’m delighted that the Pakistan Cricket Board has given me a chance to work at the NHPC. Whilst living in the UK I have been obtaining my coaching badges with the aim of one day working for the Pakistan Cricket Board and giving back something to cricket in my country. That opportunity has finally come, and I can’t wait to get started in the role.”

The experience that a former fast-bowler like Mohammad Zahid will bring to the table is something that young pacers under his charge will be able to use to their advantage and is a challenge that the veteran is looking forward to with great enthusiasm.

“I see this as a great opportunity to work with fast-bowlers in Pakistan of varying ages and varying levels of experience. I’m really looking forward to the challenge and it gives me a chance to share my experiences, both good and bad with the bowlers that I will be working with.”

It would not be an over-exaggeration to state that Pakistan as a country is blessed with great resources when it comes to the art of fast-bowling. But, this talent needs to be guided to produce the right results and this is exactly what Mohammad Zahid is looking forward to doing in his new role.

“There’s an incredible amount of pace-bowling talent in Pakistan, you just have to nurture that talent, guide it and then let it flourish. I’ve always believed that natural flair and ability should be allowed to blossom and not curtailed. As a coach, you should be there to guide and to get the best out of the players, without overhauling a player’s natural ability.”

Whilst the emergence of the likes of Shaheen Shah Afridi, Naseem Shah, Mohammad Musa and Mohammad Hasnain has rekindled hopes of a resurgence of Pakistan as a fast-bowling powerhouse, Zahid hopes to play a pivotal role in bringing many more such talented bowlers to the fore.

There has never been a paucity of talent in Pakistan when it comes to fast-bowling but the history of the nation’s cricket is replete with many bowlers who showed promise at the onset but then fell away due to a lack of attention or proper guidance. It is here that Zahid feels he can play an important role as he explained, “We have had a rich history in producing fast bowling talent and I want to help to continue that tradition. Yes, we are producing some good pace bowlers these days, but there is a difference between good and great. I see too many of our bowlers start well in international cricket and then fall away, so that needs looking at closely. I’ve heard good things about some of the upcoming pace-bowlers in Pakistan and have seen some of them myself and I hope to work with them and get them ready for cricket at the highest level as well as getting the guys who have not been at their best, back up to the levels they should be at.”

What could have been a glorious career yielding many years of fantastic performances culminating in many memorable Pakistan victories, sadly ended in 2003 when dogged by injuries the fast-bowler played his last international game. Whilst Zahid’s disappointing international career consisted of just 5 Tests and 11 ODIs, he is determined to ensure that the younger players are given the right guidance for better and brighter futures.

“My career ended prematurely, and it still hurts me that I did not fulfil my ambitions. I did undoubtedly learn some harsh lessons as a result of my career ending much earlier than I had envisaged and I hope to share what went well and what did not go so well in my career with the current fast bowlers in Pakistan. It’s important that young cricketers learn from former players and how their careers progressed so they can realise that hard work pays off and the good days don’t last forever.”

The recent changes to Pakistan cricket’s domestic model and PCB’s new-found focus on professionalism have excited many and promises to open a new era of progress for the game in the country. For former players like Mohammad Zahid, the present rate of progress at the PCB is exactly what has attracted him to the role at the NHCP which in his view points to a brighter future for cricket in Pakistan, “It’s an exciting time for Pakistan cricket and the PCB regime deserves credit for their plans, their forward-thinking and getting former players involved. I believe that the changes that are being made and implemented will serve Pakistan cricket well and will provide stability and some fresh talent going forward.”