"There is no reason why the tour by England shouldn't take place" : Wasim Khan

PCB Chief Executive, Wasim Khan, in an exclusive interview with PakPassion.net spoke about the importance of England's proposed tour of Pakistan and why given the improved security situation in the country, he is confident that the visit for a 3-match T20I series will happen in early 2021. 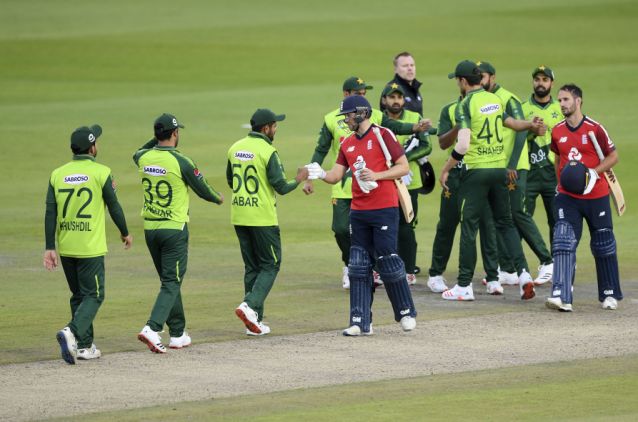 Pakistan’s tour of England earlier this year along with that undertaken by the West Indies were seen as major achievements at a time when the Coronavirus Pandemic was threatening to stop many major sporting activities around the world.

At that time, both the Pakistan Cricket Board (PCB) and the England and Wales Cricket Board (ECB) had denied any suggestions of a Quid pro Quo return tour of Pakistan. However, it was also clear that Pakistan’s efforts in supporting the ECB would not go unnoticed or unrewarded. In that regard, the recent announcement by the ECB that they were giving serious consideration to an invitation by the PCB for a short tour of Pakistan early next year doesn’t come as a huge surprise.

Certainly for the Chief Executive of the PCB, Wasim Khan, who has spent a large part of his tenure at the organisation canvassing for complete restoration of international cricket in Pakistan, the ECB announcement is a culmination of a lot of behind the scenes work undertaken by key stakeholders at the PCB to make a tour by England a realistic possibility.

“There has been a lot of hard work going on behind the scenes for quite some time now and a lot of discussions between the England and Wales Cricket Board and the Pakistan Cricket Board have taken place on the issue of a tour by England’s cricketers. We think that we are now in a good place to take the next step and after all the preparations and talks were done, we felt that the time was now right to send a formal invitation to the ECB to visit Pakistan.”

The first visit by an England side to Pakistan in 15 years is expected to be a short one with three T20Is pencilled in and that too, as Wasim Khan explains, will only be undertaken once due diligence is completed to the satisfaction of all parties.

“The plan is for England to play 3 T20Is in Pakistan and that could be possible even if they were only in the country for 5 days. The final travel arrangements, logistics and length of time England will spend in Pakistan will of course be finalised at a later stage, but we are flexible and happy to accommodate ECB's wishes and plans.”

The security situation in Pakistan has seen dramatic improvements since the terrible scenes of 2009 when Sri Lanka’s tour of the country had to be abandoned due to a terrorist incident and Wasim Khan is optimistic that security will not be an issue for this visit by England.

“The security assessment will of course have to be done but that should not be a problem and I don't foresee any hurdles on that front. We've played the whole Pakistan Super League tournament in Pakistan this year, Bangladesh and Sri Lanka have toured, as have West Indies and Zimbabwe are due to arrive in Pakistan very soon to play 6 matches in Rawalpindi and Lahore which is a clear indication of the excellent security situation in the country.”

The proposed tour represents a great opportunity for the millions of cricket-starved fans in Pakistan to welcome an England side who they have not seen on their shores since 2005. An added area of interest for Pakistani cricket followers according to Wasim Khan, is that the England squad may feature players who have strong roots in the country.

“It would be wonderful to see the likes of Moeen Ali, Adil Rashid and Saqib Mahmood playing for England in the country of their forefathers and whilst, unfortunately, there will be no crowds in the stadium due to Coronavirus restrictions, I know that there will be thousands in the streets and millions others in their homes cheering the teams on and wishing the touring England team the best of luck and thanking them for touring Pakistan.”

On a personal level, the proposed tour of Pakistan by England will be a source of great satisfaction for Wasim Khan. A visit by England has been one of his primary goals and one, that he feels he will be extremely proud to have achieved if the tour goes ahead.

“When I took on the role of Chief Executive at the Pakistan Cricket Board, one of my big plans and aims was to see England touring Pakistan during my tenure and I am very hopeful that this will happen early next year. I had set myself several targets and goals when I took on the role and seeing England in Pakistan was definitely on top of my list of goals and I’m really hopeful that this target will be met.”

Wasim Khan is well aware of the importance of the proposed visit by England to Pakistan and whilst the due diligence around the tour is expected to take its time, the PCB Chief Executive is confident about the outcome.

“There is no reason why the tour by England shouldn't take place. I've had many conversations with Tom Harrison and I am confident that this will happen and will be a successful one. England haven’t toured Pakistan for a long time, but even though it’s a short tour this time around, I believe it will have a big impact on the future of Pakistan cricket and future tours by other countries.”