"Having someone of the stature of Shahid Afridi is good for the LPL" : Herschelle Gibbs

Former South African batsman spoke about his impressions of the Lanka Premier League, the importance of a player like Shahid Afridi to any tournament,  plans to continue coaching in T20 Leagues and offered his take on issues afflicting cricket in his home country. 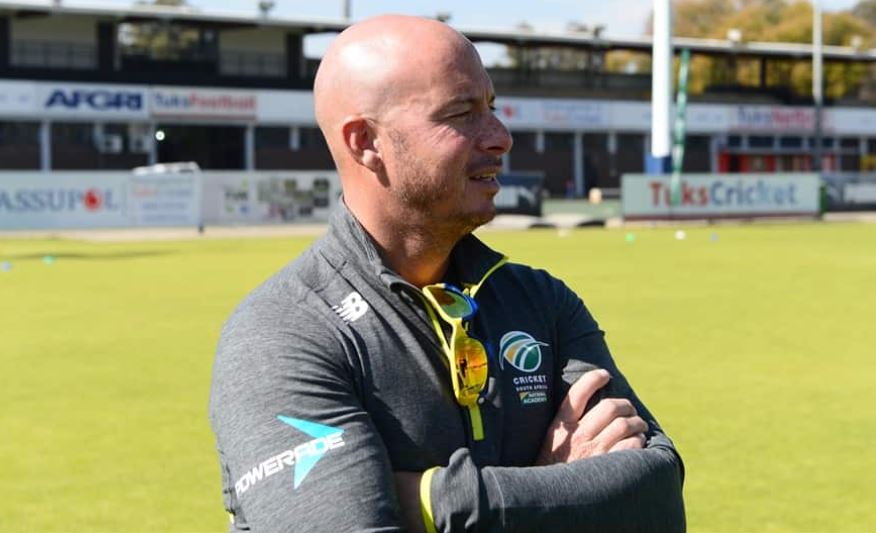 At long last after what seemed to be an eternity brought on by the threat of the Coronavirus Pandemic, T20 league cricket tournaments to the delight of fans around the world have started to take shape once again. The 2020 editions of the Caribbean Premier League, Indian Premier League and Pakistan Super League have recently been concluded and now the inaugural edition of the Lanka Premier League (LPL) is underway.

Whilst Sri Lanka’s newest T20 tournament has faced a few hurdles, given the congestion in the cricket calendar and logistical issues, the competition finally kicked-off on 26th November with a virtual opening ceremony. All fixtures are being played at one venue, Hambantota, with each of the five teams playing each other twice in the first round. The top four teams will then enter the Semi-Finals, which will be played on the 13th and 14th December, whilst the final will be played on the 16th of December.

Former South African batsman, Herschelle Gibbs was originally given the role of a commentator for LPL but has now found himself in a role that he probably feels more comfortable with, as he explained in an exclusive interview with PakPassion.net.

“Coaching is something I have always looked forward to doing and am enjoying a lot. Of course, I was initially asked to be part of the TV commentary team but as Kabir Ali contracted COVID-19, I was asked to step in as Head Coach of Colombo Kings. I am very thankful to IPG for their understanding and for their cooperation in making this happen as I would rather be doing something that I am good at. Of course, thanks also to Mickey Arthur for stepping in my place for the commentary gig.”

The latest entrant on the T20 League calendar, the LPL promises to be a mouth-watering extravaganza of exciting cricket which fans of the sport are likely to appreciate and Gibbs is full of praise for its organizers for putting in the effort to make it happen.

“Like any inaugural edition of a tournament, the Lanka Premier League has had some teething problems given the difficult times brought on by the Coronavirus Pandemic. But to the credit of the official rights holder, IPG as well as Sri Lanka Cricket, they have managed to get things right and the tournament is up and running. I am sure that logistically speaking, it would have been a nightmare to organize with all the travel restrictions and quarantines, but the organizers have done a great job getting the teams over here.”

Known for his fearless brand of cricket and incredible stroke-play, Pakistan’s flamboyant former captain, Shahid Afridi, is guaranteed to add excitement to any competition he is part of. To Gibbs, having Boom Boom Afridi as a star attraction for LPL is something which is sure to add to the excitement of the T20 tournament.

“It’s great to have the big man, Shahid Afridi, over here in Sri Lanka playing in the Lanka Premier League. Someone of his stature is good for the league and great for the viewership.”

The beauty of the T20 format is in its ability to create excitement for fans in a short amount of time and the LPL is no exception. As Gibbs explains, the quality of pitches on display should result in some fantastic batting displays which will only improve as the tournament progresses.

“One great aspect of this tournament is that the quality of wickets has been good so far and the scores reflect that. This is exactly what you want, first and foremost, in order to get some exciting cricket. Every game played so far has been great.”

The inevitable comparisons between T20 Leagues tend to focus upon the quality of cricket on display and from what Gibbs has seen so far, given sufficient time, the LPL has all the ingredients to one day challenge the top leagues in the world

“The standard of cricket will become more apparent as we progress through the tournament. Given that we have one venue, I would expect the spinners to come into play at a later stage. But overall, the games have been fantastic and its looking good for the tournament so far. Hopefully the LPL will continue to improve in terms of quality in the coming years.”

South African cricket has featured a lot in recent headlines, but not for the right reasons. For a former Proteas player like Gibbs who represented his country in 361 international games where he scored 14661 runs, this is indeed a matter of concern and needs to be addressed as soon as possible.

“I feel that if the South African side starts getting some success on the field, there will be a lot less talk about the administration issues afflicting cricket in the country. What really concerns me is the lack of a good talent pool and that has something to do with the quality of coaching in the country. We have seen what good coaching at the junior level can do when the likes of Rahul Dravid have taken on coaching roles and produced some fantastic batsmen at the Under-19 level in India.“

Now aged 46, Gibbs is looking to continue his association with the game he loves by taking on coaching roles in the many T20 Leagues which have sprung up with the intention of passing on his skills to the younger generation, “My aim is to help in coaching sides in as many T20 leagues as possible throughout the year. I feel that we have had too many of the same coaches in these leagues for a while now and it’s time for someone like myself who has played cricket not so long ago to come and help the players perform better.”