"The bubble in Karachi was not secure and not well maintained"

A participant in PSL 6 gives an eye-witness account of breaches in protocols which lead to the postponement of the tournament. 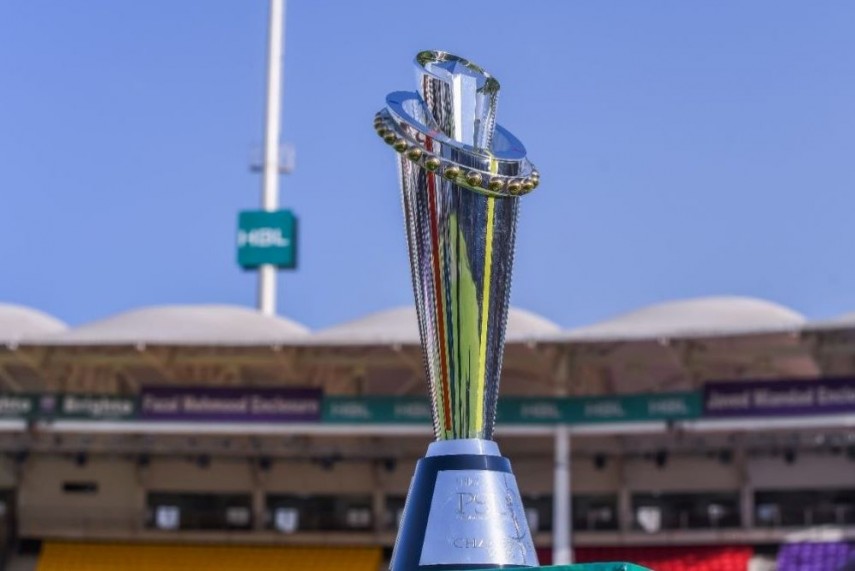 However, on 4th of March, the tournament ground to a screaming halt after it was revealed that players and owners had lost confidence in the organizers with 7 officially diagnosed cases of COVID-19. The Pakistan Cricket Board had no option but to postpone the tournament amidst accusations of violations of the various Standard Operating Procedures (SOPs) put in to protect the tournament’s participants.

The positive security situation in recent times in Pakistan had brought renewed hope to cricket fans in the country with the complete tournament being organized at home for the second year running. The presence of more than 75 overseas coaches and players in the country to participate in the tournament was a testament to why foreign teams were starting to feel comfortable about visiting Pakistan.

However, in 2021 as it was the case in most of 2020, the threat of COVID-19 introduced a new dimension to the threats faced by all and the concept of maintaining a bio-secure bubble became an important aspect of the environment as was evident in the way the sixth edition of the PSL was stopped in its tracks.

Whilst the PCB for obvious reasons have largely refused to comment on the recent events, an overseas player speaking to PakPassion.net on the condition of anonymity has given some insight into life inside the bio-secure environment.

It is now known that the participants in the tournament were staying in the same hotel as ordinary guests which in itself must have posed a huge security and health nightmare as the player explained.

“The security personnel tried their best to spot who were players and officials taking part in the PSL and they would try to make sure you were kept away from everyone else staying at the hotel, but that must have been extremely difficult for them because obviously they couldn’t recognise everyone who was involved in the PSL and who were members of the public. In my case, I went downstairs at the hotel to go and use the gym facilities. I had my mask on, walked right through reception and straight into the gym which only took a few seconds. From my side I was adhering to the protocols, but I could see that there were people milling around in the lobby who were clearly not part of any of the PSL bubbles.”

It appears that not only was there an issue with strangers mingling with players in the hotel, members of respective squads also saw no wrong in sitting and dining together which would have sent alarm bells ringing in most minds.

“I only went downstairs for breakfast once and saw that a lot of the players and officials from the teams were mixing and I didn’t feel comfortable with that at all. After seeing what was going on, I thought to myself, ‘never again’ and I didn’t go downstairs in future for breakfast, instead I just ordered it into my room. Again, you couldn’t tell who was part of the bubble, and who wasn’t, which was risky. I guess this is why some players were caught out by people wanting to take pictures with them, the players probably thought they were part of the bubble and assumed that they were fine to take a picture with them. Having seen what was going on in the lobby and ground floor, I kept to the team floor as we were quite a tight-knit group. The only time I went downstairs in the lobby area was if I needed to use the gym or if we were coming back from training.”

Whilst the bio-secure aspect of arrangements was questionable to say the least, the security for players was adequate and is one of few positives that the PCB can take away from the current situation.

“There was security at the hotel and we were permitted to use the back entrance of the hotel to leave and enter when we were coming back from training or matches. It looked like there was adequate security as long as you kept yourself away from situations where you could be at risk.”

There had been some allegations of a lax COVID-19 testing regime in place at the PSL but according to the account of this player, participants were tested regularly which in hindsight may well have saved the tournament from a major disaster.

“The testing was regular. I was tested four times during my stay in Pakistan. I was tested twice during quarantine and then two more times before the tournament was brought to an end.”

There were worrying reports of franchise owners in team dugouts and coming into close contact with players but as the player explained, the fault lay more with the unclear rules which were not enforced by officials.

“We were aware that players from one of the franchises had mixed with their owner outside of the team bubble, but we didn’t think it was the players’ fault. We felt that they didn’t break the bubble rather the bubble was broken by others. If you have COVID rules enforcement officers around then that sort of thing should never happen because it wasn’t like they secretly did it, rather it was visible to everyone and the enforcement officers should have stepped in.”

The news of infections amongst team members will undoubtedly have resulted in anxiety amongst the boards of those players and it is understandable that they reacted immediately to offer advice to their players, as news filtered through from Pakistan.

The CE PCB, Wasim Khan, in a press conference had suggested that he was in favour of a short 5-day break instead of an indefinite delay to the tournament which, as this player suggests, was an option that other participants were also in favour of.

“The suggestion I put forward to my team-mates was to request that the tournament is stopped for 3 days, everyone get tested and see what the situation is regarding how many positive tests there are. As a group we were suggesting taking a 3 to 5-day break and then getting the tournament re-started after controlling the spread of the virus.”

Regardless of the optimism shown by some players in terms of resuming the tournament, the fact remains that there must have been some serious concerns when news of more positive tests started to filter through.

“There were some nerves when news of more positive tests started to come out as the players obviously didn’t want to get a positive test and have to stay in Pakistan for a further 10 to 14 days. I think our group of players either wanted to stop the tournament for 3-5 days then re-start it, or to get on the first flight home if the tournament wasn’t going to re-start which of course was what eventually happened.”

The PSL remains suspended at the moment with no clarity on when the remaining games will be played, although the PCB have mentioned some possible windows within 2021. Regardless of when the tournament is resumed again, there are serious questions that the organizers will need to address if they are to regain the trust of the participants of Pakistan’s premier T20 tournament. Whilst the player in question didn’t feel threatened himself, his views on the quality of the bio-secure bubble are a damning indictment and something PCB will have to take into account.

“I wasn’t nervous about what was happening out there despite the bubble not being secure and even when there were some positive tests. Having been around bubbles for the past year, I can definitely say that the bubble in Karachi was not secure and not well maintained and there were too many risks which there shouldn’t have been. There are risks in every bubble, but there were far too many risks in the one at the Pakistan Super League. I’ve lived with COVID guidelines in the past year or so and I have taken precautions and the bubble guidelines very seriously. I have kept away from risks, abided by the rules and taken it very seriously. Perhaps some people involved in the tournament weren’t taking the rules and regulations as seriously as others.”

PCB have announced the formation of an independent 2-person panel to carry out a review of COVID-19 SOPs and to identify any gaps and advise why the bio-secure environment did not remain COVID-free. It is hoped that the panel will provide insight into the issues and help PCB get their house in order to ensure that the tournament can be resumed with the right safeguards in place, which as the player explained will go a long way in re-establishing trust.

“I believe that there are a lot of lessons to be learnt for everyone, the players, officials and those organising the tournament. Based on what's happened, I can imagine and hope that things will be a lot different at the hotel when the tournament is held in future.”