"Wrong to assume that the T20 World Cup will be between India and England. You can’t write off Pakistan New Zealand and Australia" : Moeen Ali

In an interview with Saj for isport, the England all-rounder spoke about the recently concluded tour of India, the upcoming IPL season, the Twenty20 World Cup and his plans to continue playing Test cricket. 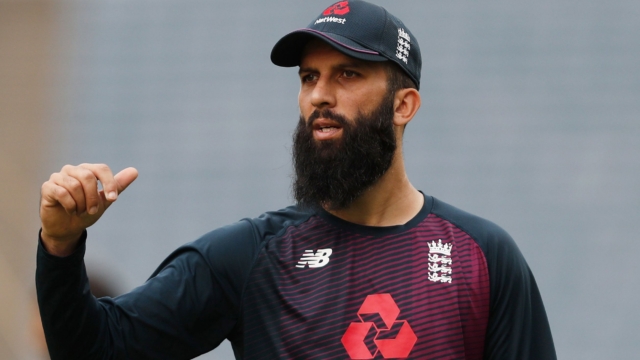 England’s recent tour of India started with an emphatic 227-run victory, but it was India’s show after that as they comfortably won the Test series with a 3-1 margin and also tasted victory in both white-ball series. Whilst England will look at the tour as an opportunity lost after failing to qualify for the World Test Championship final, for Moeen Ali, the series marked a long-awaited and impressive return to Test cricket where he picked-up eight wickets in the second Test in Chennai.

“I’d been working hard to get back into the Test team after missing out in Sri Lanka and in the first Test match in India. Despite the loss it was just nice after a tough start to the tour to get a few wickets and score a few runs. I hadn’t played Test cricket for more than 18 months, so it was good to be out there again and do well even though the wicket was supportive to spinners.”

It wasn’t the sort of attention that the England camp needed after the conclusion of the second Test against India, but a remark from Joe Root regarding Moeen Ali’s temporary departure, in which he stated that the all-rounder had chosen to leave the tour resulted in controversy and a subsequent apology from the England skipper. Moeen, understandably was keen to set the record straight and confirm that Root had called him straight away to clear up any misunderstandings.

“I know Joe Root very well, we have a very good relationship, and we are pretty close. He contacted me straight away and he said that after the game he had stated that I had chosen to go home, when he shouldn’t have said it. We had a good chat and Joe cleared the air. It was more what people made of it that concerned me, because they didn’t know the full story or the truth. People tried to portray what Joe said in a negative way, but our relationship is more important than what people were trying to say or assumed. We agreed that as long as we were both cool with each other, everything was fine, and we didn’t care what people were saying. Joe was ok with this and so was I, and we just moved on from it.”

Regardless of the series losses for England in all three formats in India, Moeen feels that they have gained valuable experience, especially when it comes to the Twenty20 World Cup later this year.

“There was some very high-quality cricket out there from both sides. We learnt a lot as a team, and this will be invaluable when we come back to play the Twenty20 World Cup. The Twenty20 series was huge as both sides will have learnt a lot about each other’s strengths and weaknesses. India has some brilliant players so they rotated their squad and we made good use of the experience of playing out there. All said and done, it was brilliant preparation for both squads.”

Conventional wisdom may indicate that India and England will be the front-runners for the Twenty20 World Cup this year but as Moeen explained, there are several other dangerous opponents who shouldn’t be written-off.

“It would be wrong to assume that the Twenty20 World Cup will be a battle between India and England. You can’t write off teams like Pakistan, New Zealand and Australia. The Twenty20 format is such that anyone can beat any opponent and teams like Bangladesh are also dangerous. We are a strong team but it’s important that we nail our skills, and the results will then take care of themselves. If we play to the standard that we can, we feel we can beat anybody.”

Moeen Ali’s next cricketing assignment is the upcoming Indian Premier League after he was bought by Chennai Super Kings. For Moeen, playing in the IPL presents him with a great opportunity to work under great coaches and play alongside players that he has admired during his career.

“I think it’s on every cricketer’s wish-list to play under MS Dhoni and I am no different. I’ve captained previously and I’ll be captaining in The Hundred this year so it will be a great opportunity to learn about the art of captaincy from Dhoni at the IPL. I’m also looking forward to playing alongside Suresh Raina and Ravindra Jadeja, who are guys that I have admired for a long time and I feel that we play a similar type of cricket. This is a good opportunity to learn a lot from these guys, as well as the great coaches Chennai Super Kings have in Stephen Fleming and Mike Hussey.” 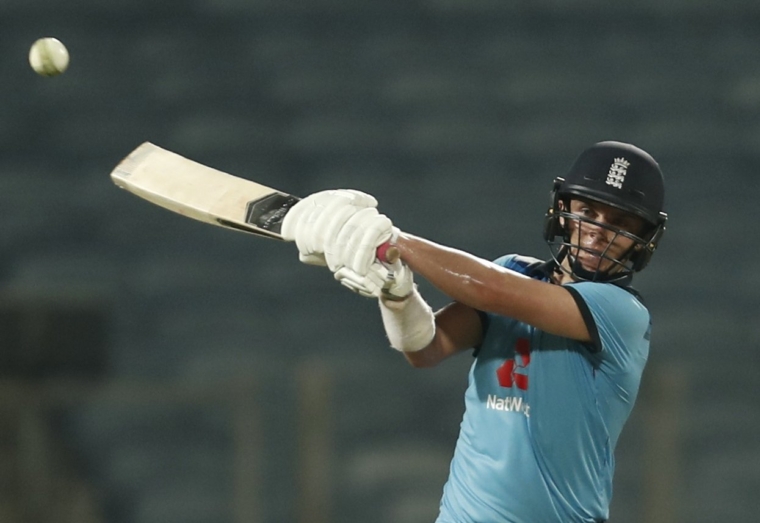 Sam Curran’s brilliant unbeaten 95 which brought England to within 7 runs of a 330-run target in the final ODI against India has drawn plaudits from around the world. For Moeen, Curran is a man who can change the course of a match and who has a very bright future in the game

“Sam Curran is an amazing talent who has all the cricketing attributes. His personality is the most impressive thing about him, he’s very relaxed and it’s almost like he has been playing at the top level for a long time. He’s awesome, he’s a top player and he’s one of those players who is never out of the game. He can change games, win games and has a very bright future and hopefully he will be around for a long time.”

The recent comments by ECB's director of cricket Ashely Giles regarding the potential loss of England players for national duty if stopped from playing in the IPL may have drawn criticism from some quarters, but Moeen has no qualms in supporting this position.

“Ashley Giles has a very valid point. There is so much cricket out there and the money that people can make from Twenty20 leagues is right up there with international cricket. He’s right in giving players the chance to play in leagues such as the IPL. The ECB has taken some flak for the rotation policy, but they are doing the right thing and I am sure it’s part of their long-term vision. Playing in the IPL right now has to be good preparation for the Twenty20 World Cup this year. Players are getting the chance to play against the best and in Indian conditions and that has to be good for the players and for England’s chances at the World Cup. The likes of Ashley Giles are clued up, they know what they are doing, and they previously made some decisions that people felt weren’t popular, but led to us winning the 50-over World Cup.”

Virat Kohli recently spoke about the dangers of bio-secure bubbles on the mental health of players and his comments have resonated well with Moeen who has praised the ECB for their foresight and rotation policy.

“All the players want to play all the time, but we have to understand particularly in the current climate with bio-secure bubbles and quarantine that it’s important that players do get a break. In India, if I didn’t go home then it would have meant me not seeing my family for 5 months, so that time away from the tour of India was perfect for me. It’s not really a rest physically, it’s more about your mental health and getting some downtime with the family around you, as it’s really tough to be away from your family and stuck on your own for such long periods. The ECB have been fantastic regarding this and I can’t praise them enough.”

An eighteen-month break from Test cricket, then eight wickets in his first match are factors that Moeen Ali is taking as huge positives as he looks forward to renewing his love-affair with the longest format.

“I feel good physically and mentally, I want to be playing Test cricket. I had a bit of a break from Test cricket but now I want to force my way back into the Test side. Jack Leach has done well but I am available and I’m ready and I am hoping that I can be a part of the England Test side going forward. There’s a lot of cricket to be played this summer, anything is possible, and I am keen to be a part of the big Test series coming up this year.