"The seasons where I should have performed, I didn’t perform" : Azeem Ghumman

In exclusive remarks to PakPassion.net, the Balochistan batsman spoke about missed opportunities to find a place in the Pakistan side, the improved standards of domestic cricket and why he is confident that he will one day represent the national side. 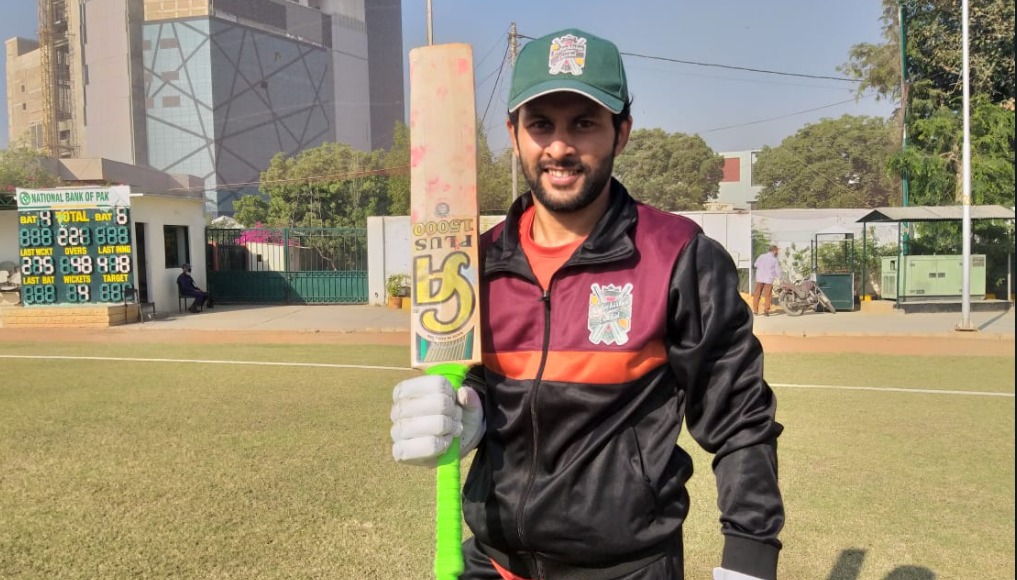 Azeem Ghumman had already made 19 first-class appearances before the Under-19 World Cup in 2010 when he was asked to take on the role of captain for the prestigious event. This achievement was altogether more remarkable when one considered the fact that this was a star-studded Pakistan unit which included the likes of Babar Azam and Ahmed Shehzad. Ghumman did not disappoint in that tournament as he played his part for Pakistan, taking his side to the final where they eventually lost to Australia.

However, to the surprise of many, a player who seemed to be marked for a bright future due to his exploits at such a young age found himself unable to find a place in the national squad and has ever since plied his trade at the domestic level which is a fact that Ghumman has somewhat grudgingly come to accept as he remarked in an exclusive interview wth PakPassion.net, “Whatever my career has entailed, I am proud of what I have achieved so far. There are always things you look back on with some regret and likewise things you look back on with pride, but overall, I am quite happy with how things have gone so far.”

Being appointed as Pakistan Under-19 captain for a prestigious tournament as the ICC Under-19 World Cup, would have been the perfect stepping-stone for further glories but it was not to be for Ghumman, but given the current selection policies which have seen domestic performers being rewarded regardless of age, he is hopeful that he too will get a chance.

“Having captained Pakistan Under-19s and played for Pakistan A, I am disappointed that I didn’t make it to the next level, but that can be attributed to my own mistakes and some bad luck. It’s all about situations and one only has to look at Nauman Ali making his international debut at the age of 34 so there is always hope. One good season and you are back in the reckoning for international cricket.”

Ghumman, who lead Pakistan A on their tour of Sri Lanka in 2010, has played 99 First-class games and scored 5199 runs, has a clear idea about why the chance to represent his country has remained elusive since his First-class debut in 2007.

“The seasons where I should have performed, I didn’t perform and those were the time when a place or two was up for grabs in the Pakistan Test side. That was around 2012/13 and I couldn’t deliver. But what also matters is where you are playing. I was playing for SNGPL and back then most of our matches were in Islamabad and Rawalpindi and a lot of the matches were finished within a couple of days on bowler-friendly tracks. As a batsman it was tough when teams are being bowled out for 150 on such tracks. At best you could score 40 or 50 such were the surfaces. Who knows, maybe if I wasn’t at SNGPL and instead playing for Hyderabad or another team on batting-friendly surfaces, I may have been given a chance at the international level.”

The reforms to the domestic system introduced by the PCB in the 2019/20 season which include a reduction in the number of teams seem to have been met with plaudits from most domestic players and as Ghumman explains can only improve the quality of cricket in the country.

“I’ve been playing for Balochistan for the last couple of years and it’s clearly noticeable that domestic cricket standards have increased as you have the best 66 players playing at any one time in First-class cricket. The competition is tough no doubt about it with each team having strong line-ups. Everyone is fighting for his own place, knowing that there is a queue of players waiting to grab your spot in the team. In addition, the change of ball to Kookaburra has been a welcome change as some bowlers were getting lots of wickets with the Dukes ball and then struggling at the international level with the Kookaburra ball.”

For Ghumman, just scoring runs is not the sole objective of his efforts and attention to fitness is an important aspect of his overall game.

“I feel that I am very mature regarding my cricket and have a good understanding of the game overall and my fitness has never been better. There is a lot of emphasis on fitness these days in Pakistan cricket and it’s something I have always taken very seriously.”

Whilst provinces such as Sindh have in recent times produced some top-quality cricketers such as Zahid Mahmood and Shahnawaz Dhani, Balochistan seems to be lagging behind but as Ghumman explained, it is just a matter of time before the local talent will also come to the fore.

“I’ve captained Balochistan second XI and also played for the first team. I feel there is a lot of talent in Balochistan but there is a lack of experience amongst the local players yet. It will take time for the local talent to develop but they can utilise the experience of the non-Balochistan players and learn from them and they will improve in future.”

Nauman Ali, Sajid Khan, Tabish Khan are some good examples of senior domestic cricketers whose selection for the national side has proven that the new selection policies of rewarding domestic performers are being implemented which Ghumman feels are great signs for the future of the game in the country.

“I believe that the current selectors and especially Mohammad Wasim deserve credit as they are giving chances to the guys who are doing well in domestic cricket. Previously the best performers in domestic cricket weren’t always given a chance, but that has changed now and that is for the betterment of Pakistan cricket.”

At 30 years of age, Azeem Ghumman knows that time is still on side and he is doing his best by performing well in domestic cricket and in league cricket in England to ensure that he gives himself a fair chance to make a bid for an international call-up, “I have always had the dream of playing for my country and that dream is still alive and that is the whole point of playing cricket. I had a decent season last time around and I feel that a strong season this time will put me in with a shout for an international spot. The doors of international selection are open to all but you just have to perform, and I feel that age is not a barrier.”