"Maybe those difficult moments, will make me stronger in future" : Naseem Shah

In exclusive remarks to PakPassion.net, the Quetta Gladiators pacer spoke about his injuries and the tough battle to get match fit, looked forward to sharing the dressing room with his childhood idol Shahid Afridi and why he feels that good performances in the upcoming PSL could be beneficial for his career. 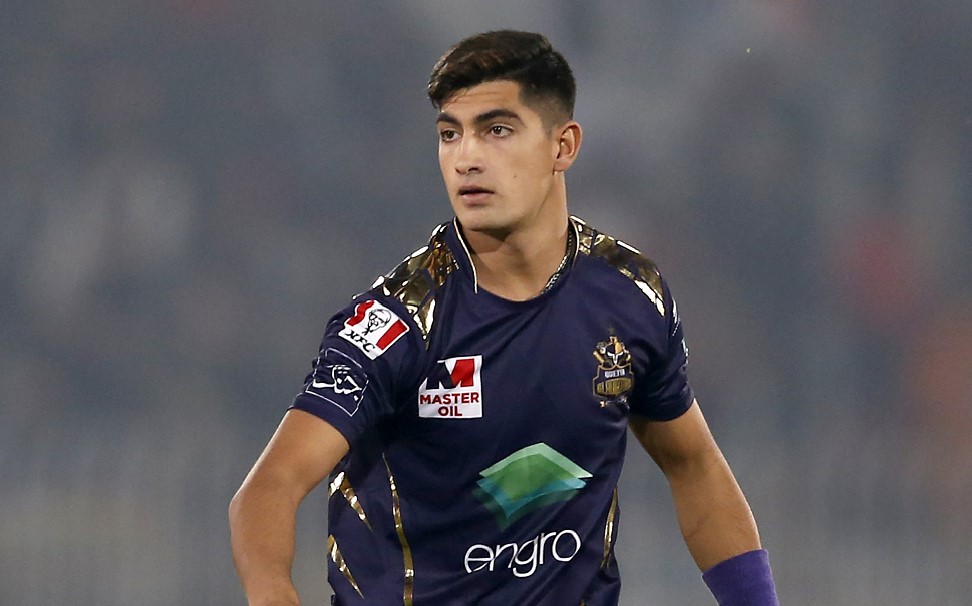 Raw pace and an aggressive attitude have always been the hallmarks of Pakistan’s proud legacy of fast-bowlers. This is exactly what the millions who will eagerly watch the upcoming seventh edition of Pakistan’s premier T20 tournament will be hoping to see when the current crop of local as well as international pace merchants ply their trade during the 34 games, which will be played in Karachi and Lahore between 27th January and 27th February.

One bowler who will be keen to impress will be Quetta Gladiators Naseem Shah who, in exclusive remarks to PakPassion.net, explained the important role that he is hoping the Pakistan Super League (PSL) could play in his future progress.

“The Pakistan Super League is a huge tournament for all of the players taking part and it’s a massive opportunity for the players to impress everyone. There’s no denying the fact that performances at the PSL do count a lot and every player taking part wants to give their all and catch the eye of those watching the tournament.”

The Quetta Gladiators, have had their ups and downs and fulfilled their promise when their captain Sarfaraz Ahmed lifted the trophy in 2019. However, a combination of reasons including the unavailability of their top players in crucial games have steadily dented their ability to win the title the second time, a trend that Naseem hopes they will reverse in 2022.

“There’s no doubt Quetta Gladiators haven’t done very well recently at the Pakistan Super League, but this time we’ve recruited a lot of experienced players such as Sohail Tanvir, James Faulkner, Shahid Afridi and Iftikhar Ahmed. Add to that the likes of James Vince and Jason Roy, together with Shimron Hetmyer, Ben Duckett and Mohammad Hasnain, Khurram Shehzad and I with the ball and you can see why we go into the tournament with a lot of hope and confidence. The combination looks good and a lot stronger so let’s see how things go.”

The evergreen Shahid Afridi has been a constant presence in PSL’s 7-year history and his final season, will be adorning the colours of Quetta as they begin their quest for another trophy. For youngsters like Naseem, the mere presence of a childhood hero, role model and the legendary figure of Afridi in their dressing room will be inspiration enough and the possibility of gaining knowledge from the former Pakistan captain’s vast experience is something he is clearly looking forward to.

“Shahid Afridi’s arrival at Quetta Gladiators makes a huge difference. His vast experience is going to be vital for the squad and will provide everyone with a huge lift. I grew up watching Shahid Afridi on the television and to be able to share a dressing-room with him is a dream come true. I remember as a child all my family and I being huge fans of Afridi and when he was batting my whole family would crowd around the television and when he was out, they would turn the television off. I can’t wait to get the chance to sit down with him and discuss cricket with him, chat about his career and get some advice from him.” 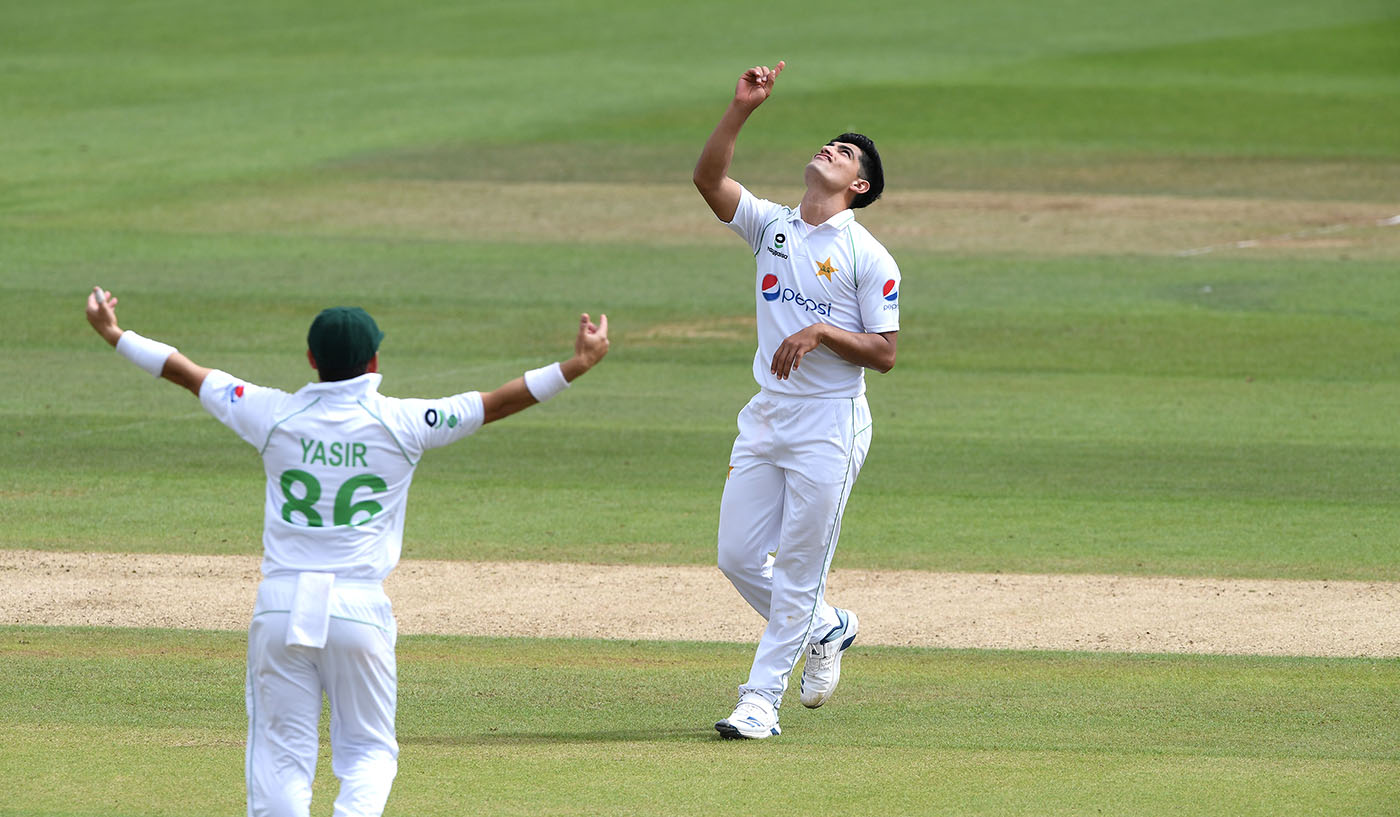 Given Naseem Shah’s talent and pace it was no surprise to many when he was selected for the very demanding tour of Australia, where despite under terrible personal circumstance caused by the death of his mother, he became the youngest Test cricketer to debut in Australia in November 2019. Whilst the young tearaway only took a single wicket on international debut, he did impress with his considerable talent and later on in 2020 became the youngest bowler to take a Test Hat-trick. However, a combination of poor form and injuries then seriously hampered Naseem’s international and domestic career but all that is history and as he explains, he has learnt some important life-changing lessons from those setbacks.

“Injuries have really hampered my progress during my career so far. It takes a bit of time to understand your body as a sportsman and you realise what is causing the injuries and what you need to change about yourself. When I started playing professional cricket, I was literally clueless in terms of understanding my body and the strain I was putting it under. When you suffer injuries it’s a long road back and you learn the hard way. I had 3 fractures in my back, I had a recurring groin injury and even the medics were puzzled as to why those injuries were so frequent. It took many months to resolve the issues and they were tough and confusing times for me. When you are going through those issues and problems then only you know how tough it is, but for many people it’s difficult to understand why a player is sometimes struggling as they don’t know what is going on in that player’s personal life or the injury problems they are going through. I’ve had a lot of trauma in my life already, on and off the field, and it affected me a lot mentally and it affected my cricket. But, who knows, maybe those difficult moments, will make me stronger in future.”

Quetta Gladiators continued faith in Naseem Shah’s abilities is a testament to the importance they place in his skills, and his recovery from what could well have been career-ending injuries would have been greeted with a sigh of relief. Naseem for his part appears ready and is full of enthusiasm as he looks forward to playing more competitive cricket on a regular basis.

“Thankfully I’ve been injury-free for a while now. I’ve played domestic cricket and also at the Caribbean Premier League and when you are playing regularly and are injury-free that really boosts your confidence and gives you a lot of belief. It’s no coincidence that my performances have improved since my fitness levels have been much better. My bowling rhythm has improved and that is definitely down to feeling stronger and fitter than I was. My self-belief has definitely grown too since my injury problems have been eradicated.”

With 20 wickets in 9 Test appearances for Pakistan and an encouraging recovery from injuries, Naseem Shah is undoubtedly looking ahead to resuming his international journey in the future but for now, his eyes are firmly set upon helping his side Quetta rise to glory, once again. 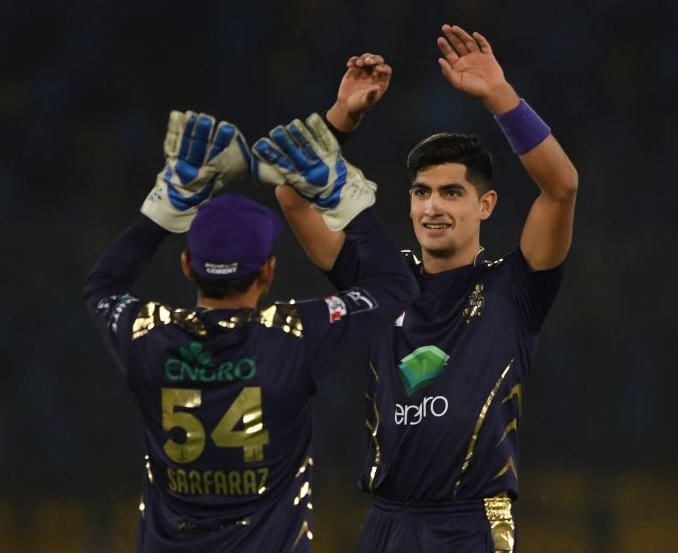 “Look, at the moment I’m not even thinking about international cricket. All I am thinking about is the Pakistan Super League and performing well and we will take it from there. Everybody wants to work hard; everyone wants to play for their country and improve themselves. I believe that whatever is written in my destiny will happen. If that means I play for Pakistan in future, then I will grab that opportunity with both hands. But I don’t want to put myself under pressure about playing for Pakistan as I know that will affect my performances and confidence. I’m not even thinking as far as the T20 World Cup, I am just focussing on the Pakistan Super League and taking lots of wickets for Quetta Gladiators.”