"At least show some passion, pride and commitment" : Azhar Mahmood

In his latest blog for PakPassion.net, Pakistani all-rounder Azhar Mahmood writes about Pakistan's disappointing start to their World Cup preparations, team selection, the lack of intensity and their realistic chances of achieving success in the tournament down under.

"Younis Khan still has a role to play in the Pakistan one day team" : Azhar Mahmood

In his latest blog for PakPassion.net, Pakistan all rounder Azhar Mahmood writes about the successful coaching camps he held in the UAE, his hopes of playing in the IPL, the road ahead for Pakistan's premier off-spinner Saeed Ajmal and his own concerns about Pakistan's ODI batting lineup in the upcoming 2015 World Cup.

"All set for T20 camps at the ICC Academy" : Azhar Mahmood

Pakistan all-rounder writes about the recent charity dinner for the British Asian Trust and also gives details of the upcoming training camps that he will be organizing and running in the UAE. 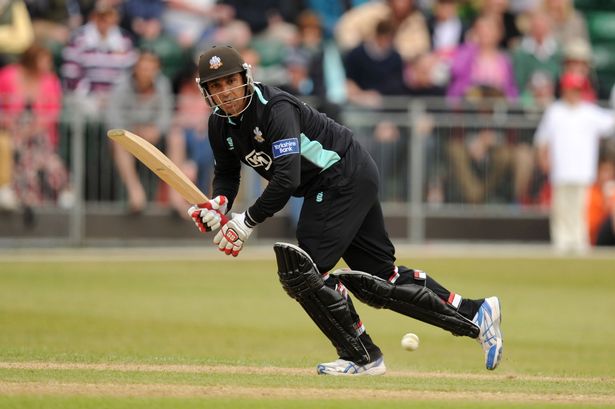 "19th August charity event promises to be a memorable occasion"

In a series of exclusive blogs exclusively for PakPassion.net, Azhar Mahmood will offer a unique perspective on a variety of issues affecting cricket in Pakistan and around the world, as well as interactive question and answer sessions.

He began his Test career in 1997 on a high note, scoring a belligerent Test century against South Africa in Rawalpindi, later adding 2 more to his tally against the same opposition in 1998. He began his ODI career against India in 1996 and was later part of the Pakistan side that reached the Final of the 1999 World Cup in England. He played his last ODI in 2007, although the match is remembered more for Pakistan’s famous defeat to Ireland at the 2007 World Cup which resulted in Pakistan crashing out of the tournament in the first round.

He has since become a prominent figure in domestic competitions around the world, including the IPL, Ram Slam T20, Big Bash League, Bangladesh Premier League, and Caribbean Premier League, where he has represented teams including Surrey, Lions, Auckland, Barbados Tridents, Barisal Burners, Dhaka Gladiators, Kent and Kings XI Punjab.