Pakistan all-rounder Azhar Mahmood in his exclusive blog for PakPassion.net addresses the hot topic of the player objections against Mohammad Amir's probable inclusion in the Pakistan team, expresses his disappointment at not being picked in the Pakistan Super League (PSL) draft and looks forward to his upcoming participation in the Masters Champions League (MCL). 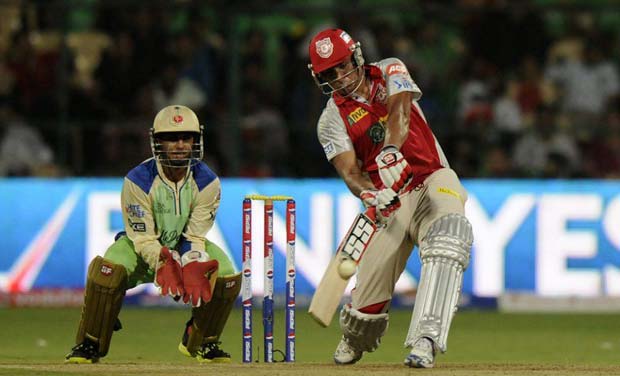 I think it is the right thing to do and I support the PCB in this decision. Look, we as human beings are prone to making mistakes. This is human nature. In Amir’s case, he made a mistake and he has served his punishment of a five year ban. Now that the ban has lapsed, it's time for everyone to move forward and give him another chance. Even from a religious point of view, we need to find it in our hearts to forgive him and move on.

Problems between players should be sorted away from the media

Let me say that if the situation was this serious and the players have issues amongst themselves, this should have been sorted away from the glare of the media. There was no need to make this into a public spat. Simply put, if some players had issues with Mohammad Amir returning to the national team, they should've spoken to PCB rather than running to the media. After all this is a decision for the cricket board and not one that can be taken by players or anyone else for that matter. Now that this matter has come to light, the PCB should step in and resolve this issue among players in an amicable fashion. The problem now is if this matter is not handled sensibly then there will always be suspicions about player rivalry if and when the team does not perform well in the future. Regardless of how PCB will handle this, let me reiterate that what Mohammad Hafeez did was wrong, there was absolutely no need to go to the media when he could have easily gone to his employer, the PCB, and explained his point of view to them in private. All that has happened now is that Pakistan cricket will become the object of ridicule in front of the world and the problem will remain where it is.

There is no doubt in my mind that the whole debate about Mohammad Amir’s inclusion and re-admittance into international cricket has only one arbiter and that is the PCB. The issue here is if someone makes a statement that they will not play if Mohammad Amir plays and the PCB does decide to play Amir then are the dissenting players happy to make that sacrifice of their career? The PCB needs to stand firm even though their resolve will be tested. PCB needs to remind some players that the cricket team is not run by and does not belong to individuals. However, to be honest, apart from posturing by some, not much will come out of this whole affair and everyone will bow to the wishes of the PCB.

I am very excited about playing in this league which will consist of some legendary players, although am a bit disappointed that Wasim Akram won’t be there. The really nice thing about this league is that apart from some retired players like Brian Lara, Virender Sehwag or Graeme Smith, many others are still active cricketers. So we have players like Michael Lumb who are still very much in the game which will definitely make the MCL a pretty competitive league.

Disappointment at not being picked by any PSL team

The word disappointment doesn’t even begin to describe my feelings about not being picked by any PSL team in the draft. I am not too sure what logic was used to pick players by the franchises but it appears that they didn’t get good advice. It appears that these are the same advisors who did not select me in the past and are repeating their mistakes again. So apparently players like Yasir Arafat and I who have been considered good enough to be selected for Twenty20 teams around the globe are not considered eligible for playing in the PSL! You can probably say that I haven’t played enough domestic cricket in Pakistan but then someone like Yasir Arafat who was captain for Rawalpindi in the Quaid-e-Azam trophy was also overlooked which is mind boggling. If availability is an issue, then Yasir has been always available to play for this league in his home country. If the idea was to select young players then what are thirty-nine year olds doing in the list of picked players?

Of course I am disappointed but we have to move on and that is what I will be doing. The fact is that I am and have always been available for Pakistan. My ability is not under any doubt as how many players do we know have made over four thousand runs and taken two hundred and fifty wickets in the Twenty20 format. If the clash with the MCL schedule was a factor then the supplementary category was also available which could have been used to take me on, after all Kumar Sangakkara and Tillakaratne Dilshan are picked as part of that same group of players, weren't they? I don’t really blame the franchise owners as they are not cricketers but the think tank associated with the PSL appear to be providing incorrect advice which is a matter of concern.

Yes, it is that time of the year when I head out to Dubai to setup the coaching clinics but the timing will need to be adjusted due to the advent of PSL and MCL and also to take into account the holiday season in that part of the world. I am in discussions with the ICC as well about these coaching sessions and hopefully these clinics will be another big success story for us, God Willing.