"Some players are playing for themselves and not for the team" : Azhar Mahmood

In his latest blog on PakPassion.net, Azhar Mahmood writes about Pakistan domestic cricket's inability to provide high quality cricketers for the senior side, insecurity amongst members of the Pakistan team, rubbishes suggestions about grouping in the team during the Asia Cup and World Twenty20 and puts forward his recommendations to improve the fortunes of the Pakistan team. 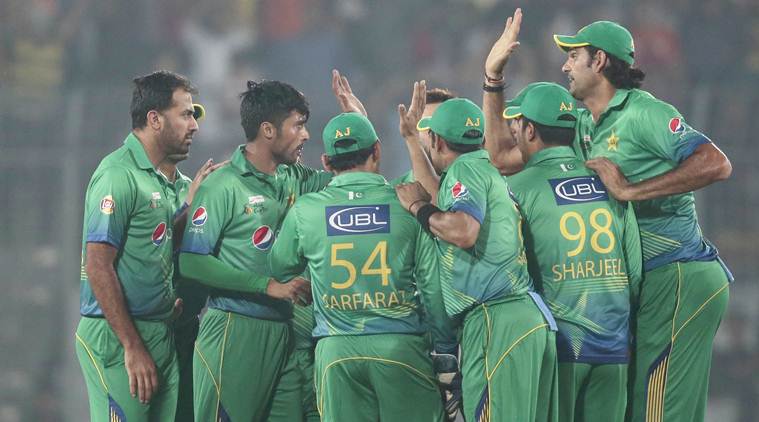 Changing Waqar Younis or any other coach will make no difference unless the basic problems are solved in Pakistan cricket. Coaches can come and go, but unless the fundamental problems Pakistan cricket is facing are actually addressed, simply changing personnel will have no effect.

The first issue is domestic cricket and its current structure. There is quantity but not quality. There are far too many teams and the quality of cricketers coming through into the national team is not up to the standard that it should be. When players come into international cricket they should only need fine tuning by the coaches, but what is happening is that players coming into international cricket in Pakistan are having to be told about diet and training, which are things that they should already know and should have learnt at the grass roots level. Our players coming into the international team have no clue about work ethics or nutrition.

The fitness level of our players is very poor. The PCB needs to adopt a policy where players have to be up to a certain level of fitness in order to play for Pakistan. Let me give you the example of Imran Tahir. He was told by CSA that there will be no compromise on his fitness if he wanted to play for South Africa. He was told that before he could play for South Africa he would have to reach the adequate level of fitness, which he did and has maintained. This is an example of what the PCB needs to implement. We are five years behind the fitness levels of other teams in international cricket yet some players moan if they have to train for more than ten minutes. This is not the behaviour of professionals. Look at Virat Kohli as an example, he was turning ones into twos throughout the World Twenty20, I don't think too many of our players could manage that. We lose so many runs whilst batting due to poor running between the wickets, due to a lack of fitness. The same goes for Pakistan's fielding which is largely poor due to below par levels of fitness.

The captain and coach in all formats have to be in the selection committee. You simply cannot have a situation where players are picked for a squad and the coach or captain have no say in it at all.

During my spell with the team at the Asia Cup and World Twenty20 I saw a group of players who are very insecure. There is the constant fear from many of the players that they will be dropped for the next series or tournament. The selectors and Board need to give a proper run to players in order to remove this insecurity. For example, look at the treatment of Iftikhar Ahmed who was picked for one match where he didn't even bat, but was then dropped. This sort of thing should not happen as it's demoralising for players and adds to their insecurity. If you select a player, give him a proper chance.

Groupings amongst the players

This is absolute rubbish. There were no issues amongst the players during the Asia Cup and World Twenty20 and there were no groups as has been reported. The simple fact is that our players are not good enough at the moment.

Play for the team not for yourself

One of the aspects that was a real concern was that some players are playing for themselves and not for the team. This stems from the team culture and the lack of trust and results in players only thinking about their own position in the team and not what the team's requirements are. If a player has sacrificed his wicket for the team, then that should be appreciated by the group and it should not be detrimental for that individual. At the moment very few of the players are willing to play for the team, as they are too busy worried about their own position in the team. For too many players personal goals are coming ahead of the team goals. Our players' goals are small, they are setting themselves small targets instead of looking ahead and thinking where do I want to be in three or four years. Batsmen and bowlers should be setting themselves challenging goals, looking at the number of hundreds they will score and the number of 5fers they are targeting. At the moment our cricketers are not setting themselves challenging goals and remain in a comfort zone which is hampering their performance.

What I found was that many things that were being discussed within the four walls of the dressing room would very quickly reach the media. Nobody is bigger than the team and whatever is discussed within the dressing room should remain there. I feel that the PCB should put a clause in player's contracts regarding confidentiality and any player who breaches that clause should be disciplined.

Sadly many of our players lack that game awareness that should be instilled into them at domestic level. Let me give you an example, someone hits the ball in the air, our main batsman is at the non-striker's end, they don't think about ensuring that they cross before the ball is caught. These are basics which are lacking in many of our cricketers.

It hurts me to say this but the pride and passion of playing for your country is missing from some of the current Pakistani cricketers. You are representing your country, not your local club team! The Pakistan women's team were an example to the men's team at the World Twenty20, as they played with passion and pride. When I put the Pakistan shirt on recently for my coaching stint, I had goosebumps, but I don't see that in a lot of the current players.

We have talent, but you have to have the work ethic, as talent alone will not help you succeed. Again I use the example of Virat Kohli. He has talent, but look at his work ethic and the amount of hard work he does to supplement that talent. It's easy for the players to blame the coaches or the PCB, but at the end of the day it's how much they want it and how much hard work they put in, which will produce the results.

Mohammad Amir was Pakistan's best bowler five years ago, he's still Pakistan's best bowler because he's dedicated and hard-working. He's played no cricket for five years but is still our best bowler. His wrist position is so good and he wants to prove a point. This commitment is missing from some of the other bowlers. What have the other bowlers been doing for the past five years? If they are not willing to learn or change things, then you can bring in whichever coaches you want. The coaches cannot go out there and bowl for the team, it's down to the players. I can pass on my experience and tell them what to do but it's down to the bowlers to execute the plans. Our plans included yorkers and slower balls, but the bowlers failed to execute these plans. Once again it's a lack of game awareness. The bowlers have to think for themselves when the match is in progress, about their bowling, about the plans and the field-settings. I cannot go on to the field and do that for them. I worked with Anwar Ali recently regarding his wrist position and his back leg not being stable but at the end of the day the bowlers need to do on the pitch what the coaches have told them. I told the bowlers I can bowl five or six types of slower balls, come and learn from me. At the end of the day a coach can only help and advise, as what happens on the pitch is down to the players.

Shahid Afridi was a changed man during the Asia Cup and World Twenty20 and he wanted to do things better. Unfortunately some of the decisions he made did not come off. He made some blunders and they are all there in various reports and everyone has seen them, so there is no point me going over those mistakes again. Then again, if some of the decisions that he made had come off, then everyone would be saying how inspired the decisions were. Captaincy is not rocket science, but as I say, Afridi's captaincy has been discussed at length in various reports.

Criticism aimed at me

I've seen some people criticising me that I was only there for the money and not of much use. May I remind those people that I could have made twice as much doing television work during the World Twenty20. I have played for my country with passion in the past and love my country. I want to see our cricketers perform at their best and I want to help in any way I can. I want to see Pakistan cricket be at the top in all formats, but the players have to play their part in that.

My recommendations to the PCB

I made some points to the PCB in a report I submitted to them. One of the points I addressed was that the PCB needs to hire a sports psychologist to get the players mindset right and get their thinking to be a lot more positive. There's too much negativity in the Pakistan dressing room and that needs to be eradicated. There needs to be more self-belief amongst our cricketers and that is missing at the moment. The players need to believe more in themselves and believe that they can win from any situation, which is lacking these days.

My other main recommendation to the Board was for the players' work ethic to be improved and for players to take practice a lot more seriously and also to practice a lot harder instead of going through the motions. There needs to be more dedication and hard work from the current crop of Pakistani cricketers as that is also missing.

Another point I have made to the PCB is to hire a better quality of domestic coach. We need people who can improve the game awareness of our cricketers at domestic level and also improve our cricketers' fitness and make them more aware of nutrition.

These are some of the suggestions that I sent to the PCB and I hope they take note of them, as I really feel they are important to help get to where we need Pakistan cricket to be in the future. We all have to dig deep and realise where we are going wrong and look at ourselves, or we will be left behind in all formats of the game in years to come.