In his latest blog for PakPassion.net, Azhar Mahmood writes about his upcoming assignment as bowling coach for the Pakistan limited overs team, expresses his satisfaction with Mohammad Amir's performance so far in England and explains the reasons behind Pakistan bowlers inability to extract reverse-swing during the current series against England. 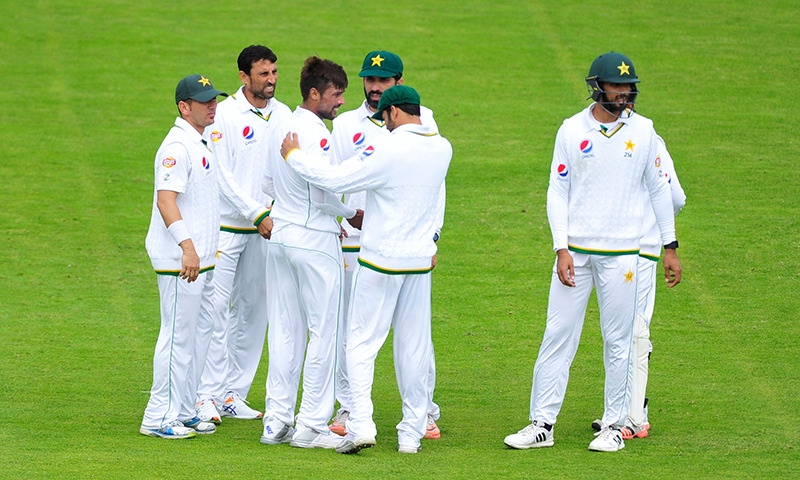 Looking forward to working with the Pakistan team again

Let me start by sharing my excitement as I embark upon another chapter of my association with the Pakistan team. As a bowling coach for the Pakistan team, I am looking forward to working with the best talent in the country very soon. I would have started earlier with the Pakistan team had it not been for my commitments in the NatwestT20 Blast tournament where I was representing Surrey. As for my remit for this role, it will become clearer in a few days time but what I would like to make clear is that it is very unlikely that I will be involved in any major restructuring of techniques during the period of the upcoming Limited Over series. I expected my role to be focussed around providing useful input on the tactical and strategic aspects of the game which will include areas such as game plans and also areas where we can target specific batsmen. Of course, I will also provide assistance if a bowler has a need for any minor modification to his technique.

It’s been a tumultuous few weeks if you are a Pakistan cricket follower. The highs of the victory at Lord’s have quickly turned into depths of despair as Pakistan find themselves trailing England in the four Test match series. Quite naturally, the hunt for scapegoats is truly on and Pakistan bowlers are being targeted as the possible culprits; I have to admit that I am a little surprised when I hear Mohammad Amir’s name being mentioned in this regard.

I fail to see where he went wrong or what he did which seems to inspire so many negative comments on his performance. I also see no reason why we should feel disappointed or let down by Amir because you must remember that he wasn’t going up against ordinary batsmen. We had the likes of Joe Root along with Alastair Cook who are both regarded as the top batsmen in the world and to expect Amir to single-handedly destroy this type of a batting line-up would have been a completely unrealistic expectation.

Apart from blunting our new ball attack, both batsmen also knew that we had a four-man bowling attack and they made use of that fact. With this type of attack, you cannot go all out for four or five overs and then take a rest as there is no luxury of having a fifth bowler to come in and provide respite. This is the type of thing we could do in the past with bowlers like Shoaib Akhtar steaming in for a few overs but sadly, we are not in this position now.

The other aspect which seems to worry observers was that Amir’s bowling seemed to lack intensity and his speed was not up to his usual standards. I would like to dispute that assertion straightaway as he bowled comfortably at the 84-85 MpH mark which was a similar speed to what he was generating during the Asia Cup. What is true is that given that he was part of a four-man bowling unit, and unlike in Twenty20 tournaments where you have just four overs to get through at extreme pace, Amir had to ensure that he was preserving himself to be able to bowl longer spells and possibly his time away from such level of cricket may have had an effect on his fitness as well.

Regardless of his speed, the beauty of Amir’s bowling style is that he can be as effective at 80 MpH as he would be at higher speeds. In other words, we should not read too much into perceived lack of speed when we talk about his effectiveness as a bowler. I fully expect him to quicken up considerably as he plays more matches and his body starts to adjust to such levels of stress.

The other bowler drawing a lot of flak from all and sundry is Wahab Riaz. He was expected to come and blow away the opposition with his raw pace but at this level of cricket, it's more about getting swing to help get results, not simply about speed.

For instance, an 80 MpH bowler can get more wickets than a bowler bowling fast but without swing to aid his effort. To Wahab’s credit, he did bowl express at Old Trafford but for some reason could not extract the movement which would have made the difference and again, like I said before, we did not have the luxury of a fifth bowler so all the bowlers had to balance their effort with that fact in the back of their minds.

Whilst I haven’t been involved with the Pakistan bowling in the recent Test series, there is an observation about Wahab which I would like to make which is based on my experience of working with him in training camps before. The first thing to note is that he is an excellent operator with the older ball. His wrist position is such that he takes the ball across the right-hander and brings it in to the left-handed batsmen. I did work with Wahab in the past on his wrist position and he had improved a lot. In my role with the Pakistan team, I intend to work on this aspect again to improve his effectiveness although given the schedule, it will be difficult to devote too much time on this, apart from helping him tune his radar in terms of line and length.

We will also be concentrating on getting some of the other crucial Limited Over skills sorted out with the Pakistan bowlers. As we know, in addition to Wahab, the ODI team will also have the services of Umar Gul so that we can work on bowling yorkers which is an important type of delivery we did not see too much of in the Test series. This is also something people have claimed that we have lacked in previous Limited Over games. This is exactly the type of input and improvements to our bowling attack that I intend to provide in technical terms during a series when time to train is limited.


Sohail Khan's fitness issues are a matter of concern

I must say that he did impress me with his dedication and skills with the ball. The only thing to remember is that back home, matches played in Punjab don’t tend to last long so that teams get bowled out within fifty to eighty overs as the pitches help bowlers; innings seldom last hundred to two hundred overs which must have been a bit of a culture shock for someone new to Tests like Sohail Khan. He would have not experienced bowling such long spells and probably suffered fatigue which we all saw, to our dismay.

Excuses apart, this is international cricket and players need to be able to handle such pressure and Sohail will need to work harder on his fitness in the future. His skills are not the problem as he showed us in the first innings but his fitness let him down in the second innings where he could not have control over his deliveries. This put too much pressure on Misbah-ul-Haq as he could not set a field for Sohail and this episode really should not be repeated in the future.


Pakistan's bowling and loss of key sessions in the Edgbaston Test

Just like batsmen form partnerships, it is said that bowlers also hunt in pairs. The disappointing aspect of Pakistan's bowling performance was that the bowlers, apart from the Test match at Lord's, were unable to bowl in partnerships. If you recall during the third Test, there was a period on the fourth day where the run-rate was held down due to some excellent bowling but we could not carry on applying pressure in that fashion which allowed England to build a decisive lead.

Collectively, as a bowling unit, Pakistan did not make good use of the new ball on that crucial third day of the Edgbaston Test and the hundred and three run lead was wiped out in no time. In my estimation, Pakistan won more sessions in the Test match but England won some sessions by large margins which was reflected in the final result.

To me, the main reason for the lack reverse-swing for Pakistan bowlers has to do with how the ball is taken care of during the innings. This is completely different from the way the same result is achieved back home in Pakistan. In England, the grounds have lush outfields and the ball inadvertently picks up moisture from the outfield. As you would have noticed, England took very good care of the ball whilst we did not and that could well have been the difference.

Apart from that, there are some basic confidence issues in both batting and bowling. When a few wickets fall, even marginally good balls bowled by the opposition can result in wickets. Similarly, bowlers when under pressure can also lose their rhythm. If on the last day, Pakistan had come close to the total then you would have probably seen a nervier and less effective bowling display from England.


The tail must bat with more conviction

I don’t think stating that our batting is generally weak would be considered an exaggeration. We saw how we gave away the advantage to England on Day 2 with the wickets of Sami Aslam, and then Azhar Ali at the end of the day. Whilst the top-order batsmen must take responsibility for the batting in general, it is also true that our tail starts at the fall of the sixth wicket and this is where we need to strengthen and pick ourselves during the final Test. We need to ask each of the tail-enders to take their batting seriously and inculcate the idea in their heads that ten to twenty runs from each of these players can make a crucial difference to the team. This is not something that coaches needs to explain to any member of the team; rather, it's something which each player needs to realise as well.
Discuss!