"Mohammad Amir will come back to international cricket as a better bowler" : Azhar Mahmood

In his latest blog for PakPassion.net, Pakistan bowling coach Azhar Mahmood explains the reasons for his side’s dismal display in the recently concluded Asia Cup tournament, his high hopes for a bright future for Shaheen Shah Afridi, explains why he thinks an international break will help Mohammad Amir and looks forward to a tough and competitive Test series against Australia. 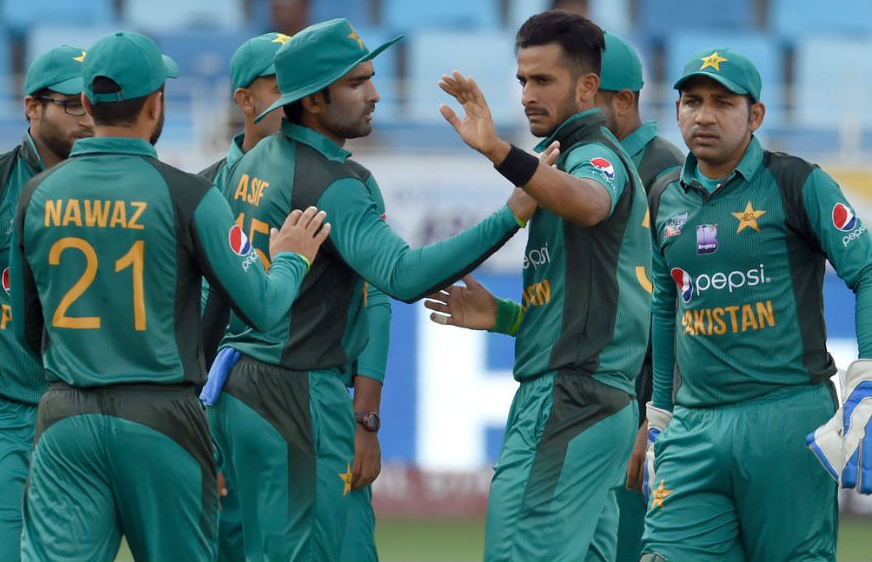 The Asia Cup campaign did not go well for us and we did not perform as expected. I feel that a part of the problem for us was the inability to deal with pressure but also our failure to perform well in all three departments of the game cost us dearly. Our batting had numerous failures and very surprisingly, our bowlers failed to strike early and a part of that is due to the catches we dropped. What people must understand is that we are a young side but it is also important that we learn from our mistakes, so we can improve ourselves in the future.

To many who looked at our performances, it appeared that the team was listless and flat but then one would expect that when we were unable to take wickets and dropped catches on a regular basis. However, I can assure everyone that the team did not lack in enthusiasm during this tournament. We continuously worked very hard on our fitness and skills, but the fact is that after the loss to India in the group stage, we came under intense pressure and we did not handle that well. So, the expectations of success and the pressure in the tournament took a toll on a side which all said and done, has inexperienced players in it. But, like I said, this is a great chance for all of the players to analyse their mistakes and put them right for games they play in the future.


A steep learning curve for players as well as coaching staff

In a strange way, the successes we had prior to the Asia Cup had an effect on how we reacted to some setbacks. When you have been winning for a while, you tend to forget how to pick yourselves up and make a comeback after a loss and this is what happened to us. Let me say that there is a steep learning curve to overcome not only for the players but for all of us including the team management and coaching staff. I am sure we all remember how after the loss to India in the first game in the Champions Trophy we were able to bounce back but that was due to the winning momentum which we sadly failed to build in the Asia Cup.

There was some undue criticism of our fast-bowlers especially Usman Khan Shinwari, who I feel bowled well. The real issue was that the pitches were slow and not ideal for fast-bowlers and most importantly we failed to perform in the spin department. Shadab Khan had a slight niggle so his effectiveness was limited, and this hurt us a lot during the middle-overs where we failed to take wickets, especially when our fast-bowlers were not effective in their opening spells. This was crucial for our ability to stop the opposition from scoring runs and we were not successful in it.

We were let down by players who we were relying on to take on the opposition. So, the key players like Fakhar Zaman, Babar Azam, Shadab Khan, Hasan Ali and Mohammad Amir failed to put in the types of performances which could have changed the outcome of games. The batting in particular disappointed us immensely when we were bowled out for 162 against India which really put too much pressure on us. It could be said that we lacked confidence and possibly started to doubt our own abilities but to be fair to our team, these things can happen to the best sides in the world.

If one looks at our record since the Champions Trophy we have by and large been a successful side. Now, people say that the quality of opposition we faced in recent months wasn’t that high and we hit a brick wall when faced with tougher sides during the Asia Cup. My answer to that is simply that we also encountered tough oppositions in the Champions Trophy but there we saw how we peaked at the right time to build momentum and also did the basics right such as holding on to catches at crucial times. Contrast that with what happened in the Asia Cup where the main players I mentioned before did not perform that well barring some exceptional innings from Shoaib Malik, and that made life very difficult for us. In a way, this could be a blessing in disguise as low points like these are very useful in helping us learn from our shortcomings and that could help us perform better in the future.


Shaheen Shah Afridi continues to impress with every outing

One huge positive from the Asia Cup was the very impressive performances which we saw from Shaheen Shah Afridi. He has the skills, is full of energy and is eager to learn and we saw the improvements he made when we introduced him into ODIs after his success in T20Is during the tri-series against Zimbabwe and Australia. It’s also great news for us that we are getting such excellent cricketers coming through our system and I am sure Shaheen has a bright future ahead of him in international cricket.

Mohammad Amir has been struggling a bit since his return and fatigue could be a reason for that. Regardless of other factors, the fact is that there has been a lot of pressure on Amir in recent times. Because he has that wicket-taking ability, almost everyone seems to think that Amir is the key bowler in our team. But, he is not taking wickets and that pressure to perform is creating issues for him. This is then causing some self-doubts on his own ability which is why him not playing in the next series against Australia will give him that much-needed break from this high pressure. He can now go back to domestic cricket in a relaxed frame of mind and work on some technical issues such as his wrist position. In addition, as you may have seen, he has started to stop before he delivers the ball which is a problem. But, now he has a good opportunity to fix the issues we have highlighted when he goes back to domestic cricket. We have told him exactly what he needs to do to remedy his problems and he will work on fixing the issues when he plays in domestic cricket and I believe he will come back to international cricket as a better bowler.

We have a tough 2-match Test series coming up against Australia, but we are well prepared with a very mature batting line-up which features the likes of Asad Shafiq and Azhar Ali. Whilst in the Asia Cup we spoke about an inexperienced batting side, the situation in Tests for Pakistan is completely different. We are also lucky to have Yasir Shah back in the fold who has performed very well for Pakistan in the past in UAE conditions. Of course, he has been an important factor in our successes outside the UAE as well and he will be a very important asset for Pakistan in the series against Australia. As for Australia, they have been in the UAE for a few weeks and have also played a tour game against Pakistan ‘A’ so their preparations are top notch and should provide a stern test for the home-side. From a Pakistan point of view, we will hope that whatever lessons we have learnt from our mistakes in recent times will be put in practice during the upcoming matches and we will be able to get good results from the Test series.