"We should use the example of India where domestic wickets are of a high-quality" : Azhar Mahmood

In his latest blog for PakPassion.net, Pakistan bowling coach Azhar Mahmood writes about his views on Pakistan's recent tour of South Africa, the reasons behind the lack of express fast-bowlers in the Pakistan line-up, progress of Hasan Ali and Shaheen Shah Afridi as fast-bowlers and Pakistan's chances in the 2019 World Cup. 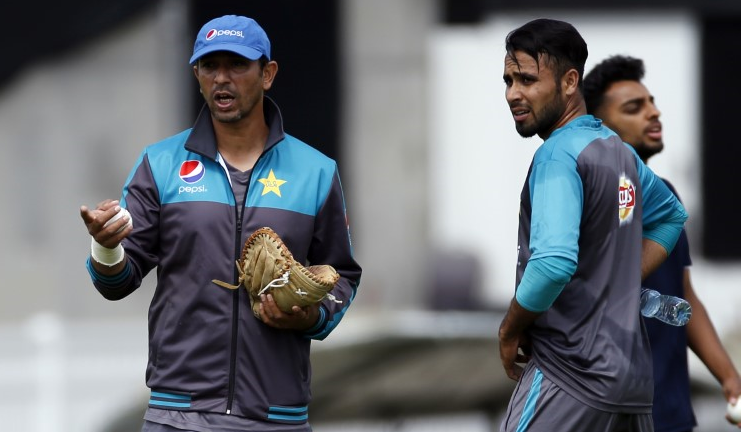 Despite the results of the series in South Africa, Pakistan played some good cricket

If one looks at it from the point of view of the final result, then the tour of South Africa was a disappointing one. But we have to remember that this was a young and inexperienced team we took to South Africa. Whilst, it’s natural for people to look at the poor results but what they must also realise is that despite this loss, we played good cricket and we participated in most matches with a good chance, but the fact is that the matches were decided on crucial sessions and moments. It has also been said that our batting struggled on this tour, but the South African batting struggled too, and I feel the major difference in the batting between the two teams was based upon fine performances by Quinton de Kock. Now we all know that when touring South Africa, teams will face pace and bounce, but this time around the pitches had a lot of uneven bounce and that really wasn't good enough. In addition, South Africa had guys who could bowl 145kph or more and we did not.


A lack of 145kph plus bowlers in Pakistan

I remember during the days when Abdul Razzaq and I were playing, we were bowling around 140kph and were regarded as medium-pacers but nowadays our quickest bowlers are bowling at 140kph. The reason for this is simply due to the quality of the pitches in Pakistan. Our pitches suit swing and seam bowling and offer medium-pacers great assistance. Our domestic cricket is full of swing bowlers who are bowling on ideal surfaces for them which is a far cry from entirely different conditions in international cricket. We need to improve the quality of pitches in Pakistan and make the pitches flatter so that our batsmen learn the art of scoring runs and our bowlers will then run in and hit the deck hard and they will then try to bowl faster. In addition, our pace bowlers will re-learn the art of reverse-swing as innings will not be over quickly.

These days in 4-day cricket most innings are finished within 60 overs, but what we need to see are innings lasting 100 overs or more and only then in such circumstances will our batsmen learn the art of playing long innings and bowlers will learn how to bowl with the new ball and the old ball. If teams are bowling the opposition out in 50 or 60 overs, then the stamina of our pace bowlers is not being tested and then what happens is in Test matches where they have to bowl as a team for 100 overs or more then they struggle with stamina and their pace drops. It stands to reason that if a bowler only has to bowl 12 to 15 overs an innings in domestic cricket and then he is confronted with the challenge of bowling 20 or more overs in an innings in a Test match then he will obviously struggle with his workload.

Also, when you have true wickets in Pakistan then that will also improve your quality of spinners. I give you the example of Bilal Asif who came into Test cricket having hardly bowled any long spells in domestic cricket. We should use the example of wickets in India where in the Ranji Trophy the wickets are of a high-quality and that has lead to the emergence of a good standard of cricketers including genuine out- and-out pace-bowlers.

Hasan bowled well in the first Test match, but you have to remember that South African grounds are quick-scoring and the margin of error for any bowler is very small. Even the South African bowlers were going at a higher-rate than our bowlers in the Test series. I don't think Hasan’s overall performances was all that bad during the series in South Africa and the only criticism you could level at him, perhaps, was that he bowled a few too many four-balls which given the quality of batsmen like Hashim Amla and Quinton de Kock proved to be his undoing.

I have since that time spoken with Hasan and he knows what he needs to work on, particularly on improving his concentration throughout every over and not just for some deliveries in each over. There is no point concentrating harder and recovering when you have already conceded a boundary off the first ball of your over. One must realise that this was his first tour of South Africa and the pitches were different to what he is used to playing on, so it was a good learning opportunity for Hasan. But one must also give credit to Hasan as throughout the tour, he continued to run in and bowl as quick he could, and on top of that he worked hard and showed improvements in his batting.


Faheem Ashraf has the potential to become a great all-rounder

Faheem Ashraf has received a lot of criticism in the recent past, but the fact is that whenever he has been given an opportunity, he has done alright apart from one match in South Africa. I feel that by and large whether it's with the new ball or the old ball, he has done well. Despite some poor performances, I still have faith in his batting, and to me he is one innings away from finding his feet in international cricket as a batsman. I've seen Faheem batting in the nets and the way he can hit the ball makes me believe that he has a great potential with both bat and ball and can become a great all-rounder for Pakistan in the future.

I must say that I am extremely impressed with Shaheen Shah Afridi’s progress so far. He already has skill and potential and is fast learning the art of fast-bowling which is extremely encouraging for us. We are, however, working on a few things with him namely on his run-up and his delivery stride so that it is more balanced. In my mind, there is no doubt that he will get better and better with time and he has all the ingredients to become one of the best bowlers in the world. He has everything and most importantly he is mentally sharp, he wants to learn, he wants to adapt his game because he is not shy to try different things with the ball. As a coach it makes things much easier when you have a bowler who is eager to learn and willing to try different things to improve himself.

I was looking forward to watching Naseem Shah playing in the PSL but unfortunately injury has ruled him out of the tournament. When you are a young man you understandably want to bowl as quick as you can. But, if there is a slight problem with one’s action or if one is not as physically strong at that point in your life, then the bowler is liable to pick up injuries. This is because the bowler does not know the limits of strain that his body can take and is not sure about how to model his bowling action according to the strengths of his body. Coming to Mohammed Musa, he is a bowler who I have worked with at the Emerging Camp. He is a hard-working young cricketer with a lot of potential. I just hope he gets adequate chances at the PSL which can only benefit Pakistan cricket in the future.


Taking a break from the PSL

I'm not part of the Karachi Kings coaching team this time around as I have decided that I needed to spend more time with my family after a busy schedule in international cricket and also with the World Cup coming up. But I would love to be a part of the PSL next year.

We played competitive white-ball cricket in South Africa and I feel that as a team in both 20-over and 50-over cricket we are heading in the right direction and can be one of the major challengers at this year's World Cup.