"Naseem Shah should be part of the Pakistan XI for the first Test" : Azhar Mahmood

In his latest blog for PakPassion.net, Azhar Mahmood writes about his disappointment at Pakistan's recent lacklustre performances in T20Is, the selection of inexperienced fast-bowlers for the Test series versus Australia, why Naseem Shah must play in the 1st Test against Australia and his hopes for an improvement in standards in domestic cricket due to recent changes. 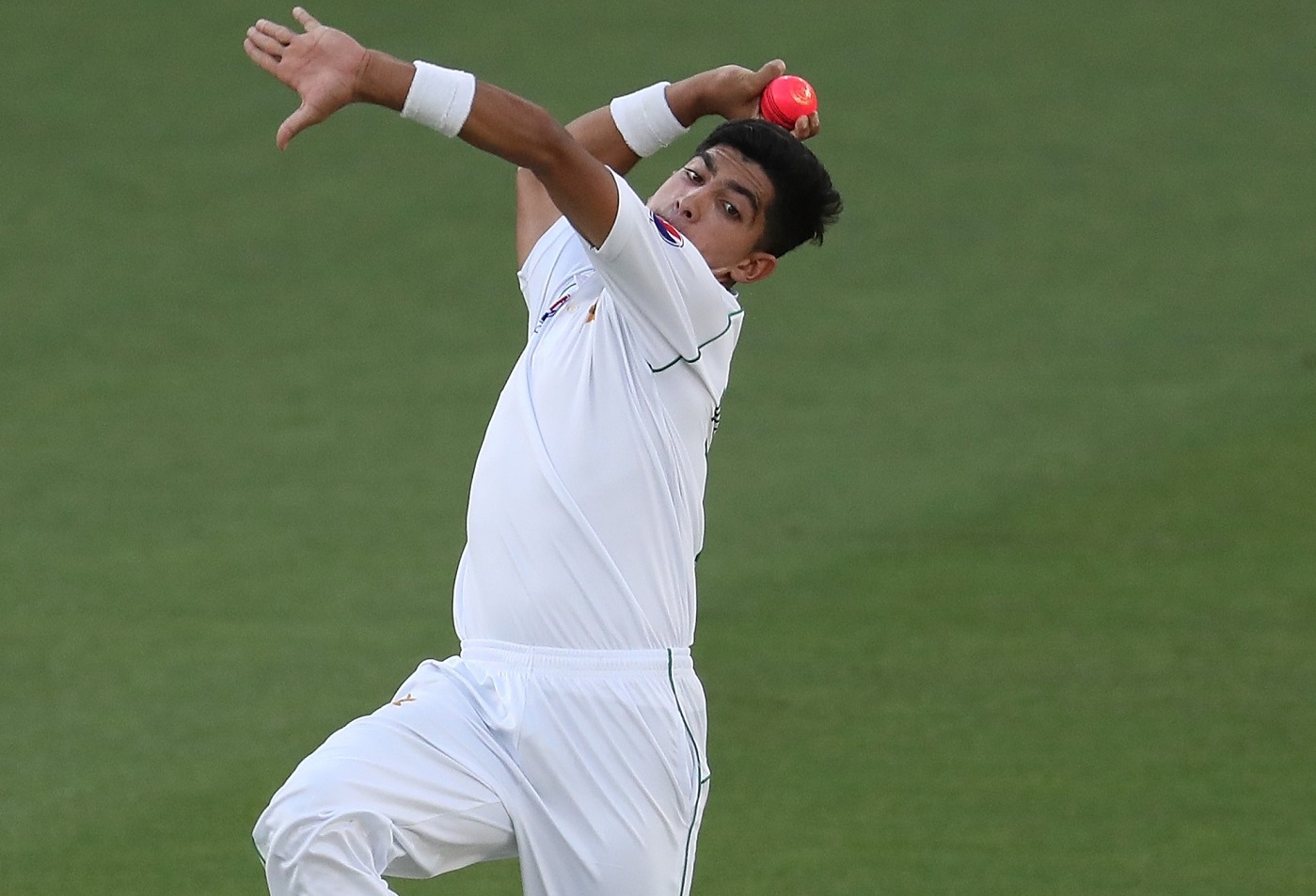 Like many others, I am very disappointed about the manner in which Pakistan performed in the T20I series in Australia. I have just one question about that and that is, why did PCB after having changed the team management also change the T20I team itself? It made no sense to side-line the players who got Pakistan to the number one rank and if we did bring back the likes of Ahmed Shehzad and Umar Akmal, then at least they should have been given more chances to perform, instead of dropping them straight away. This seems to indicate a lack of direction in the policies of the team management and this must have unsettled a somewhat set T20I side. We had the likes of Hussain Talat who had been doing well in domestic cricket, Mohammad Hafeez and of course Shoaib Malik have all had good performances to their names in T20Is in the past and then we also had Faheem Ashraf who rose to 6th in the T20I bowling rankings - all of these names were missing from the T20I side which lead to our current spate of problems. I can understand if changes needed to be made to the ODI setup but having a new management who themselves need to settle in, and then also changing the look of the T20I side only made things difficult and really, making such wholesale changes in such a short period of time was inadvisable and has led to disappointing results.

There has been a lot of criticism about some of the selections especially as far as the fast-bowlers are concerned, but to be honest, I am not really surprised by the selection of our bowling attack for the Test series against Australia. The fact is that Mohammad Amir and Wahab Riaz are no longer available for selection and Hassan Ali is injured as well. So, we needed to move on, and Pakistan have gone in with two youngsters in the shape of Mohammad Musa and Naseem Shah who can bowl with good pace. If there are any concerns about these selections, then they are centred around the lack of experience, but I do not believe that will be a problem for Pakistan. In addition, Misbah-ul-Haq has always been a fan of Imran Khan snr and chose him for this tour and the fast bowler to his credit has justified the faith in him during the first practice game with an impressive five-wicket haul.

There is no doubt in my mind that Naseem Shah should be part of the Pakistan XI for the first Test of the series against Australia. Pakistan, depending on the balance of the side, will either choose to go in with 4 or 5 bowlers. We are likely to have Mohammad Abbas and Shaheen Shah Afridi leading the attack, supported by Yasir Shah. But, having 5 bowlers in the side could mean that we have a very long tail as there won’t be much batting after Mohammad Rizwan, especially as we do not have the services of an all-rounder such as Shadab Khan or Faheem Ashraf. So more than likely Pakistan will go with a 4-man bowling attack. That being the case, it is important that they choose a bowler who has good pace as taking 20 wickets will be the key. Now Imran Khan snr has the ability to swing the ball but if there is no swing on offer in Brisbane, then Pakistan will have a big problem and I do believe they will need to opt for pace in the shape of Naseem Shah. Pakistan cannot have two bowlers in the line-up such as Mohammad Abbas and Imran Khan snr bowling at a similar pace. What is needed is some sort of X-factor so a preferred pace attack in my view would consist of Mohammad Abbas, Shaheen Shah Afridi and Naseem Shah as the third pacer in the side.

Naseem Shah is an intelligent cricketer

I have spoken and worked closely on numerous occasions with Naseem Shah at the NCA, especially during the time he was recovering from his back injury and I am impressed by his skills. However, Mudassar Nazar needs to be given credit for the hard work he put in with Naseem and that effort will hopefully come to the fore in this series. In my conversations with Naseem, I found him to be an extremely intelligent cricketer and one who is always willing to learn. He is gifted with natural pace and has a good action and I do hope that he will stay fit for a long time, given that he had an injury before. For Naseem, where his foot lands at the point of delivery and his body alignment are problem areas which thankfully Mudassar Nazar has worked a lot to improve. However, he is very young, and we all know that younger fast-bowlers are more prone to injury as they do not have a good judgement about the limitations of their body but we hope he will remain injury free in the future. Regardless of this, there is no doubt in my mind that Naseem is very hard-working, and I have always seen him work very hard on his fitness which is an encouraging sign for a young bowler.

Mohammad Hasnain is a bowler with huge potential

To me Mohammad Hasnain is a bowler with huge potential. Whenever he has been asked to play, he has put in his best efforts and also performed well as we saw in the PSL and in the CPL. Unfortunately, he didn’t get a chance to play in the 2019 World Cup, but the fact remains that he will only get better if he is given opportunities to play for Pakistan. And the same applies to Shaheen Shah Afridi, Naseem Shah and to some extent Mohammad Musa who does have some experience of First-Class cricket. All of these cricketers need to be bowling and playing more cricket at either domestic level or in such tournaments such as the ACC Emerging Teams Asia Cup. The more they bowl, the more their skills will improve, and they will learn to get batsmen out. All these names I have mentioned are raw talents with not much experience of bowling long spells in First-Class games. Unfortunately, some who have watched Mohammad Hasnain and others want to see good results in one day which is not possible. I worked a lot with Hasnain especially throughout the World Cup where he was with the squad. Although he wasn’t playing in any games, we worked on the side-lines with him to sort out his run-up where he had issues with his strides which in turn allowed him to cut down bowling no-balls. Also, we worked on teaching him more variations and he did learn well as he is a smart cricketer. He has the talent, but he needs more opportunities to play and grow as a cricketer and fast-bowler.

It’s not an understatement to say that a Test series against Australia on their home turf is a tough one. The main concern for Pakistan is to have the ability to pick 20 wickets in a Test against Australia. If you look at our last tour of Australia, we had some good performances by our Test batsmen with Azhar Ali who had a double hundred and Asad Shafiq who almost won us a match with his hundred too. This time around, we again have Azhar Ali and Asad Shafiq and we have some good performing batsmen like Babar Azam and Shan Masood, so our batting is in good shape. If we can get the runs on the board, then getting wickets will be the only main concern but we can turn things around by playing positive cricket and not being tentative in our approach. We will need to attack their bowlers in the same way they attacked Yasir Shah on our last tour and didn’t allow him to settle. I believe this will be the same game-plan again by the hosts with the idea being to hit Yasir out of the attack and then blunting the fast-bowlers so that they get exhausted and become ineffective and allow runs to be scored with some big partnerships.

Great opportunity for our bowlers to learn from Waqar Younis

Waqar Younis has vast experience as a bowler and a coach and is perfectly capable of handling his bowlers and I am hoping that the young bowlers can make good use of his expertise. I may not be with the Pakistan side anymore, but I do hope and pray that with Waqar Bhai as bowling coach, Pakistan cricket reaches new heights.

I have always insisted that it’s been far too easy for fast-bowlers to take wickets in domestic cricket in Pakistan but all that has changed now. With the change in the make of ball and the nature of wickets, we are seeing spinners like Nauman Ali and Zafar Gohar as leading wicket-takers ahead of the fast-bowlers, and a huge number of runs being scored as well at the moment in the Quaid-e-Azam Trophy. I believe that this is the right way to go and in a couple of years we should see dividends from this approach where the batsmen will learn to bat longer and our bowlers will get better at bowling second and third spells, and then the spinners will also get a fair chance to get in the game.