"I don’t see any reason why Andy Flower cannot take on the role of Pakistan Head Coach in the future" : Azhar Mahmood

In his latest blog for PakPassion.net the bowling coach for Multan Sultans, Azhar Mahmood, writes about how an initially struggling side were able to turn things around to win PSL 6, the bright future that awaits Shahnawaz Dahani, why he feels Andy Flower would be an ideal coach for Pakistan, the value of impact players like Sohaib Maqsood and Asif Ali, Imran Tahir's importance to any team in the world and looks forward to his coaching assignment in The Hundred. 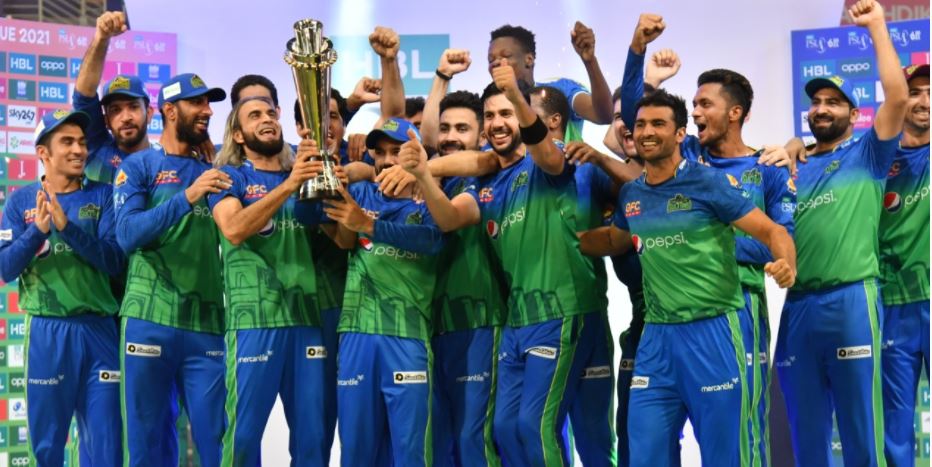 Great feeling to be crowned as champions of Pakistan Super League

It’s been a great feeling and a big achievement to be crowned Pakistan Super League champions, especially if you consider where we were at the start of the Abu Dhabi leg where we had won just one game until that point. Of course, the boys deserve credit for the role they played and how they executed the plans provided to them, but so does the team management of this wonderful team. The leadership of Mohammad Rizwan was brilliant and he lead from the front throughout the tournament, then we had the highest wicket-taker in the tournament in the shape of Shahnawaz Dahani and the brilliance of Sohaib Maqsood to admire as well. All the bowlers stepped up to the plate and the bowling unit towered over all others in this tournament.


A lot of people thought that Multan Sultans will be the first to be knocked out, but they were proved wrong

The break in the tournament, as unfortunate as it was, came at the right time for us. It allowed us a breather and a chance to examine our shortcomings and what improvements we needed to make to have a realistic chance to progress. We had seen what had happened in last year’s PSL where we were top before the break and then lost our way when the tournament resumed. I always believe that winning Twenty20 competitions is all about momentum. It depends on when you reach your peak and sometimes, if you peak too early then you lose steam when it matters at the end, and this is a trend we have seen in most Twenty20 leagues around the world. A lot of people thought that our time was up in the tournament, and we would be the first ones to drop out, but they were proved wrong. To be honest, our victory in the first game of the Abu Dhabi leg seemed to put a new resolve in our players and showed how just by concentrating on one game at a time, and not worrying about where you are in the table, any side can turn things around.

Of course, winning games with good margins really helped in pushing up our net run rate which in turn pushed us to towards the top of the table. And then we came up against a team like Islamabad United in the Play-Offs who were, at least on paper, superior to us in terms of player quality. But whilst we had a side which had just 7 batsmen and a tail which was more like that of a 90’s team, we were very fortunate to have the likes of Shan Masood and Mohammad Rizwan who set up the innings so well and provided the base for others to build upon. 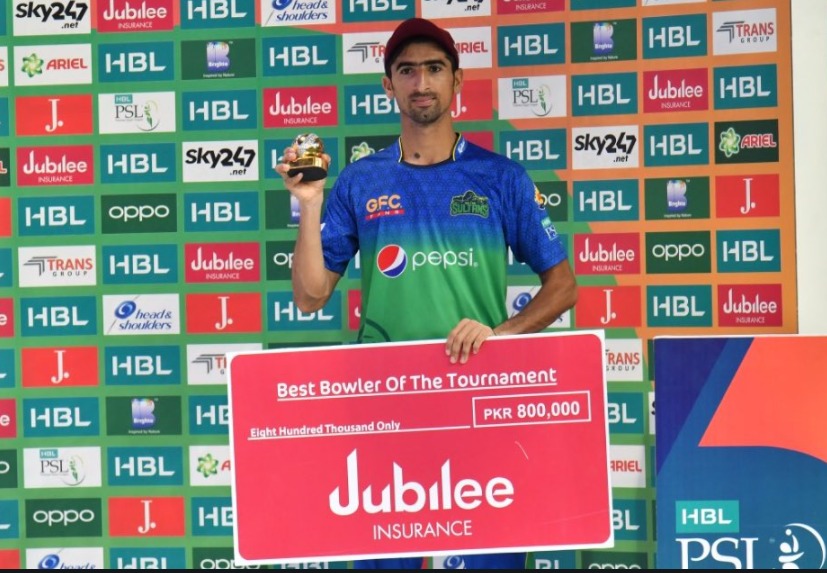 We may have found another Shoaib Akhtar in Shahnawaz Dahani

Shahnawaz Dahani obviously has a bright future ahead of him. For someone who has just played one full First-class season so far to come to his first PSL and end up as the highest wicket-taker is absolutely incredible and speaks volumes about Dahani’s skills. He is a good learner, has a lot of energy, is an entertainer and is the kind of player that everyone wants in their dressing room or on the field where not only does he enjoy his own game but can lift the spirits of the team with his positive attitude and body language. One cannot say now that he is a complete bowler as he has more to learn but I would say that he has all the abilities and skills which tell me that he will become a very good asset for Pakistan in the future. He definitely has the ability to bowl at good speeds but he will need to work on his line and length and learn to pitch the ball up for more success. One of the best qualities about Dahani’s bowling is that he can bowl inswing which is essential if you wish to take wickets. Outswing may be pleasant to the eye but remember it’s inswing which will get you more wickets as that gives the bowler many more ways of getting a batsman out. So Dahani has to work on variations in his bowling, but he is improving very quickly. If you compare his bowling in the first phase of the tournament, he was bowling short and getting wickets. In the second phase, he started to pitch the ball up a bit more and we also worked on his wrist position at point of delivery which really helped him out. And I am not kidding when I say we may have found another Shoaib Akhtar in Shahnawaz Dahani - in terms of bowling speed and his attitude.


There is no substitute for experience, and we were lucky to have Sohail Tanvir amongst our ranks

No one can doubt the utility of Sohail Tanvir for the team in terms of his skills, ability and experience. It’s no wonder that he is one of the most sought-after players in league cricket around the world. He may have seemed a little off-colour in the Karachi leg of the tournament but in Abu Dhabi, his fitness was much better and the way he bowled for us at crucial times was absolutely brilliant and of course who can forget that cameo of 26 runs off just 9 deliveries against Lahore Qalandars! Fact of the matter is that there is no substitute for experience, and we were lucky to have Tanvir and also Imran Khan amongst our ranks who despite not having that much experience of Twenty20 cricket bowled exceptionally for us. And how can one forget what Blessing Muzarabani did for us in his first Twenty20 League tournament! Teams had been scoring freely even after powerplays but what our bowling depth allowed us to do was to restrict scores against us even after the initial phase of the innings.

I have had the honour to work with Andy Flower during T10 and in two editions of PSL and I absolutely love the guy! He has great knowledge of the modern-day game and he is renowned the world over as a coach, but the most important aspect of his style of coaching is the way he pays attention to the views of others. No opinion which helps the team win is too big or small for him to consider and whilst he will rightfully take the final decision, he will always listen with great care to other members of his staff and the players before doing so. I don’t see any reason why he cannot take on the role of Pakistan Head Coach in the future. 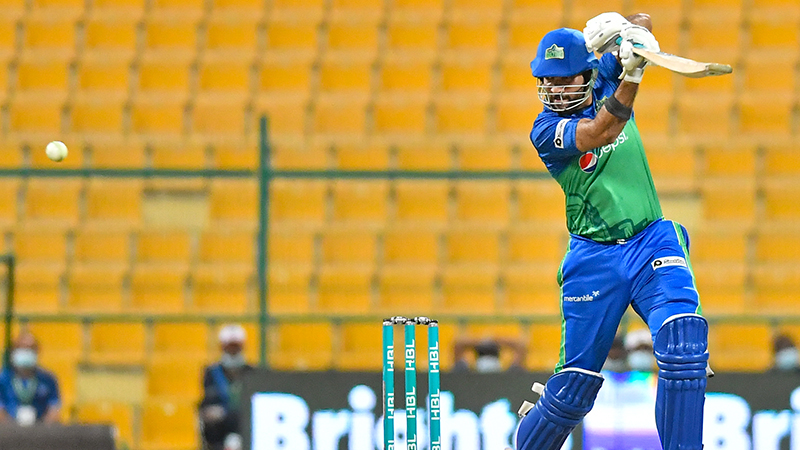 Sohaib Maqsood was a changed player in this PSL, and he has rightfully been rewarded with a place in the Pakistan white-ball squad for the tours of England and West Indies. He was given a lot of freedom to express himself when he played for Southern Punjab and that has paid dividends now. What a lot of somewhat emotional fans don’t understand when judging impact players like Sohaib Maqsood and Asif Ali or Khushdil Shah is the value such a player provides to the side. The expectation is that such a player will perform 8 times out of 10 in a tournament but in reality, the only thing that is expected from such players is to win you 2-3 games out of 10 by themselves. The remaining 10 players are supposed to help out with good results in the other 7-8 games and that should be enough to take the team to the top. Look at the case of Glen Maxwell in the IPL – he won’t win you every game but he does well in 2-3 games. We need to understand the role such players play when they are asked to bat at the number 5 or 6 positions where it’s not easy to bat. This is where good management comes into play as they are able to get the best out of such talented players at the right times.


Imran Khan never disappointed us when we needed him

Imran Khan was a solid up front with the new ball for us and an integral part of our success story in PSL 6. Pitches in Abu Dhabi were a little helpful for fast-bowlers but only the bowlers who could maintain good lines and lengths were the ones who did not go for that many runs. We put in place many plans for different batsmen, but all this planning is useful only when the bowlers have the control to execute them under pressure and in that sense both Imran and Tanvir were simply outstanding. With Imran, he never disappointed us when we needed him and for someone who had always been considered a red-ball bowler, he performed like a superstar in PSL 6. Even his pace was up during this tournament, and he was regularly hitting 137-138 Kph which is a big change to the time he was on tour with me for Pakistan when he was bowling close to the 127-130Kph mark. 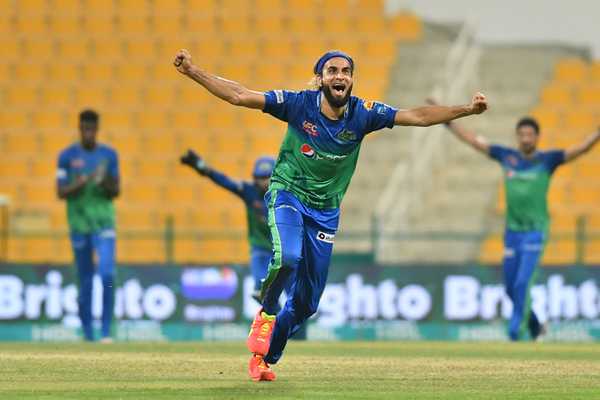 Imran Tahir’s attitude and energy level is one that I feel carries the team with him. Not only does he carry himself in the field as a senior but his fielding and catching has been superb. For me, his bowling skills are right up there and if I were to select any side, Imran Tahir would always be the first name on the list.


The secret codes used by Multan Sultans in PSL 6

The number codes we used in PSL were secret signals for the captain and bowlers as to what they can do on the field. Of course, this is not telling the captain what to do but instead it's advice for the skipper based upon our analysis using technology to say which bowler is the best match for which batsman and so on.


Looking forward to working with Tom Moody for The Oval Invincibles