"I feel that a great season lies ahead of us at Islamabad United" : Azhar Mahmood

In his latest blog for PakPassion.net, Azhar Mahmood writes about what he intends to achieve as the newly appointed Head Coach of Islamabad United, his views on the selection of the squad for PSL 7, the T10 format and how it presents a different challenge for batters and bowlers, the experience of working with Tom Moody at The Hundred, issues related to racism in cricket and praises Saqlain Mushtaq for his work with the Pakistan team. 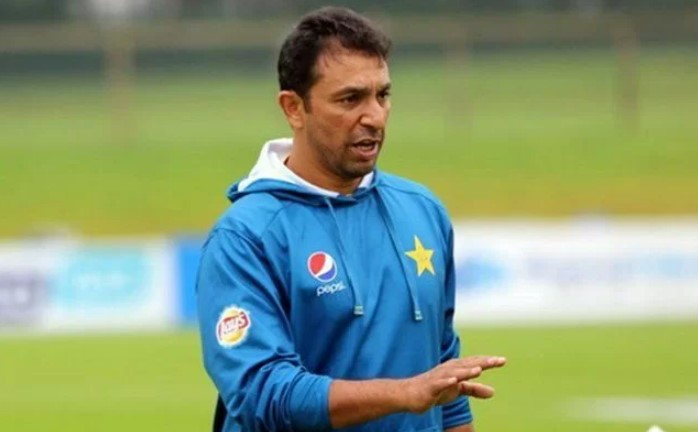 Honoured to be appointed as Head Coach of Islamabad United for PSL 7First of all, let me say that I am very honoured and pleased by the fact that Islamabad United have appointed me as their Head Coach. I have been coaching for a number of years with the highlight of my career being the Champions Trophy winning Bowling Coach for Pakistan. I felt that it was about time that I took the next logical step forward in my career and take on the role of a Head Coach which I am really looking forward to. I am of course indebted to Islamabad United for giving me this opportunity and hopefully we will do better than last time in this year’s tournament.

Will look to enhance the skills of power-hitters for the benefit of Islamabad and PakistanAt Islamabad United we are blessed with a list of players in our line-up who basically form the lower middle-order for Pakistan. So, players like Hassan Ali, Asif Ali and now Azam Khan – all of these players have great potential and a proven track record, but I would like to enhance their talents further in the area of power-hitting which will not only help Islamabad but will also serve the interests of Pakistan as well. For this reason, I will be looking for a well-qualified batting consultant who has a firm understanding of human body motion to help players develop their power-hitting skills. I have a few such experts in mind and would like to bring them with me to Islamabad.First goal will be to take us to the play-offs and then take it from thereI feel that having already worked with and having a great relationship with the likes of Hassan Ali, Asif Ali, Faheem Ashraf and Shadab Khan during my time with the Pakistan team, I will have a head start on how I wish them to progress under my guidance. I am also looking forward to working with Alex Hales and Paul Stirling and the newer players picked in the draft. With such background knowledge of the players that Islamabad have and given my experience, my first aim will be to get the side to the play-off stages and then take it from there. In a sense, I am really looking forward to renewing my relationship with Islamabad United for whom I also was a player in the first season of the PSL. But apart from the obvious goals of winning the tournament, I will pay special attention to making sure that we do the basics right because that is one part of our cricket that needs to remain constant whatever happens. 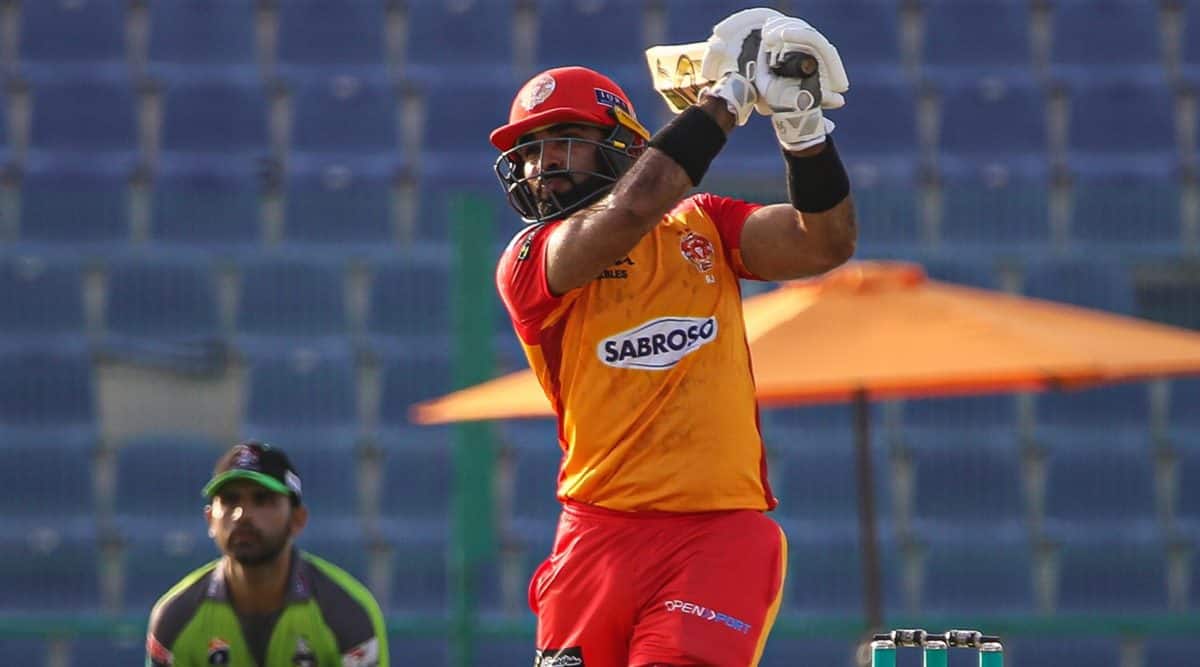 Islamabad United have a very balanced unit to compete in PSL 7All in all, I feel that a great season lies ahead of us at Islamabad United as in my view we have the right personnel for this challenge. The eight players we retained from the last PSL squad bring their own individual strengths to the line-up. But what really excites me is how we have fared in the Player Draft. We had a need for a good top-order batter, and we were able to pick Colin Munro. Similarly, we needed some pace in our bowling attack, and we found that in the shape of Marchant de Lange with whom I am looking forward to working with. As far as the death-bowling requirement is concerned, it was filled by our selection of Reece Topley. Of course, in a draft format you don't always get the players you wish for and the same happened here for us where a couple of players we had our eyes on were picked by other franchises.Overall, this is a very balanced unit. We have the likes of Asif Ali and Azam Khan who bring the destructive firepower that any side would crave for. And in terms of all-rounders, we have the very accomplished Mohammad Wasim Jr. followed by the experience of Shadab Khan, Faheem Ashraf and Hassan Ali. All these players provide depth to our batting line-up, and I feel that we have an excellent squad. All what needs to happen now is for us to plan our strategies carefully and for the players to execute those plans for the team.As always, all sides in the PSL are very strong on paper but what it comes down to is the execution of plans and for the sides to play better cricket than their opposition on that day if they are to win this tournament. As for Islamabad United, I feel we have all the resources we need to make this season a successful one and we will give it our best and leave the rest to the Almighty. I am really excited about PSL 7 and am looking forward to guiding the team to glory, God Willing. 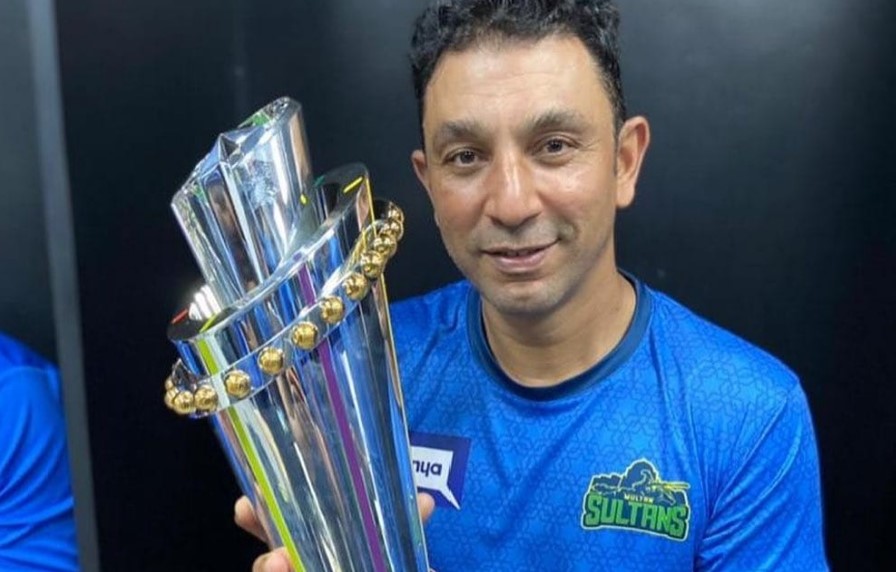 Leaving Multan Sultans was a tough decisionMake no mistake, leaving Multan Sultans was a tough decision for me especially as they were like a family to me and the atmosphere there was simply wonderful. My relationship with Andy Flower was also great and he was very supportive when I mentioned the fact that I wanted to leave and explore some other options in terms of my coaching career. At the end of the day, my decision was only based upon advancing my career and I will always remain grateful to the Multan Sultans management for their support. In fact, they did not object to my leaving as they could see that the move to Islamabad United as a Head Coach was a great opportunity for my future. I did get some offers before for Head Coach, but I didn’t have that much experience back then, but this time around, I felt that I was prepared and more experienced to take on a bigger role.T10 is a great format to watch from a spectators point of viewI recently had a wonderful time at the Abu Dhabi T10 where I was assisting Andy Flower in coaching duties for Delhi Bulls. Unfortunately, we were losing finalists in the previous year which was disappointing and this time around we couldn’t get past the final hurdle again as Wahab Riaz’s Deccan Gladiators played superbly to defeat us in the final. Coming to the format itself, I find that T10 is a very competitive style of cricket where the short number of overs means that you have to think quickly on your feet whether you are bowling or batting, as the game situation changes very fast. In T20 cricket you look for strike rates of close to 135-140 but in T10, this requirement hits the 180-200 mark which presents a big challenge for the batters to achieve. Similarly, whilst in T20 an economy rate of around 7 would be considered par for the course, in T10 that number can get up to the 10 mark. All in all, from a spectators point of view, T10 is a great game to watch and provides excellent opportunities for both batters and bowlers to enhance their skills in the shorter formats. 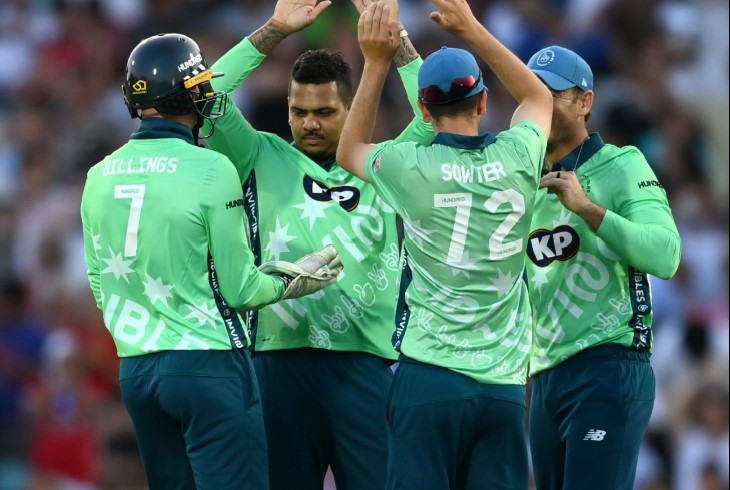 The experience of coaching in The Hundred under Tom Moody was incredibleI had a great opportunity to work with Tom Moody as a bowling coach for the Oval Invincibles at the Hundred tournament this year. The side was a mixture of players from Surrey and Kent so I already had a pretty good relationship with some of them for example Sam Billings was a player who had played alongside me during my time at Kent, and the likes of Sam and Tom Curran and Jason Roy were also well known to me which made my job easier in that environment. What was really interesting about the Hundred was the concept of the 10 ball over where a bowler can be changed after 5 balls have been bowled. This condition gives rise to some interesting tactical considerations where damage limitation is easier to achieve for the fielding side as the side has an option to replace the bowler after five balls.Dressing room banter must never cross those fine lines between fun and putting someone downThe issue of racism in cricket seems to be very topical at the moment, especially since the news of Azeem Rafique’s treatment has come to light. Let me say that I have, throughout my county career never experienced anything like what Azeem has spoken about. This could well be because I was from overseas but regardless, I feel that sometimes conversations between team-mates can easily cross that fine line between banter and putting someone down, which is unfortunate and is something that can easily be avoided. 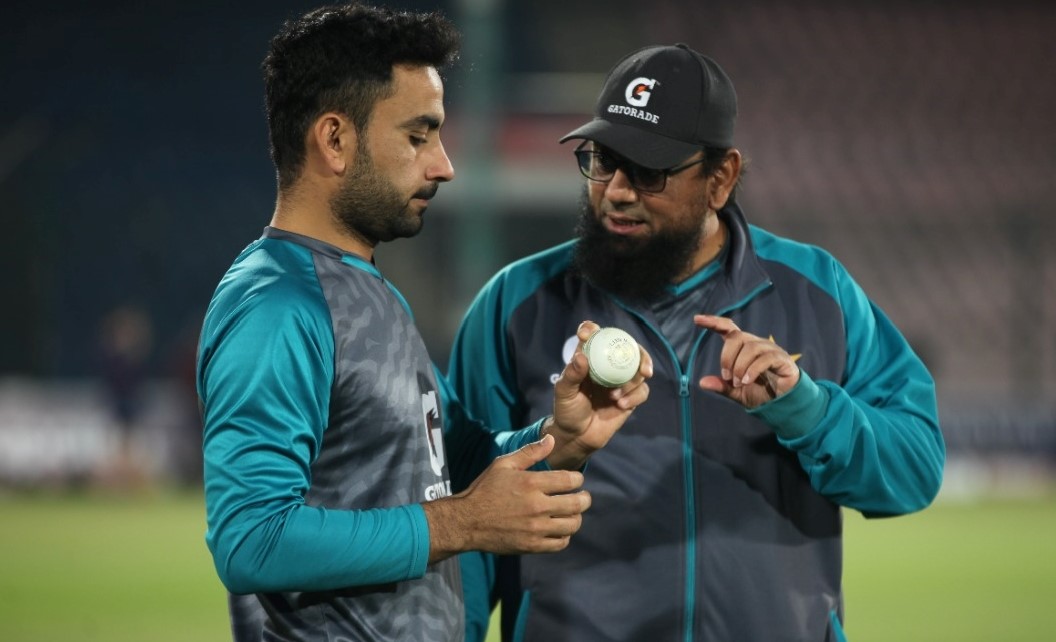 Credit to Saqlain Mushtaq for stepping up to take on the role of Interim Head Coach for PakistanThere is no doubt in my mind that Saqlain Mushtaq is one of the best cricket coaches today. We have all seen how well under his guidance, the Pakistan team has performed in the ICC T20 World Cup and then on tour in Bangladesh which to me is a great testament to Saqlain’s presence as Head Coach. A good example of how Saqlain ran the show was in how Babar Azam seemed to be making his own decisions which really was never the case before. This was also in line with how the PCB Chairman Ramiz Raja wanted Babar to act and, in that respect, if Saqlain can provide that freedom to Babar Azam then the results will always be good. To Saqlain’s huge credit, the way he took on the role of an interim Head Coach for Pakistan at such short notice was amazing but then that should not have been a surprise for us as he has been part of the dressing rooms for England, New Zealand and West Indies as well. He knows how to handle the players and to back them when they are not doing that well.