"West Indies have no realistic chance of getting to semi-finals of the World Cup" : Fazeer Mohammed

In his latest blog for PakPassion.net, Fazeer Mohammed writes about West Indies' poor performances in Tests during 2018, their chances in the 2019 World Cup and Caribbean players who will feature in the fourth edition of the Pakistan Super League. 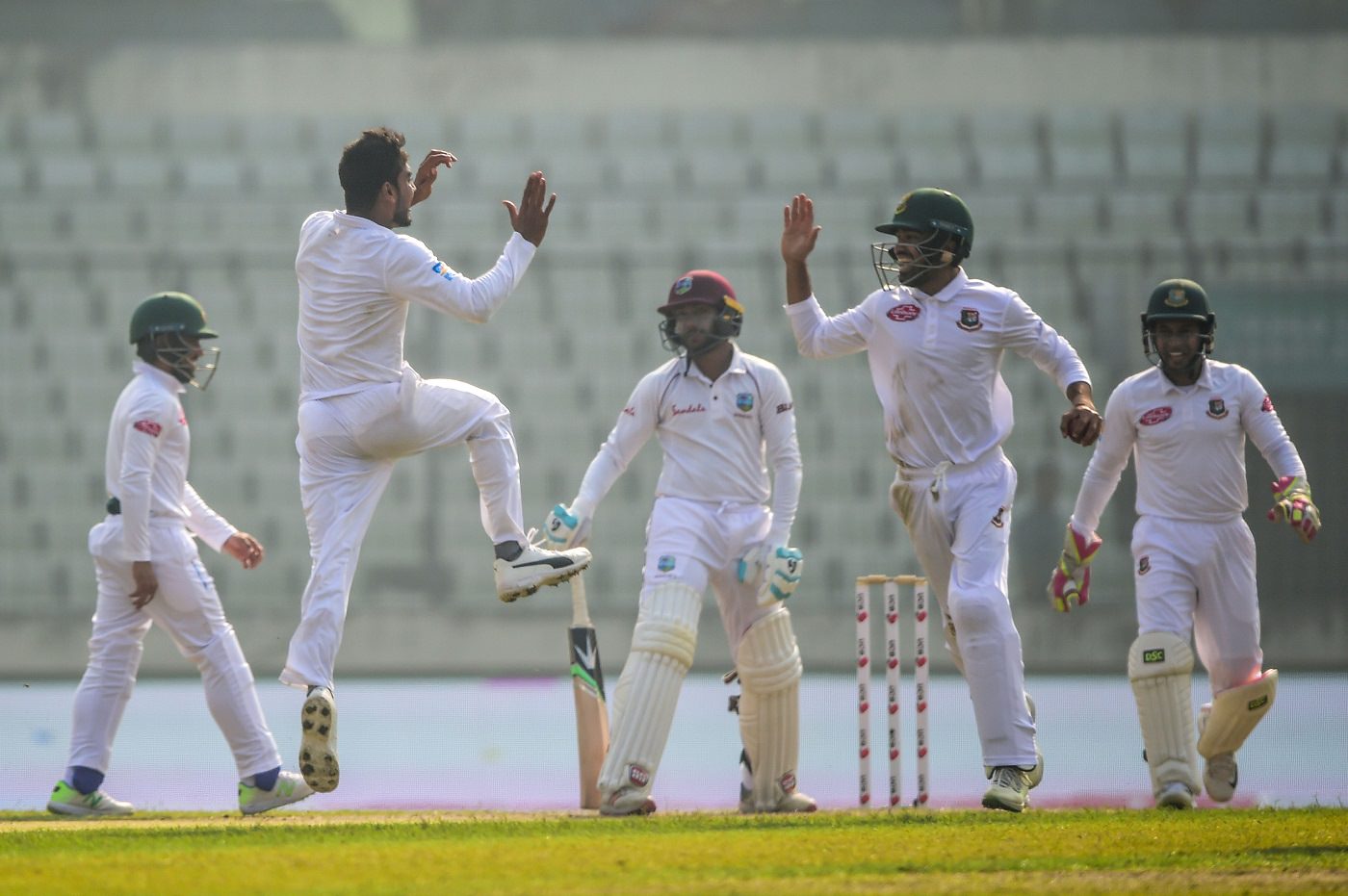 When I was first invited to contribute a blog to this website just over two years ago, it was in an environment of optimism. Cautious yes, given the notorious inconsistencies seemingly inherent in contemporary West Indies cricket, but still optimistic.

That sense of hope didn’t appear misplaced given that the Caribbean side had come close to victory in their first-ever day/night Test against Pakistan in Dubai, and although they surrendered the series in the following match in Abu Dhabi, they showed what was possible with their first Test match win over the Pakistanis outside the Caribbean for 26 years to close out the three-match series.

Opener and vice-captain Kraigg Brathwaite starred with the bat, unbeaten in both innings in an historic effort in Sharjah. Now he is at the helm in the absence of the injured Jason Holder with the West Indies having just achieved some unwanted milestones - losing Tests and a series for the first time in Bangladesh, losing both matches inside three days, losing the second Test in Mirpur by an innings (a first for Bangladesh in also enforcing the follow-on) and looking almost completely clueless on spin-friendly surfaces.

For Brathwaite, it has been particularly nightmarish with a poor run of form extending from the two Tests in India in October, which the West Indies also lost inside three days. It’s getting to the stage where experimenting with four-day Tests when the West Indies are involved is still a day too long.

How did this accelerated slide to near-oblivion in the traditional format of the game come to pass, especially as Pakistan fans will recall not only that 2016 series in the United Arab Emirates but the three Tests in the Caribbean last year where, but for last man Shannon Gabriel’s moment of madness off Yasir Shah’s final ball of the series in Dominica, honours would probably have been shared 1-1?

Then there was the sensational Test win over England at Headingley and a series success in Zimbabwe. Some unrepentant optimists were even daring then to suggest that the West Indies, if not fully turning the corner after two decades of struggle, were achieving a greater level of consistent competitiveness.

However, the tour of New Zealand at the end of last year and this campaign through India and Bangladesh have thrown all those expectations out the window, while also putting into context the reality of the West Indies' shared home series with Sri Lanka and annihilation of the Bangladeshis four months ago on green pitches as making the most of home advantage.

Next for the West Indies in Tests will be the visit of England early in 2019 by which time it is hoped Brathwaite, Shai Hope, Shimron Hetmyer and the rest of the batting will get themselves sorted out to give the home side’s bowlers something to work with. That bowling line-up could include Oshane Thomas, the 21-year-old Jamaican who impressed in the limited-over matches in India with his raw pace and hostility.

Indeed, it is an appetising prospect to consider a bowling attack spearheaded by Shannon Gabriel and Thomas with the experienced Kemar Roach and fit again captain Holder in support for the first Test against the English at Kensington Oval in Barbados. With less than two months to go before the first ball is bowled in the most famous of all Caribbean cricket venues, there is much work to be done given the soul-destroying experiences of the past two months.

Of course all is not lost because the West Indies can look forward to the World Cup in the next English summer, although the manner in which they scraped through the qualifying phase (Scotland will always rue a poor umpiring decision which proved critical in their decisive rain-affected match against Holder’s side) earlier this year in Zimbabwe suggests that, even if some sort of compromise was reached to make all the high-profile players available, the two-time former champions have no realistic chance of getting to the semi-finals of this premier competition.

Yet while they struggle desperately as a team, the cricket world continues to be entertained by the mercurial West Indian individuals who bring so much flair, substance and unbridled celebration to the already frenetic environment of Twenty20 franchise cricket.

Flamboyant all-rounder Dwayne Bravo, the showman of all cricketing showmen, lines up alongside fellow-Trinidadian Sunil Narine for the Quetta Gladiators in the 2019 edition of the Pakistan Super League. Darren Sammy, who twice led the West Indies to World T20 titles, is beloved by the supporters of Peshawar Zalmi for bringing them the title in 2017 and another place in the final earlier this year, and with Kieron Pollard in the same squad, fans in the north-west can expect to be richly entertained.

Then there is Carlos “Remember the Name!” Brathwaite with the Lahore Qalanders and brilliant young wicketkeeper-batsman Nicolas Pooran who has been acquired by the PSL’s sixth franchise.

For many in the West Indies though, it remains a continuing cause for concern that so many of the emerging talents in the region are moving to these lucrative opportunities rather than seeking to represent the region in Test cricket and the other international formats.

That has as much to do with the continuing intransigence and high-handedness of the cricket administration in the region as the presumed unwillingness of several marquee players to turn out for the West Indies and help, if they can, make the side with such a glorious and incomparable history at least worthy of the name once again.