"Selectors need to make it clear to Gayle that no player is bigger than the game" : Fazeer Mohammed

In his latest exclusive blog for PakPassion.net, Fazeer Mohammed writes about his disappointment with the West Indies ICC World Cup 2019 campaign, Chris Gayles future with the side and the changes needed for success in the future. 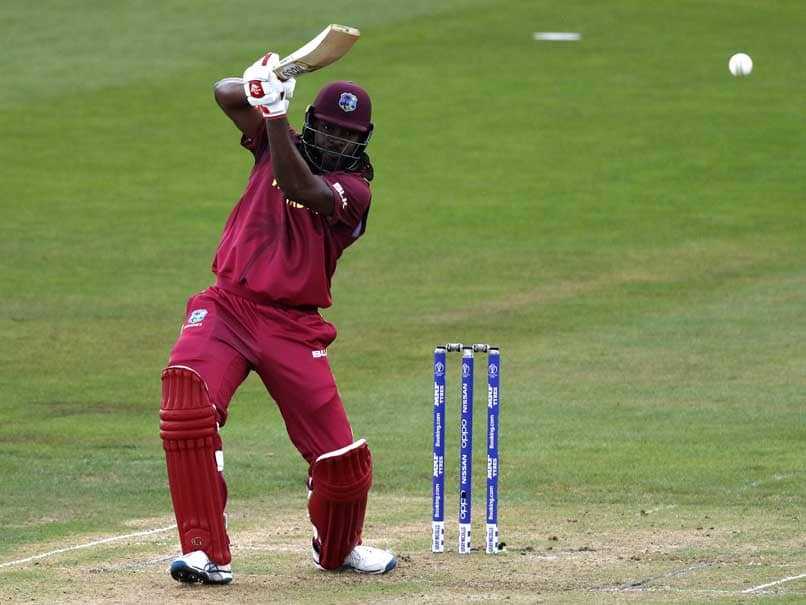 Where did it go wrong for the West Indies at the World Cup?

Ironically, the trigger for the slide was the demolition of Pakistan in the opening match in Nottingham. To put it simply, the bouncer barrage plan worked so well, in fact too well, to the extent that everyone associated with the team bought into the idea that the Caribbean side’s array of muscular fast men would rampage their way through the tournament.

Pakistan are always dangerous opponents, and they may actually look back on that annihilation at Trent Bridge as the one which ultimately cost them a place in the semi-finals, given the winning run of form they established from the moment they settled down and started picking the players who were talented and versatile enough for the varying conditions over the nearly six week of group action in England.

And that’s precisely where the West Indies eventually fell flat on their faces: lack of versatility and adaptability. They also had Australia on the ropes in their second match and should have won that one as well, except that the defending champions refused to bow down to the aggression from Jason Holder’s men, either with the ball or the bat.

From that point the whole campaign started to unravel. There was that bad stretch of weather which didn’t help as the West Indies might have expected to easily get the better of a South African team rocked by defeats in their first three games and the unnecessary distraction of news leaking out that A.B. de Villiers had advised the selectors of his availability the day before the Proteas announced their squad.

But from the next match, against England, the West Indies’ one-dimensional strategy was exposed with the home side romping to an eight-wicket victory with 15 overs to spare. True, the batsmen were also inconsistent, as reflected in the final numbers from all in the top order, however the manner in which Joe Root and company flayed the fast bowlers to all parts of the Hampshire Bowl sent a clear message that the two-time former champions needed to find another strategy if they wanted to remain a factor in the tournament.

Surprisingly, they failed to do so, consistently omitting their most experienced and economical fast bowler, Kemar Roach (the shortest of all the pacers), even as their flawed tactics were repeatedly exposed. There were subsequent defeats to New Zealand (despite Carlos
Brathwaite’s batting heroics), India and Sri Lanka (where Nicholas Pooran’s flailing blade just couldn’t bring the match home) but it was the loss to Bangladesh in Taunton which was the low point of this 2019 campaign.

Insisting on the short-ball tactics, Shakib al Hassan’s second hundred of the tournament and Liton Das’ excellent support saw Bangladesh race to what appeared a challenging target of 322 with more than eight overs to spare and seven wickets in hand. By the final few overs of that forgettable experience the West Indies looked totally lost with a half-fit Andre Russell (his selection was gamble which backfired) barely able to walk, Chris Gayle a virtually immobile spectator at various close-in positions in the field and the other bulky fast bowlers – Shannon Gabriel and Oshane Thomas – still banging in short balls only to be hooked and pulled repeatedly and mercilessly.

By the time they finished up at Headingley in holding off a determined Afghanistan team to win by 23 runs in defending 311, the issue was not so much about what could have been with better tactics but how do the West Indies learn from this immensely disappointing experience where they finished second-from-bottom in the ten-team standings?

First and foremost, the selectors need to make it crystal clear to Chris Gayle that, after 19 years of international representation and several outstanding individual performances, he cannot be part of their One-Day International plans going forward. Gayle’s apparent decision to rescind his previous announcement to retire from ODIs after the World Cup, and to even go to the extent of wanting to play a farewell Test in his native Jamaica, is ridiculous in the extreme.

No player is bigger than the game and if the selectors were to entertain those demands it would mean them essentially sacrificing any proper rebuilding program until the 39-year-old finally decides to call it a day on his West Indies career. Bottom line: it is not his choice to make and it is not in the best interest of the West Indies, as far as building towards the next World Cup in India in 2023, to continue to with him.

In fact, if you look at this 2019 World Cup team, there is a nucleus of young batting talent in the likes of Evin Lewis, Shai Hope, Shimron Hetmyer and Pooran to which the experienced Darren Bravo can be added along with a replacement for Gayle (someone like John Campbell for example) to have a solid, consistent batting line-up over the next four years.

Then there are young all-rounder and fast bowling talents in the shape of Keemo Paul, Rovman Powell and Alzarri Joseph who can be introduced sooner rather than later alongside Thomas, the youngest of the pacers from this World Cup team. He may be under pressure at this time but there appears to be no viable alternative to Holder as captain, especially as he is still only 27.

However, the same cannot be said for the coaching staff and it is believed to be only a matter of time before Floyd Reifer, who filled an interim role at the World Cup and will do so for the home series against India, is replaced by Phil Simmons, who is seen by many in the region as the obvious full-time choice as head coach now that his contract with Afghanistan has come to an end and, more importantly, Dave Cameron, the man who terminated his first stint as head coach, is no longer president of Cricket West Indies.

Interesting days are certainly ahead for West Indies cricket but if the administrators handle this disappointment properly it could lead to a much more competitive and flexible team by the time the next World Cup rolls around.