"Taking a knee or raising a fist can’t be that hard" : Fazeer Mohammed

In his latest blog for PakPassion.net, Fazeer Mohammed expresses his disappointment at Pakistani cricketers' lack of support for BLM during their tour of England and argues that the movement has a universal appeal, and should have had more support from cricketers of all nationalities. 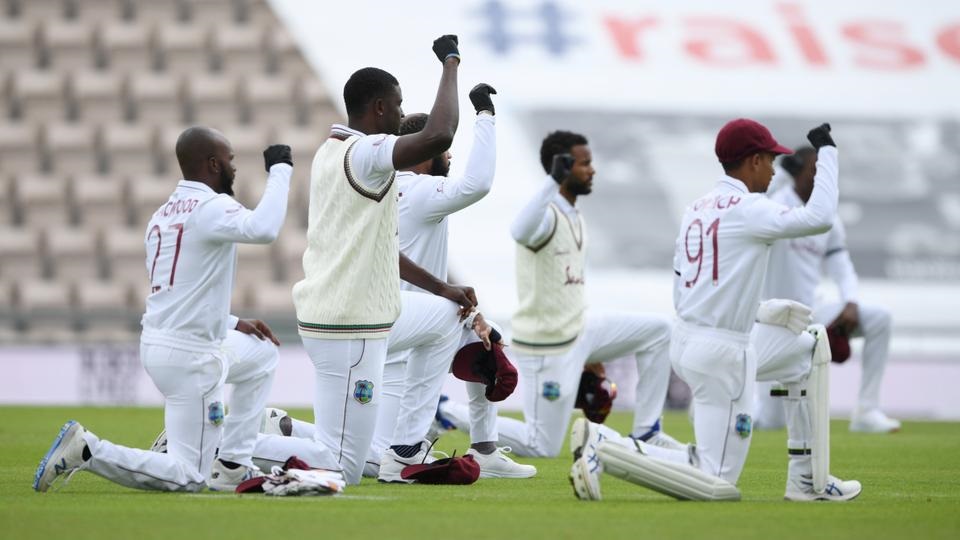 There were two particularly disappointing elements to Pakistan’s tour of England.

Firstly, it remains bewildering how Azhar Ali’s team let a considerable advantage slip and surrendered the first Test in Manchester. Many personalities in Pakistan cricket and indeed several on this very website, all with far greater experience and knowledge on the game than I, would have already offered their own informed perspectives on what transpired. So, there’s nothing for me to add there.

Secondly though, and much more significantly in the context of wider social issues, it is more than a little distressing to note that the Pakistan team chose not to engage in any sort of recognition of the “Black Lives Matter” (BLM) movement coming so closely on the heels of the West Indies three-Test campaign where both the visitors and hosts ensured that issues of prejudice and discrimination on the basis of skin colour were highlighted before each day’s play in the three Tests.

You may argue that BLM has nothing to do with the men in green. But it does, in the same way that it should be an issue for every single national team that takes the field under the banner of the International Cricket Council and even the many franchise T20 and T10 events which are played all over the world.

By discontinuing the practice of taking a knee along with the opposing players within days of Jason Holder’s squad leaving the United Kingdom, the impression was created that the England players were merely engaged in tokenism and that highlighting the injustices faced by persons of African descent, and by extension all persons of colour in most white-dominated parts of the world, only mattered when they were playing against a team of predominantly black players.

No-one can pretend to be unaware of the challenges faced by Asian communities in the UK.

Revelations by Pakistan-born Azeem Rafiq of his depression and contemplation of suicide while at Yorkshire have triggered an array of reactions by others who were victims of similar discrimination in England’s cricketing and social landscape, not just Yorkshire.

And it is important for us all to understand that while the BLM movement has been triggered by continuous police killings of black civilians in the United States, with the especially horrific experience of George Floyd in Minneapolis last May being the catalyst for unprecedented global outrage and protest action, the broader issue is the insults and other forms of humiliation which non-white people have had to endure.

Because persons of African descent have suffered most for centuries and remain at the lowest rung of the social scale, identifying with BLM means recognising that the systemic discrimination of black people, and by extension all persons of colour, including Pakistanis, Indians, Sri Lankans, Bangladeshis, Afghans, Nepalis, etc cannot be allowed to continue.

If BLM is only an issue to black people, then it means for everyone else it doesn’t matter. Given the racist and class-conscious foundations of cricket, it is imperative that all who play the game – black, brown, white and every shade in between – stand up and be counted in playing a part in ensuring that this poisonous system of historic injustice is gradually eliminated from our different societies.

As former West Indies fast bowler and forthright commentator Michael Holding stated in his impassioned advocacy on the morning of the first Test between England and the West Indies at Southampton, racism is something so steeped into the culture of the world that it will take years, decades, maybe even generations to see what can be described as a level playing field, not just in cricket, not just in sport, but in wider society.

But that gradual erosion of such ingrained mindsets can only begin if some form of recognition of racial injustice – whether it be taking a knee or raising a fist or some other noticeable activity – becomes standard practice at all sporting events, including cricket. Even if players do so unwillingly (which I will never be able to understand) it will be a gesture that makes a repeated statement to the extent that it becomes as normal as the national anthem or a team huddle before going onto the field of play.

I cannot believe that the majority of cricketers and people of Pakistan don’t care about racial prejudice. Sometimes we are so caught up with our own daily routines that we may see a movement in another part of the world triggered by injustices against people who don’t look like us as being none of our business. That’s the power of racism in creating that “us and them” mentality.

There is no place on earth where some group of people are not discriminated against for the colour of their skin. And if we really believe in equality and that persons should only be judged by the content of their character rather than who is more brown or beige than others, all cricketers everywhere should have no qualms identifying with BLM.

International sport offers a powerful platform to make such statements and it will be to the discredit of Pakistan’s cricketers and the game’s administration there if they fail to be part of the change which is so necessary to make the world a better place, not just for comparatively trivial games of bat and ball, but for the societies in which our families, our children and grandchildren will have to exist.

Taking a knee or raising a fist can’t be that hard.