"The West Indies have been and continue to be architects of their own demise" : Fazeer Mohammed

In his latest blog for PakPassion.net, Fazeer Mohammed writes about why the recent losses to Bangladesh should not come as a surprise given the declining standards of West Indies cricket, the positives from Pakistan's hard-fought win over South Africa in the 1st Test and the lessons other nations can learn from New Zealand's rise to become finalists in the inaugural edition of the World Test Championship. 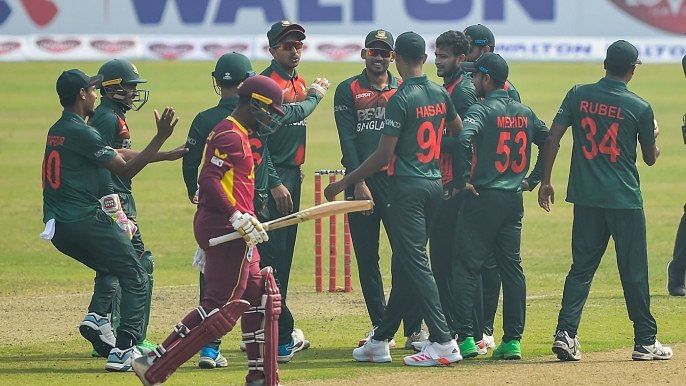 At the time of writing the West Indies are a day away from taking on Bangladesh in the first match of a two-Test series. So, there is every possibility, assuming you are even interested in what is really a comparatively low-key contest, that the match is starting to take shape in Chattogram even as you are reading this.

And there’s no getting away from the reality that the Caribbean side, who offered very little resistance in being brushed aside in the preceding three One-Day Internationals, are the underdogs here, more so because they are without several Test regulars including captain Jason Holder and their most experienced batsman, Darren Bravo.

But the Bangladeshis would have been favourites even if the dozen players who opted out because of concerns over COVID-19 had made the trip. No disrespect to the hosts, who continue to improve in their competitiveness across all formats, however this is the level that West Indies cricket has been for some time, and notwithstanding the occasional outstanding performance or concerted effort, this is where they are likely to remain for the foreseeable future unless some radical transformation takes place in the game back at home.

Anyone remotely familiar with the declining standards of the former undisputed kings of the game would have been aware of the crippling reality that the domestic game, which involves competition between the six main territories, is at an all-time low. This is why no one really gave the team a chance of competing against Bangladesh in the ODIs, and given that the full-strength team lost a corresponding series 2-0 just over two years ago, very little is expected in the Test format, even with fast bowlers of the calibre of Kemar Roach, Shannon Gabriel and Alzarri Joseph in the squad.

I am sure you would have heard the saying many times over about a chain only being as strong as the weakest link. In West Indies cricket though, there are so many weak links in the domestic game that even with the best will in the world, even with a letter of encouragement from legendary former captain Sir Clive Lloyd, it was never expected that the players wearing the distinctive burgundy cap in the limited-over matches would have been able to rise significantly above their own mediocre numbers.

Sure, one or two would have benefited from the chastening experience and it is quite possible that even if they are also swept in the Test series, a couple of relatively new faces can also make a name for themselves. Yet decades of evidence have shown that hardly any of such players ascend to the level of consistent excellence as the numbers are there for all to see.

So even if you yearn to see a Pakistan versus West Indies series in the manner of their titanic battles of the 1980’s, when three consecutive series between the two best teams in the world finished 1-1, don’t expect a revival anytime soon, certainly not from the Caribbean side.

While we West Indians remain glum, Pakistanis are rejoicing at Test cricket returning to Karachi and the home side marking the occasion with a hard-fought victory over South Africa. Even in the defeats in New Zealand there were moments, most notably in the stirring rear-guard on the last day of the first Test, when it looked as if the tourists would have won the day.

It is no secret that many from the Caribbean who have an admiration for Pakistan cricket over the decades see them as kindred spirits from the sub-continent: players with abundant talent who are occasionally prone to self-destruction. There is ample evidence, not merely because of the success of 34-year-old debutant Nauman Ali in the first Test or the similarly late flowering of Fawad Alam (how could he have been ignored for so long by the selectors?) that there is quality in abundance in the country’s domestic game. Yet the challenge is a familiar one: harnessing that talent in a harmonious, productive environment where players feel they belong and are sufficiently liberated to express themselves on the game’s toughest stage.

For the West Indies in contrast, almost every series or every tour seems to end with a reference of going back to the drawing board, only to commit some of the same mistakes all over again the next time around. Look, for all their travails and the challenges of having to spend more than a decade as cricketing nomads, Pakistan were at the top of the Test rankings just over four years ago. West Indies, who set a world record in team sport in playing for 15 years unbeaten in Test series from 1980 to 1995, have not been anywhere close to the top for more than 20 years.

There is no point blaming others for West Indies cricket’s failings, even if there is still a relevant argument about the level of control the big three exert on the structure of the game. New Zealand’s rise to the top of the rankings in the past few weeks and their qualification for the final of the World Test Championship is ample evidence that even the smallest of nations can conquer the world by making the most of their limited resources.

This doesn’t mean that I am giving up on the argument about the level of control India, England and Australia have on the game. Just the number of Tests they have played over the past two decades compared to the other nations reinforces the imbalance.

However, I must acknowledge that the West Indies have been and continue to be architects of their own demise due to a chronic failure to provide the sort of administrative leadership which demands excellence from all concerned, whether on the field or off it.

We can only hope for better.