"Having Chris Gayle, Andre Russell, Dwayne Bravo and captain Kieron Pollard is no guarantee of success for the West Indies" : Fazeer Mohammed

In his exclusive preview of the upcoming 4-match T20I series between West Indies and Pakistan, Fazeer Mohammed writes about how the visitors are likely to come across a tough home side and why Pakistan’s spinners could hold the key in some closely contested battles. 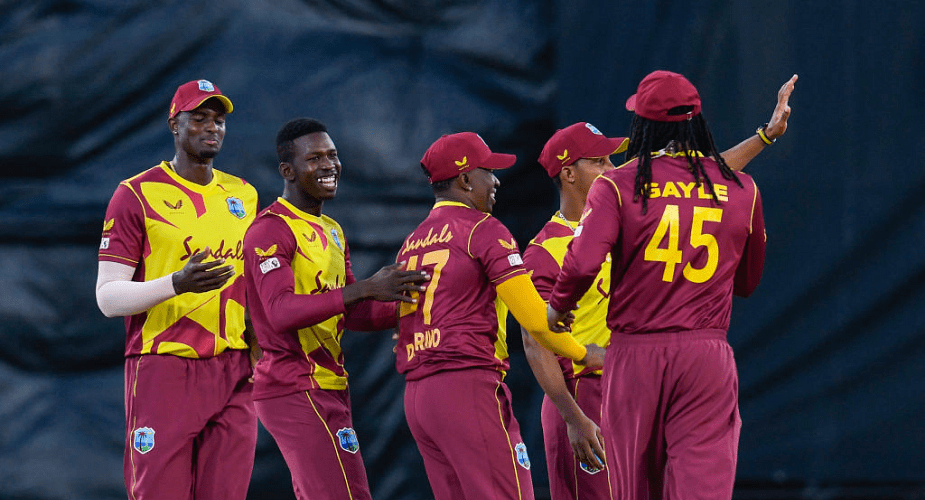 If you were to be guided solely by the head-to-head track record of the two teams, then Pakistan should easily take the four-match T20 International series against the West Indies to be played in Barbados and Guyana over the next few days.

Since being well beaten by 84 runs in Dhaka at the 2014 ICC T20 World Cup, the Pakistanis have gotten the better of the reigning world champions in nine of the subsequent ten meetings. That run comprises a 3-0 sweep in the United Arab Emirates in 2016, a 3-1 triumph in the Caribbean seven months later and a 3-0 demolition of under-strength visitors just as official international cricket was starting to return to Pakistan in April, 2018.

But a lot has happened in the three years since there last meeting, and while it is quite possible that Babar Azam’s side, having just come out of a very competitive series in England, will maintain their impressive run against the upcoming opponents, they would certainly have noticed the transformation – on and off the field – which suggests that the West Indies are a very different outfit from the one which has looked so hapless and almost hopeless in those previous meetings.

While the team which last faced Pakistan in Karachi missed a host of key players, the West Indies can now truly be said to be at full strength, with all of their top franchise players who were previously alienated in the midst of constant disputes with the previous Cricket West Indies administration now in the line-up and all apparently keen to make a strong defence of the title when the ICC T20 World Cup comes around in the UAE in less than three months’ time.

However, having Chris Gayle, Andre Russell, Dwayne Bravo and captain Kieron Pollard, together with a host of other headline names (the notable exception being spinner Sunil Narine, who is still apparently unhappy with his bowling action) is no guarantee of success.

West Indies struggled consistently to chase modest totals in a series with South Africa and were found wanting against the spin of top-ranked Tabraiz Shamsi and to a lesser extent, George Linde, losing the series in Grenada in June 3-2. That experience raised a number of questions about all these celebrated power-hitters being able to cope with quality guile and deception, especially on pitches offering a bit of assistance to spin.

Based on the surfaces prepared for the One-Day International series against Australia, Kensington Oval, where the first T20I is scheduled, looks very favourable to the slow bowlers and while Providence in Guyana, where the series will be completed, is generally known to be a batsman’s paradise, quality spin is again expected to be a factor.

West Indies rebounded from that series loss to South Africa to breeze past Australia 4-1 in St Lucia. Yet as convincing as that appeared on the surface, it must be factored into any assessment of the results that the Aussies were without a host of their Twenty20 regulars – David Warner, Steve Smith, Glenn Maxwell and Pat Cummins come immediately to mind – and would obviously be expected to be far more competitive when at full strength, as they should be when the ICC T20 World Cup rolls around.

One of most consistent criticisms of this West Indies T20I squad, and indeed previous Caribbean teams across both major limited-over formats, is that they are too reliant on boundary-hitting and soak up far too many scoreless deliveries in an innings for them to be consistently competitive when the big events come around. That was apparent against both the South Africans and Australians, yet even as Pollard has publicly complained about that obsession with six-hitting, there appears at this time to be no real evidence of a change to that one-dimensional tactic.

This is something Pakistan will no doubt want to exploit, especially if the surfaces are helpful enough and the likes of Shadab Khan, Imad Wasim, Usman Qadir and even the evergreen Mohammad Hafeez are confident enough to challenge the vaunted West Indies power-hitters in the manner of Shamsi and Linde just a few weeks ago.

Notwithstanding the quality of batsmanship on both teams, it would be surprising if this is a high-scoring series given that many key players are not yet up to optimum level given all the challenges posed by COVID-19. There is of course the added consideration that the pitches may not be all that conducive to free-scoring stroke-play while the fact that this series is being played in what is traditionally one of the rainiest months of the year in the southern Caribbean, creates the additional hazard of reduced matches and the complexities of the DLS method coming into play.

Yet with the ICC T20 World Cup so close and so many talented fringe players especially keen to book their places on the respective squads for that showpiece event of the year, a keenly contested series can be anticipated.

Prediction? Well, that is essentially a guessing game at the best of times and even more so when the focus is on two supremely talented and mercurial teams. For what it’s worth, I’ll go with a 2-2 scoreline.

It won’t be long now for you to see how wrong I was!