"Little PCB can do to alter this unfair state of play without backing of other ICC full members": Fazeer Mohammed

In his latest hard-hitting blog for PakPassion.net, Fazeer Mohammed explains why Pakistan, despite their protestations due to cancellations of tours by New Zealand and England, will find no sympathy for their cause amongst the cricketing world and even dominating world cricket will not bring any relief due to the climate of fear and prejudice which exists at the moment. 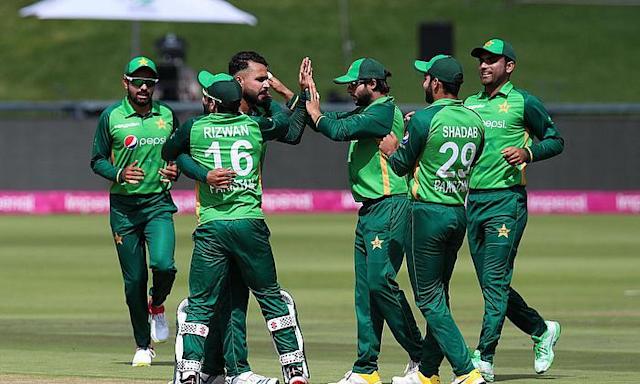 So after the outrage, what?

There has been ample time since New Zealand’s abrupt abandonment and England’s cynical cancellation of their respective tours for enough details to emerge and therefore make very clear what has happened here.

So let us not waste time and space beating around the bush. New Zealand didn’t trust their Pakistani counterparts enough to make them aware of the specifics of the presumed security threat while the English were just latching onto an excuse to duck out of a commitment they would prefer not to fulfil.

Seeking redress from the International Cricket Council is merely procedural because the ICC is not a governing body in the real sense of the word but a tent under which the beggars of the global game come seeking favours from the rich and powerful.

All these references to a “Western bloc” running the game primarily in their own interests essentially confirm what we know already. Weeping and wailing about this being a slap in the face for Pakistan cricket, and railing about defending the honour and dignity of the nation make for eye-catching headlines, readable stories and stir the emotions.

But what next? Can anything be done by the Pakistan Cricket Board, either on their own or with the collaboration of others to change the prevailing dynamic and result in a more level playing field for all? Even if an attempt were to be made at radically altering the current state of play, dominated as it is by the triumvirate of India, England and Australia, it will not happen without serious consequences.

New Pakistan Cricket Board chairman Ramiz Raja has talked about growing and reinforcing the game within the country’s borders so that the sheer strength of the national team on the international stage will mandate others to want to come and challenge Pakistan in their own backyard.

Just five years ago though Pakistan, if only briefly, were at the top of the Test rankings and were still playing almost all of their international cricket in the United Arab Emirates. So even if Babar Azam’s team were to travel almost everywhere, as they have been doing anyway in these pandemic times, and dominate everyone, there is nothing to suggest that in itself will be enough of an incentive for reluctant teams to want to tour Pakistan.

At the end of the day this dilemma comes down to two things: fear and prejudice.

Concerns about life and limb are inevitable when something like the attack on the Sri Lankan team in Lahore in 2009 is still very much part of the cricketing memory. And now that the Taliban are back in control across the border in Afghanistan there would appear to be reason for additional hesitancy by those looking on from the outside.

Drawing reference to terrorist attacks in London and elsewhere in the United Kingdom which didn’t even elicit a murmur of discontent from cricketing visitors at the time highlight the double-standards and hypocrisy and play, but ultimately do very little to change attitudes because nations outside of Asia, that “Western bloc” if you prefer, have historically been reluctant to tour Pakistan, and even when they do, they routinely travel with a readymade list of complaints relating to issues which have more to do with lifestyle than cricket.

But back to the real issue at hand. What can the PCB do to alter an obviously unfair state of play?

Well, unless they can get the backing of other ICC full members, the answer is nothing.

Standing on principle is a commendable ideal. However in the real horse-trading world of international cricket, where the weaker nations go behind each other’s backs to make better deals with the power-brokers, even with a Future Tours Programme in place, it is optimistic in the extreme to think of any sort of united front, any sort of solidarity to break the existing mould which benefits a few and only offers crumbs to the rest.

It would be nice to think of the West Indies, not just the administration but the top players, showing solidarity with Pakistan by touring as scheduled in December following the ICC Men's T20 World Cup. Yet the reality is that if the financial incentive isn’t encouraging enough some prominent or not-so-prominent names will opt out citing “security concerns” or “personal reasons.”

That was the case in April of 2018 when a severely-weakened squad was thrashed in the three T20 Internationals in Karachi. And as an additional guide as to what can be expected as far as players’ attitudes, a handful of key players including then captain Jason Holder opted out of the tour of Bangladesh earlier this year because of COVID-19 concerns even though there was nothing to suggest they would be at any greater risk compared to playing in any other part of the world.

So Pakistan cricket faces a huge challenge, one in which, sadly, they can expect very little real support from others under the ICC tent. Unless they can find the money to trump fear and prejudice or, miracle of miracles, those outside the “Big Three” can rally to challenge the status quo, the long-suffering fans starved of seeing their heroes take on the very best international teams at their own home venues will just have to endure the suffering for a while longer.

It would be nice though to think of an elite cricketing world where something resembling justice and fairness can prevail.