"The IPL is really too long to stay hooked onto it" : Fazeer Mohammed

In his latest blog for PakPassion.net, Fazeer writes about his expectations from the newly appointed West Indies white-ball captain Nicholas Pooran, questions the commitment of players like Evin Lewis who is not included in the squad to tour Pakistan due to a lack of fitness and explains why the duration of the current edition of the Indian Premier League is too long for his liking. 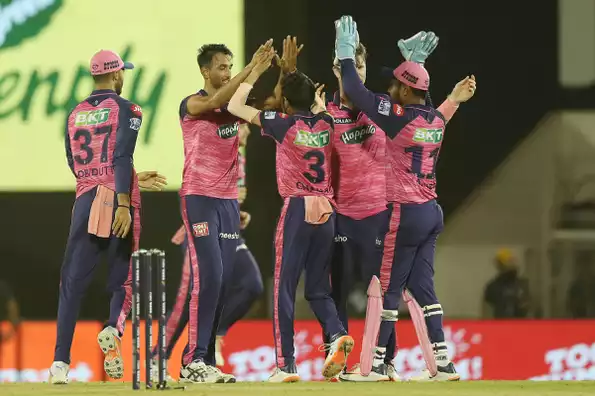 Whenever there is a change of captain, much time is spent analysing and theorising on the new leader’s potential impact on the team’s performances.

This is no different now in the West Indies environment, even if the elevation of Nicholas Pooran to the helm of the T20 International squad was seen as an inevitability given that he deputised more than once for Kieron Pollard over the past 18 months.

What has been the talking point though is whether or not the additional responsibility of leadership in the One-Day International format, in which he also succeeds Pollard, will prove too burdensome in a side continuing to struggle in the white ball format and which seems destined to once again have to go through the qualifying competition for the 2023 World Cup.

One thing can be said about the flamboyant left-hander though in this regard. He is never lacking in confidence, and even if he feels especially challenged by having to lift the team for the upcoming assignments - especially the three ODIs against Pakistan in Rawalpindi in June - it will be very surprising if he ever admits to being daunted by the prospect.

It remains to be seen though if he can galvanise the players around him to give of their best all the time for the West Indies because that has been the major challenge since the advent of T20’s and the franchise format as it was inevitable that all the top players would have been drawn to those franchise events given the greater financial rewards which could never be matched by Cricket West Indies.

Maybe a few West Indies fans expect a miraculous transformation. Most however just want to see a level of commitment to the regional team which hasn’t always been evident over the past 15 years.

Obviously, the confrontational attitude of some CWI administrators, especially former president Dave Cameron, made a difficult situation many times worse. But even now, a more cordial environment between the players and the Ricky Skerritt-led administration has not translated into a significant turnaround in the team’s fortunes in the white ball formats.

So, Pooran has his work cut out and following the three-match series against The Netherlands in Amstelveen, Pakistan fans will be among the first to judge first-hand his readiness for what is expected to be an onerous task.

It is a task made all the more taxing by the absence of at least three players for different reasons. While it is understandable that former captain and key all-format player Jason Holder’s workload be managed carefully, and that Shimron Hetmyer would like to be back home in Guyana for the birth of his first child, it is difficult to accept that Evin Lewis has failed yet another fitness test.

For the opening batsman to not meet even the minimum standards while involved in the Indian Premier League (IPL) again raises questions about his level of commitment to the West Indies team.

Former captain and now Director of Cricket at CWI, Jimmy Adams, has spoken of feeling “let down” by players who fall short of the fitness requirements and within that comment is an unspoken inference about prioritising playing for the West Indies above all else.

It is often bandied about quite regularly in the West Indies cricket environment that players who attract huge sums on the franchise circuit, and who have previously been badly treated by CWI, really owe nothing to the Caribbean game because they can live prosperously without ever playing for the regional side again.

Yet that short-sighted vision conveniently overlooks the reality where every single player who has ever advanced to any level of international or franchise representation from the West Indies has done so with the assistance of the local coaching and club structures in the various territories, to say nothing of the host of individuals at all levels who would have played different roles in helping those budding talents in getting the opportunities to display their flowering gifts to wider audiences.

So, players, however great they may have become, still do have an obligation to West Indies cricket for it has been both the nursery and the springboard for the success they now enjoy.

I mentioned that Lewis is playing in the IPL. I didn’t mention which franchise he plays for because I don’t know, and really don’t care to know. I haven’t watched a single game of the IPL this season for a number of reasons which have more to do with other personal priorities rather than a distaste for T20 cricket and the Indian Premier League in particular.

If it were the Pakistan Super League my position would be the same as, for better or worse, I am one of the dinosaurs who prefer to watch Test cricket. I am not saying it is better than T20s or ODIs. I just grew up in an era when Test cricket was everything and I appreciate it much more than the other formats.

That said, the IPL is really too long to stay hooked onto it, especially if you have other things to do on a daily basis. With two franchises added in 2022 and a season spanning two months, it really requires the extremely dedicated fan to stay focussed on the action for such a long period of time.

Obviously, the viewing numbers, the level of sponsorship and the value of the television rights justify a tournament of such magnitude.

For an individual with other things to do besides just watching cricket though, it’s just too long.