"Misbah has failed to take the Pakistan team to the next level" : Aamir Sohail

Writing in his latest blog for PakPassion.net, Aamir Sohail analyses the causes of Pakistan's disappointing performance in the recently concluded Test series against Australia and also discusses the futures of Younis Khan and Misbah-ul-Haq. 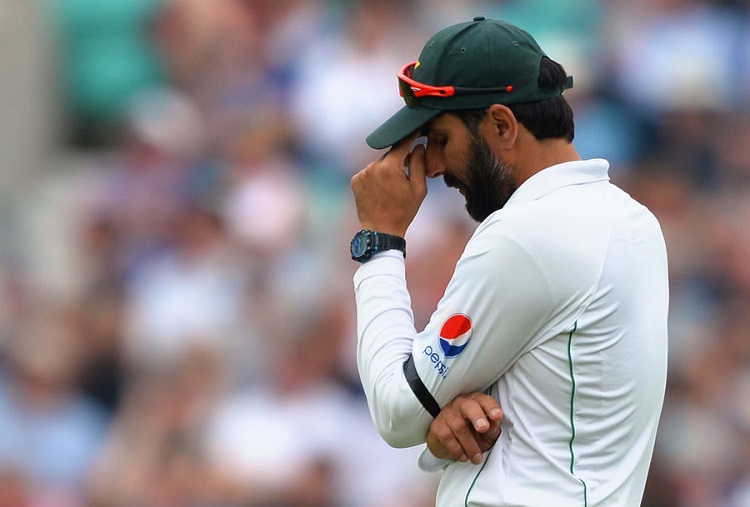 Flawed preparation for the Australia series

The manner and margin of defeat in Test matches in Australia was very painful and I do not feel that Pakistan had any viable plan for success in this series. If they did have such a plan it was so far-fetched that its execution was not practically possible. It is obvious to all that the reason for Pakistan’s failure in Australia is due to their bowling. We knew for a fact that our batsmen would struggle on bouncy tracks so the onus was on our bowlers to deliver those performances which would alleviate the pressure on our batting. They failed in spectacular fashion but then, this is not the first time that our bowlers have failed in Australia.

I am not sure what is so difficult or why despite planning and ample coaching they are unable to produce the kind of performances which would make life easier for the batsmen. Looking back at history, there have only been three Pakistan bowlers who have had ten wicket hauls down-under. Apart from Imran Khan in Sydney, Sarfraz Nawaz and Wasim Akram in Melbourne and other than those fantastic performances which lead to famous victories, most of our bowlers including some legendary names have all struggled to make a difference in Australia. What it boils down to is lack of preparation and also lack of technique which has let us down in the past and continues to destroy our chances in Australia today.


The wrong combination of bowlers and Yasir Shah’s failure

Whilst it is difficult to put a finger on the exact causes of our bowling failure, I believe we did not have the right mixture of fast-bowlers. There is no magical formula for a good bowling combination but in general you need new ball bowlers who can swing the ball in the initial phases. Then when the ball is a little older, the captain should be able to call upon a bowler with some serious pace. Simple as it sounds, Misbah-ul-Haq did not have that luxury. And to compound Pakistan's problems, we have the mystery of Yasir Shah’s inability to perform when needed. But then, when he picked up ten wickets at Lord’s in the summer of 2016, I recall saying that yes, he has done well but he still needs to work on becoming a good bowler. He must work on his action and the biggest issue that I see with him is that he does not finish his action which is key for a leg-spinner to turn the ball away from a right-handed batsman. With this issue, later in Australia, Yasir was unable to turn the ball with the result that against batsmen who use their feet well, he was found out too easily.

If there is a need for a motivator, anyone with some experience at the Test level can step up and help Yasir Shah. But we had Mushtaq Ahmed helping Yasir Shah in the technical aspects for a while and that to me is the disappointing bit. Why is it that after such a long partnership with an experienced leg spin bowler, Yasir Shah is still struggling to turn the ball? Mushtaq should have worked with Yasir on the art of leg spin and we should have been reaping the rewards of that hard work in this series but that did not happen. In fact, Mushtaq was the coach for England as well but where are the list of quality spinners from England? My view is simple; Mushtaq or for that matter, any cricketer who wants to become a coach, should actually spend some time picking up the right qualifications for this job. They need to learn about techniques and bio-mechanics so that they can guide anyone to overcome their deficiencies. Sadly, Mushtaq lacks that knowledge and Yasir’s failure to spin is an example of the failure of that deficiency.

A lot was expected from Amir in this series and to be fair to him, a lot of chances were created and not taken by the fielders which must have been disappointing. But if we are being honest then we should also admit that he had faults also. The final part of his action is not perfect and he is falling over to his left-side at the point of delivery. Regardless, the main issue is that he has not been able to swing to the ball and due to that reason, I feel his shortcomings were exposed in the Test series against Australia. What he needs to do now is to work very hard on these shortcomings. Like most fast-bowlers, he must work out and plan each of his six balls in the over. Beyond that, he needs to pay attention to “spell management” whereby he needs to plan his four or six over spell in detail. It’s not only Amir but all our fast-bowlers are unable to set-up a batsman which is key at this level of the game. Remember that as a fast-bowler, you don’t need to put in extraordinary effort in every ball you bowl. What our bowlers need to do is to learn to surprise the batsman and do that on a consistent basis if they are to succeed at this level.


The issues with our batting

There is a common fault in our batsmen and I am surprised that it’s not been picked up before. The problem is that they crouch too low in their stance and make things worse for themselves by shuffling their feet as well. From that point onwards, on a bouncy wicket you must literally jump to play your shots which puts you at a disadvantage. They simply don’t know how or why they do it. It appears to me to be a copy/paste issue where you watch another batsman do it and try and copy that but don’t know how to properly employ that technique. I really don’t know how or why this problem exists but it appears that our batsmen simply don’t know their own limitations which is a problem.


Younis Khan needs to stay on

Pakistan have a great batsman in their ranks in the shape of Younis Khan. I sincerely believe that he needs to carry on for at least two years as I feel he is committed to his job like no other. Yes, one can have failures as he did in Australia recently but it appeared that the weight or the brunt of Pakistan’s batting stress seems to have fallen on his shoulders which is unfair. Apart from this blip, make no mistake, whenever Younis scores, the result is more than often a positive one for Pakistan.


The time has come for Misbah to move on

I have been saying this for a while and I will say it again. Misbah has done a tremendous service for Pakistan in the past. He took the reins of captaincy under very strenuous circumstances. However, where he has failed is in his inability to take the team that he built to the next level such that when he does leave, the next captain inherits a well-functioning unit. He needed to think about building a team for the future and should have thought carefully about what was needed for that. What he needed to have done is to have built a team which could succeed in places like New Zealand or Australia or South Africa.

In the history of Pakistan cricket, we had captains like Mushtaq Mohammad, Imran Khan and Javed Miandad who when they retired left a high-quality team for their successors to inherit and take forward. No other captain could achieve that. What we have now is a team which can only succeed under certain conditions, much like Sri Lanka and Zimbabwe. You will do well in places which are familiar and the moment you come out of your comfort zone and get challenged, you will collapse in a heap. Misbah did a great job given the circumstances but, sadly, he was a failure in the longer run. Even Misbah will have realised that all his hard work has gone down the drain as he was never a forward thinker.

I do believe that it is time for him to move on but I have a suspicion that given his recent spate of losses he will want to stay on till the West Indies series to end his career on a high and it will really be up to the PCB to take whatever steps are necessary.