"Umar Akmal's chances of making a comeback have been greatly diminished" : Aamir Sohail

In his latest blog for PakPassion.net, Aamir Sohail writes about the ongoing controversy surrounding Umar Akmal's remarks about Mickey Arthur, the abrupt manner of recall of Pakistan players from overseas duties for the National T20 Cup, his thoughts on the World XI tour of Pakistan and what Najam Sethi needs to focus on as he starts his tenure as Chairman of the PCB. 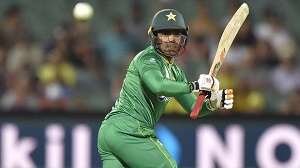 It appears that there is a new controversy brewing in Pakistan cricket with Umar Akmal’s allegations of abusive language used by Pakistan Head Coach Mickey Arthur. In my view, there is little doubt in the fact that Umar Akmal is doing this out of frustration at the manner in which his career is progressing so far. There was a lot of promise in his career at the onset but that has failed to materialize and not been fulfilled.

The PCB on their part have also been lax in the way they have failed to provide support to the batsman. If he had any drawbacks or faults in his skills or personality, then they should have mentored him in a proper way. If you compare Pakistan to other countries in the world, talented players are given attention and work done with them not only on cricketing aspects but also on matters related to off the field as well.

So, in summary, there is frustration and lack of application from both sides which has resulted in matters escalating in this manner. I also believe that Umar Akmal’s chances of making a comeback into this team under the current Head Coach have been greatly diminished by his outburst as now there may be an element of personal like or dislike in selection matters. His international career will now go on hold but really what he should have done is to work hard on all aspects of his cricket which were identified as weak by others and followed that route to come back into the team. But let’s also not forget one issue here. Umar Akmal was certified fit by the Chief Selector and his staff and then sent home before start of the Champions Trophy by the Head Coach after being declared unfit. To me that does not look right and should also be looked into it when considering Umar’s case.

If speaking in contractual terms, then it is clear that the PCB and national duties hold precedence over all contracts that players sign with other parties. In that sense, there really is no issue when players have to cut short their assignments with overseas employers and return to Pakistan.

Where there is a problem in the manner things have been done by the PCB when calling back players for the National T20 is that it has sent out the wrong message to the world. When scheduling such a tournament, the PCB should have taken into account that there is a certain time in the year when Pakistani players go away to take part in these overseas tournaments as those dates are driven by the duration of the local cricket seasons. PCB should have made appropriate adjustments to their own calendar which would have also allowed the players to earn more money from overseas assignments.

In addition, if PCB makes such abrupt decisions then the foreign leagues from next year will start to shy away from picking Pakistan players and will not prefer them over other players as that disrupts their plans and affects ability to win tournaments. The effect on morale of players who are all set to play away from home and then suddenly asked to return home is also something which needs to be considered. If the planning is done right, then all players would be aware of the extent of their commitments overseas and it would also be fair on their employers. So, when they are negotiating contracts, the players can state their availability during the season and the team managements can decide whether they wish to go ahead with the contract or not. And whilst we are on the subject of the National T20, there seems to be an inordinate amount of emphasis on this type of cricket with other domestic tournaments such as the PSL by the PCB and as a result our overall cricket is suffering as well. To me this is a larger issue which needs to be looked at as soon as possible.

It appears that the World XI tour of Pakistan is all set to materialize in September which can only be good news for the local cricket-starved fans and Pakistan cricket in general. However, by offering huge amounts of money to players to get them to visit Pakistan is also sending mixed signals to the world. It would seem that no one is willing to come to Pakistan unless offered a king’s ransom which is not what the world wants to hear. What they need to be doing is to present their case for resumption of international cricket in Pakistan based upon the fact that yes, we accept that tragic events took place in our country but now things have improved and Pakistan is a safe country to visit. That alone should be the basis of any team’s visit to Pakistan.

In this regard, the ICC has an important role to play. They should be stepping in to convince and also share the financial burden with the PCB if players have to be paid huge fees for their tour of Pakistan. I also do not agree with the blanket security that was provided during the final of the 2017 edition of the PSL in Lahore in March. If the objective is to show that cricketers are safe in our country by blocking the city then I am afraid that is the wrong signal to send to the world. We should be able to provide the same security in a not-so-obvious show of force as flooding streets with security personnel will make visitors uneasy.

The impression which should be given is that Pakistan is a safe country and things are back to normal. More than the names and reputations of World XI players, what will determine the success of the tour will be how the world sees Pakistan's ability to host tours without a problem. By providing such high levels of security as we saw in the PSL, we are defeating the purpose of the World XI’s visit which should be to send out a positive message and show that Pakistan is as safe as any other country, and normal life continues without fear.


The change of guard at the Pakistan Cricket Board

As expected, we now have Najam Sethi as the new Chairman of the PCB. What I am expecting him to do for the betterment of Pakistan cricket is to let go of his emphasis on the PSL. He needs to move away from putting his energies on PSL and actually start to look to improve the way Pakistan cricket functions as a whole. If he is serious about his job, he needs to examine the list of personnel who are associated with Pakistan cricket and evaluate their performances in the roles they have been assigned to. What he must ask is if the people employed by the PCB and the salaries paid to them are justifiable in face of the actual output from these staff. Apart from that, Mr. Sethi will be well advised to turn his attention to making a serious effort to improving cricket in Pakistan at the club and grass-root levels. Cricket at these levels is not organised at all and the PCB under Najam Sethi will need to ensure that this objective is at the top of their list as this is the number one reason we are struggling to get to the top of world cricket.