"All young players in Pakistan side need to emulate Babar Azam" : Aamir Sohail

In his latest blog for PakPassion.net, former Pakistan captain Aamir Sohail writes about the future impact of the World XI's visit to Pakistan cricket, what Ahmed Shehzad needs to do re-establish himself in the Pakistan LOI and Test teams, why younger batsmen need to emulate Babar Azam, questions the reasons for Fawad Alam's persistent exclusion and suggests ways for the PCB to get its house in order to prevent corruption in the future. 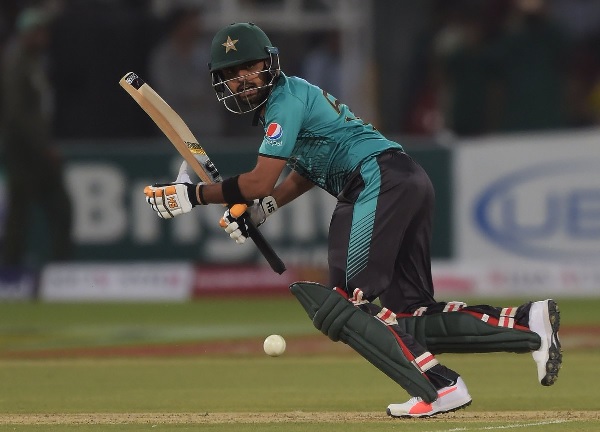 Like all Pakistanis, I think that the World XI’s visit to Pakistan was a good start to what I feel is a long journey to the complete restoration of international cricket in the country. We have had a few raindrops of success and we must do a lot to turn this into a torrential downpour. What we need to do now is to create comfort levels for teams such as Australia who last toured Pakistan in 1998 to be able to consider another visit to the country. The fact is that western teams do not wish to be confined to their hotels under strict-security and they like to step out and experience what the host nation has to offer in terms of culture and tourism.

We will need to create such conditions before all foreign teams will consider touring Pakistan again. If the PCB feel that they cannot control the general security situation in the country which prevents them from offering normal touring conditions for the touring teams then why are they trying to bring international cricket back to Pakistan? Would it, then, not be better to allow conditions to improve in Pakistan before asking other nations to tour Pakistan?

Credit for return of International cricket

If we are to look for people to credit for the return of international cricket in Pakistan, we must start with Zaka Ashraf who was instrumental in the creation of the ICC Task force for Pakistan. More work on this was then carried on by Shahryar Khan and Najam Sethi was lucky enough to actually execute the final part of this assignment. I really feel that the PCB Chairman should have given credit to all his predecessors for this achievement. Let me also add here that the PSL 2017 final which is being mentioned as a major achievement only happened due to the personal intervention of the Pakistan Army’s top brass. That created the momentum which resulted in the World XI’s visit to Pakistan. The PCB now have to use this goodwill and develop this further and whilst its fine to offer financial incentives to visiting teams for one or two games, a full tour will require a lot more effort and such incentives may not be sustainable for a full bilateral series.

Ahmed Shehzad needs to bring more consistency to his cricket

Ahmed Shehzad had a very good series against the World XI and it's good to see was included in the training camp for the upcoming Test series against Sri Lanka. However, as I know from personal experience, to establish himself again in the line-up, Ahmed Shehzad will need to go back to his normal game. But some things he has to really improve upon are taking singles, rotating the strike and playing off the back-foot. I feel he can make an impact in the Pakistan Limited Overs side if he can work on these issues and as far as a Test return is concerned, I do not see him displacing any of the established openers such as Azhar Ali and Shan Masood but then playing in the UAE has never been a great challenge for the batsmen. Players like Ahmed Shehzad can manage against the pace and lateral movement on offer on UAE pitches but the real challenge is playing in non-subcontinental conditions and we will need to reserve judgement on him until he has demonstrated his skills under those conditions.

All young players in Pakistan side need to emulate Babar Azam

I am really impressed by what have I seen of Babar Azam so far. What he has shown in such a short period of time in his Limited Overs career is that by simply playing one risky shot and then rotating the strike for the rest of the over he is able to build a good innings for himself and help his team too. This has made him more consistent and reliable as well. In my view, all young players in Pakistan side need to emulate Babar Azam as singles are most important if you wish to survive at the international level for a long time and a prerequisite to becoming a reliable batsman. However, I would say that it’s still too early to say that he has all the skills needed at this time to become the backbone of Pakistan’s batting order.

The failure to select Fawad Alam

If one is to go by the criteria for selection in the national team being performance alone then Fawad Alam has a strong case to be picked. He has put in some excellent performances and it would be justice served if he is given an opportunity to represent his country. I understand that there may be some doubts about his unusual batting technique but the fact is that he is scoring runs and performing well and that should be reason enough for selectors to consider him for selection. Granted that he has an unorthodox technique where he jumps and hops in the crease a bit but if he can cope with the bowling and deliver for Pakistan then no one should have any objections to his inclusion. We know that one thing that is associated with left-handed batsman is the elegance and flair but if he lacks that and still scores runs, then where is the harm in selecting him? Remember that Fawad is not alone in his unorthodox form of batting in international cricket. We have examples of Larry Gomes who did not have an attractive style of batting compared to that of Alvin Kallicharran, Roy Fredericks, or Clive Lloyd but the fact is that he used to deliver for the West Indies in difficult situations. Although he was part of a team of top quality stroke players, it was Gomes who would come in crunch situations and take his team out of trouble.

In Fawad’s case, the skills are all there but it’s up to the selectors to figure out how they can use a batsman of his capabilities. I am afraid, our selectors need to learn how to define roles for the batsmen and then select players accordingly. This is something they have consistently failed in. It's a much cliched term to tell players that they have to perform but unless they know their role, they will never be able to do that. Pakistan have a need for a good quality left-handed batsman in the middle-order and that is really the need of the modern game. The fact is that no teams have been able to win tournaments without quality left-handers and if they have, they are just exceptions as in the case of Pakistan in 1992. And this is not just the case in LOIs but also in Test matches. This is one of the reasons that Pakistan teams of the recent past have struggled in batting because it’s been easy for the opposition to plan their attack against Pakistan batsmen. Having someone like Fawad Alam in the middle-order will put the opposition in two minds and we know from experience that a left-hand-right-hand batting combination can work wonders. How they can utilize Fawad’s skills is therefore, something that the selectors have to ponder over.

PCB officials also need to be monitored for corruption

I have absolutely no doubt that anyone who has contravened regulations and indulged in corruption should be dealt with and banned if needed. However, the time has also come to impose a code of conduct on all board officials as well. There should be strict monitoring on who the officials meet in the same manner we keep an eye on whom the players meet. If a person of questionable character meets someone high up in the PCB then he can very well approach a player and convince them that it won’t be a problem dealing with such a person as they are known to the senior management. This proposal needs to be implemented as clearly banning and fining players is not good enough as the same problems keep on happening over and over again. If we don’t monitor the board officials as well, we will never be able to eliminate this problem. Granted that the PCB has an anti-corruption department but let’s not forget that it was on ICC’s direction that the spot-fixers were identified. So, what exactly was the PCB’s anti-corruption unit doing in this case? Basically, all the PCB can do is to hand out sanctions but due to their own weakness, are unable to create the necessary deterrents.

The fact is that players do not earn enough playing first-class cricket and whatever chances of employments they had with departments have also been reduced to a minimal number. Its only after playing international cricket for a few years that you can earn enough to have a good standard of living. If you cannot play for Pakistan that long and are discarded from the team without any financial security, then a player becomes an easy prey for corrupt forces. I would suggest that instead of the PCB worrying about how to punish players, they need to look at the root causes of corruption in cricket. Until the PCB can do this, they can very well ban many others but they won’t be able to eliminate corruption. Of course, the die has been cast and the precedent set when the PCB brought in tainted former players into the organization. So former players who had been identified as corrupt were brought into the PCB setup, giving out a message to others that it’s OK to be that way as in the end, it does not seem to matter.

Finally, lets also think carefully about the whole PSL concept and ask why previous administrations in the PCB had not been too keen on the PSL in the UAE? For that matter, look at what happened in the BPL, SLPL and also the IPL. All of these leagues were hit by some form of scandal so the PCB should have known that they had to be extra careful with PSL and should have put in place water-tight procedures to prevent any such corruption from happening. Yes, we can blame the players and punish them but let’s not forget who were supposed to be in charge of the players, the current situation is as much a fault of theirs as it is of players like Khalid Latif and Sharjeel Khan.