"PCB have not groomed a successor to Sarfaraz Ahmed" : Aamir Sohail

In his latest blog, Aamir Sohail writes about the wider implications of Mohammad Amir's retirement from Test cricket, the need for some strong decisions to be taken by Mr. Ehsan Mani in interest of Pakistan cricket, Mickey Arthur's failure to achieve any concrete results during his tenure and why it would be wrong to replace Sarfaraz Ahmed as captain without carefully grooming his replacement. 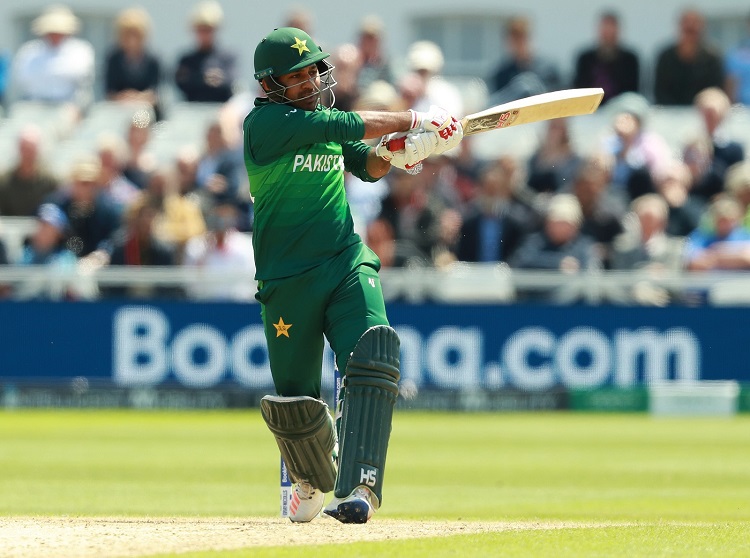 The announcement of Mohammad Amir’s retirement from Test cricket seemed to catch a lot of people by surprise but in my view, this looked like a logical conclusion to his Test career. A few months ago, there had been some rumours of him wanting to give up the longer format to preserve himself and given his less than ideal Test form in recent times, the decision to move on was expected. I do believe that Amir’s decision to retire was driven by his intention to maximise his earning potential given that he had lost 5 years of his career due to the ban. After his comeback, he did not have the effectiveness in Tests that we all hoped for and he was clearly struggling so his decision is understandable.

With rumours flying about of other cricketers also considering a move away from Tests to give themselves some more earning potential, it remains to be seen how PCB will react to this development. It's clear that Test match fees are in no way comparable to the allure of attractive financial rewards that a player playing in the shorter formats, namely Twenty20, can get for himself. So, the decision is a no-brainer and unless Test match fees become good enough to challenge what can be earned from the lucrative Twenty20 leagues, there will always be a possibility of Test players wanting to take a practical approach. Of course, we will always have some supremely talented Test players of the likes of James Anderson who will choose to only concentrate on Tests as their bowling strengths are suited for this format. But such cases are few and far between and Anderson’s earning potential is clearly not affected by his preference for Tests and that may well be one way for PCB to stop players from deserting the Test side for the shorter formats of the game.

PCB Cricket Committee is failing to achieve its purpose

The PCB Cricket Committee recently met with some fanfare to reportedly discuss the current state of affairs of Pakistan cricket, including the lacklustre World Cup performances but here is my issue. If the intention was to have a constructive review of recent performances by Pakistan team then the committee should have come well prepared to evaluate the situation, based upon the job description of the people being questioned. But the fact is that the job descriptions themselves were so weak in the first place that very superficial and generic statements of progress and intent were made in this meeting which really defeats the purpose of the PCB Committee. No one will readily admit to the fact that they were wrong unless they are seriously challenged and confronted by the questioners and that is what seems to have transpired recently.

But all this is not a big surprise to any of us, is it? The fact remains that the very people who were responsible for the current setup of the Pakistan side are the ones who probably appointed the current personnel and they need be taken to task first. The fact is that instead of putting the Pakistan team on trial, it should be the people who helped chose the team management who should be asked to step-up and be held accountable so that they can provide explanations for the current situation, or they should be relieved of their duties immediately. It is their incorrect decisions overtime which have brought Pakistan cricket to its knees and action needs to be taken against them. It is due to them that Pakistan cricket has not progressed in the way it should have.

It’s time for strong decisions to be taken by Mr. Ehsan Mani

The new administration at the PCB under the leadership of Mr. Ehsan Mani has precious little to show for in terms of their own achievements. PSL season 4 took place soon after change in leadership at the PCB but apart from that there isn’t much to talk about. However, we need to be patient as due to Pakistan’s cricket commitments including the recently concluded World Cup, there hasn’t been much time to make any significant decisions. But now the time has come for strong actions to be taken by the new administrations and to put into practice what they have been talking about from the start. For me, the most important action they must take is to ensure that the management structure of the PCB is robust. In this regard, I would like to mention the fact that any organisation only brings in a new Managing Director (MD), as PCB have done, if the previous incumbent or the COO is not working to the satisfaction of the organisation. Mr. Mani, in my opinion, should now act to ensure that the MD has complete power to deliver the approved policies and should remove the COO so that progress can be made.

Mickey Arthur had expressed a desire to stay on as Pakistan Head Coach for two more years but in my mind, there should be serious questions asked about exactly what he has achieved during his current tenure. I have yet to see any technical improvements in the Pakistan side despite him claiming and bragging about the fact that we have better fitness and fielding in the past few years. I see no reason why we should continue with him for the next two years as requested by him and agree with PCB's decision to not to renew his contract.

There is a lot of debate and discussion about suitability of Sarfaraz Ahmed as captain in some or all three formats of the game. To me this is just a sad case of a knee-jerk reaction to recent disappointing performances by the Pakistan side. The fact is that PCB have not groomed a successor to him and so to expect Sarfaraz to be replaced for the sake of change is absolute madness. What we need to do is to act in a calm manner to prepare his replacement and to look for someone to take over who has leadership material, and is not simply a good player. If we don’t groom for at least a year a player who has a good grasp of the tactical aspects of the game, one who can operate well under pressure and has game awareness then we could easily end up with a dressing room with possibly six captains instead of one good leader and we cannot afford that at any cost.