"PCB have made a blunder and they must now suffer the consequences" : Aamir Sohail

In his latest blog for PakPassion.net, Aamir Sohail writes about the failed comebacks for Umar Akmal and Ahmed Shehzad and Pakistan’s disappointing loss in the T20I series against Sri Lanka, offers a strong critique on PCB’s choice of Misbah-ul-Haq as Head Coach and Chief Selector and wonders why Sarfaraz Ahmed was allowed to continue as captain with such a defensive mindset. 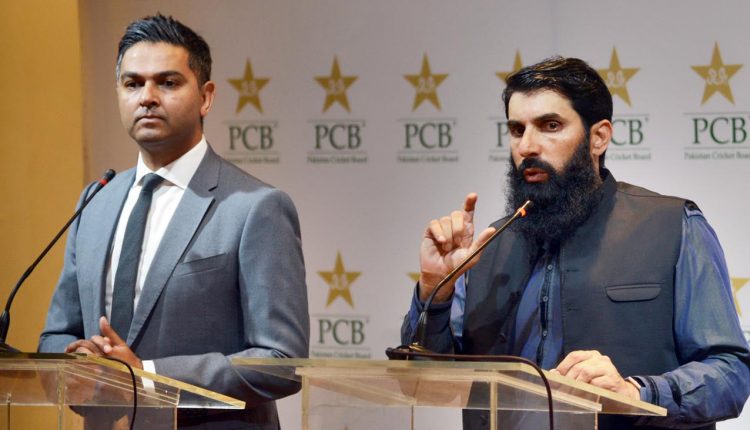 Umar Akmal and Ahmed Shehzad comebacks made in the wrong format

The attempt to bring back Umar Akmal and Ahmed Shehzad expectedly amounted to nothing as we saw both of them fail miserably in the T20I series against Sri Lanka. If the team management wanted to do this right, then they should have given it a bit more thought to the process of bringing back a player after a long absence and I can tell you that Twenty20 is not the format for making comebacks. In this format, batsmen have to face a lot of pressure with every dot delivery only adding more to the stress. To make things worse, Sarfaraz Ahmed took a decision to bowl first after winning the toss in the 1st T20I. This decision must have been approved by Head Coach and Chief Selector Misbah-ul-Haq, and we all know that run-chases only add more pressure on batsmen so the performances of Ahmed Shehzad and Umar Akmal under such circumstances should not be a surprise and have exposed Misbah’s lack of experience in a big way.

The other question which puzzles me to no end is that if we had lost the series after losing the second T20I match, why were Umar Akmal and Ahmed Shehzad not given another chance to prove themselves in their comeback series? Surely when you bring back a player after such a long time, you need to give them a chance to regain their confidence. You say to them ‘look you have had two failures, but I will give you one more chance to make amends’. Instead what Misbah has done by dropping both players in the final T20I game is to create insecurity amongst all Pakistan players. From now on, anyone making a debut, or a comeback will feel as if a sword hangs on their heads so that if they fail even once, they will get dropped. This is not the message which should be going to players and in that sense, Misbah has messed it up in his very first assignment as Head Coach and Chief Selector.

To me, the fiasco with the Umar Akmal and Ahmed Shehzad comebacks is also a clear indication of the fact that Misbah-ul-Haq has no idea of what job he has to do and what is expected of him. But then let’s not be too harsh on him as it's really the people who appointed him who should be taken to task for this mistake. If a person who has never had any experience of being a coach is appointed as Head Coach of Pakistan and also given the task of being Chief Selector, then who should be blamed for that? Think of it from a player’s point of view. If you are having some issues with your game, you normally go to the coach and explain the problems. If that same person happens to be the Chief Selector who could drop you for the next series, you would be very hesitant in approaching someone like Misbah and that will not help Pakistan in any way at all. The fact is that players will not find it easy or possible to interact with a person who is their Head Coach and also Chief Selector and so PCB have made a blunder and they must now suffer the consequences.

I am amused by all this talk of Sarfaraz Ahmed’s incompetence as captain and calls to remove him forthwith after this series loss. It seems that many critics have short memories when it comes to Sarfaraz so let me remind them that everyone knows that he has always been a defensive captain. After the World Cup, we had a PCB Cricket Committee which conducted due diligence on how Sarfaraz had lead the team for the past few years and specifically his performances in the World Cup and were tasked to come out with a future strategy to ensure that things improved. As a result of this analysis, we removed Mickey Arthur by conveniently blaming all ills on his coaching and then retained Sarfaraz as the captain for Pakistan. Now given that this is where we stand and we know that Sarfaraz is a defensive captain, it was supposed to be Misbah’s job as a Head Coach and Chief Selector to instil the notion of aggression but clearly that did not happen. And if PCB’s Cricket Committee could also not see faults in Sarfaraz and the likes of Wasim Akram and others proposed that Sarfaraz Ahmed continue leading with the same mindset as before then I have great worries about the future of Pakistan cricket.

I strongly believe that instead of taking on the role of Head Coach for Pakistan, Misbah should have been appointed Pakistan Under 19 Coach. In this way, he could have made sure that the players who would eventually be selected for Pakistan would be aware of what improvements they needed to make before playing at the highest level. He could have also identified the roles for each of the Under 19 players so their transition to the Pakistan team would be an easy one. But now he will not be able to do any of that as he will not be able to watch Under 19s or domestic cricket and all his selection decisions will be based upon hearsay alone. This being the case, why is Misbah-ul-Haq being paid so much money? More to the point, why did Misbah take this role? Was it just greed for money and power? Once again, I blame the PCB more than Misbah for his appointment as they knew what they wanted from the Head Coach and Chief Selector and it was their decision to appoint him and they should be held accountable.

It seems that we are worried less about bowling tactics and more about fitness for our bowlers. The fact is that we do not have the expertise to work on players’ techniques and this is why we are concentrating more on fitness and so it appears that we are preparing our players less for cricket and more for The Olympics or WWE Wrestling. I am actually very worried about youngsters coming into the Pakistan side as there could be a lack of expertise to train them. I feel that our bowlers can only do well when there is reverse-swing on offer, else they have nothing to contribute. Our quick bowlers need to be able to bowl back of the length and to seam the ball. It's all good to have bowlers who can bowl at 140KpH or more, but to be able to swing the ball at that speed is where our new Bowling Coach, Waqar Younis will need to put all his energies into and this will be his biggest challenge. Whether Waqar Younis can deliver this type of improvement will pretty much define chances of success in his role with the Pakistan side.

There is no room for complacency in international cricket and especially in the Twenty20 format, you cannot take any side as a pushover. Three or four overs can change the face of a Twenty20 game for either side which is the reason I am puzzled that Misbah-ul-Haq could not adequately explain why the world’s number one Twenty20 side could not win any of the games in the T20I series. The margin for error is very tight in such matches and to me it wasn’t that Pakistan were complacent but the fact that we made mistakes that contributed to our loss. Just having a title of Head Coach and Chief Selector isn’t enough, Misbah also has to put in the effort to justify that title. When planning for this series, he should have given some thought to how the opposition would counter his bowlers and batsmen. He knew that we had struggled with Shadab Khan in the World Cup and he failed to devise a strategy along with the bowling coach to see how Shadab could be used more effectively in the T20I series against Sri Lanka. And finally, and not to belabour my earlier points, I would like to say that PCB have consistently failed to learn from mistakes of the past. Javed Miandad was made coach in 1998 and had a problem, Waqar Younis was also made coach later and now we have Misbah-ul-Haq who could end up with the same fate.