"The PSL is not giving enough chances to Pakistani batsmen" : Aamir Sohail

In his latest blog for PakPassion.net, former Pakistan captain Aamir Sohail praises the PCB for a successful Pakistan Super League, suggests the PSL should have been postponed earlier due to the Coronavirus Pandemic, expresses his disappointment at the lack of opportunities for Pakistani batsmen at the PSL, explains why Sharjeel Khan deserves another chance in Pakistani colours and what Haider Ali, Mohammad Hasnain and Naseem Shah need to work on to improve further. 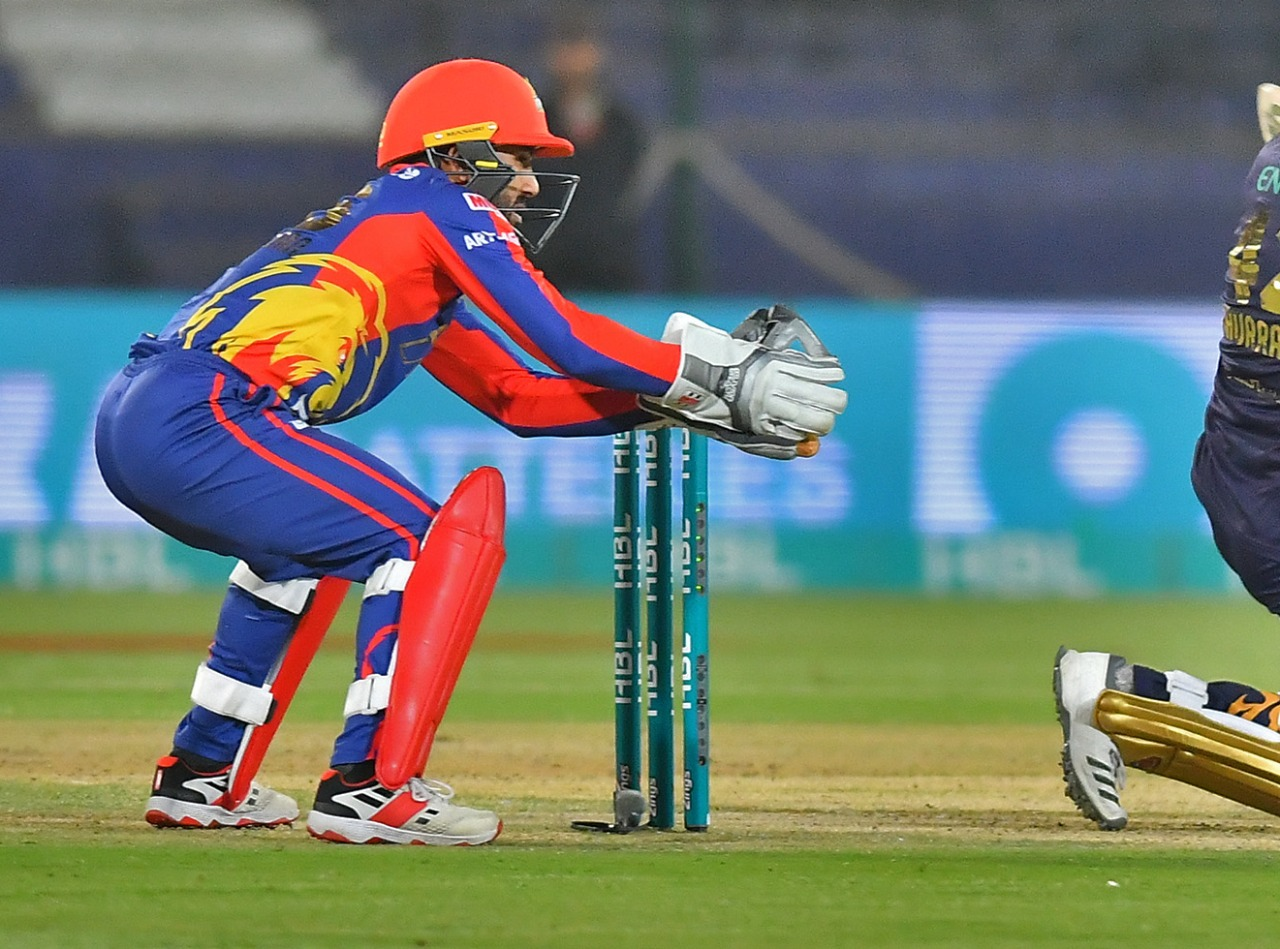 Let me start by saying that holding the PSL in its entirety in Pakistan has been a great milestone in the history of this tournament. It’s unfortunate that the tournament was postponed as it neared its end but the fact that PSL was played in Pakistan was a great achievement for Pakistani sports in general. I would especially like to thank Pakistan’s Chief of Army Staff, General Qamar Bajwa, for taking a stern stance in 2016 towards ensuring that in the future tight security conditions would be provided in the country that would make foreign visitors safe in Pakistan. Since then, we have seen perceptions change regarding Pakistan and a steady improvement in the security situation which has in-turn lead to the PSL being held in Pakistan in its entirety in 2020 for which we are very grateful to General Bajwa.

PCB should have postponed the tournament ahead of the playoffs stage

I understand that the PCB had to take many factors into account when deciding on whether to continue and complete the PSL tournament as scheduled. However, in my view, they should have stopped this tournament a week earlier than they eventually did. The reason for that is simply that one of the biggest reasons for the spread of the Coronavirus is via droplet transmission. As we know in cricket, players routinely put their saliva on the cricket ball to preserve the shine and that alone is a huge risk for all concerned as the ball is passed around fielders and bowlers alike. This is something the PCB should have considered and possibly taken the same decision they took later, a little earlier. Instead of cutting down on play-offs and rejigging the schedule, they should have at that point stopped the tournament. From a cricketing point of view, by removing the playoffs, they took the fun part of the tournament out of the equation for whenever the competition would have resumed again. However, as we know, hindsight is a great thing and the main thing is all players and tournament participants are all safe.


Babar Azam should have been appointed as captain of Karachi Kings

There was a lot of talk of how PSL could have been made more interesting with the use of new venues but we need to understand that we are limited by the choice of stadiums so we have to understandably confine ourselves to the 4 centres that were used in season 5 of the tournament. But to me, the real issue with this season’s PSL revolves around how the players who have recently featured in Pakistan’s T20I squad and are supposedly in line for selection for the upcoming T20 World Cup were used by the franchises. Take the example of Babar Azam who is Pakistan’s T20I captain but did not captain Karachi Kings. It’s incredible that this has happened as we all know that Babar needs all the experience he can get as captain of a T20 side.

On top of that, our frontline wicket-keeper Mohammad Rizwan was side-lined for most of the tournament. We also have the example of Ahsan Ali who was picked for the Bangladesh series and then got just a few games for Quetta Gladiators which I find odd. My point is simply that Pakistan is finding it difficult to find batsmen who can challenge the best at the international level, yet, when we get a chance to try some out in the PSL against good quality bowling attacks, we don’t pick them or we side-line them.

The PSL is not giving enough chances to Pakistani batsmen. In fact, most PSL sides during this tournament depended on their overseas quota to fill the top batting positions which was worrying. To me, the purpose of the PSL beyond all financial rewards is to deliver quality talent for Pakistan’s national team. We talk about the lack of good batsmen in the Pakistan side but then when we do get an opportunity like PSL, we fail to make use of it. The PSL was as an opportunity to use top performers from the Quaid-e-Azam Trophy and give them a chance to showcase their talent and we did not capitalize on it. To me it’s strange that we emphasise the importance of our First-Class cricket yet when it comes to PSL, we are not giving a chance to our top performers to shine. To me, the PSL is a PCB tournament and it should be the Board’s responsibility to give chances to the best Pakistani batsmen to play in it which they are not doing.

I am worried about Naseem Shah as I have seen him struggling during the PSL and I will emphasise again, as I have done before, that he has a major problem with his bowling action which puts a lot of stress on his body, and this needs to be sorted out as soon as possible. Mohammad Hasnain is another bowler whose form is of concern to me. He has been part of the Pakistan side for almost a year now but the quality of his bowling instead of improving has gone downhill and to be honest, it’s a more of a case of getting from bad to worse. With both Hasnain and Naseem, it’s not just about being satisfied with generating pace, but what they need to become are well-rounded bowlers who are consistent in their performances. For me, both bowlers have some issues with their delivery strides and unless these problems are fixed, their progress will be hampered. It seems to me that we keep on glorifying the idea of bowling with pace and not enough emphasis is put on the basics of fast bowling, and to ensure that the action of our bowlers is stress-free. Let me remind everyone that we have seen many tear-away fast-bowlers come and go for half a decade, but not many have been able to achieve anything of significance apart from those who had the ability to bowl with control, whilst bowling only a few fast deliveries in an over.

There is not much doubt about the fact that Haider Ali is very talented, but I feel that he needs to play more First-Class cricket to improve further. He was fortunate to have been selected for the PSL where there may well have been better batsman than him in Pakistan’s domestic cricket. But now that he has had that chance, he needs to go back to the drawing board, work on the technical and attitude side of his game and if he can improve that further then he can become an asset for Pakistan cricket.

Sharjeel Khan had a good PSL tournament but if he is to be considered for the Pakistan T20 side, he will need to shed some weight. For those who are worried about Sharjeel’s return after his ban, let me remind them that if Mohammad Amir has been allowed back into the Pakistan side after what he did in 2010, then a similar opportunity must be given to Sharjeel as well. The fact is that you only allow someone like Sharjeel to make a comeback if you are considering him for a position in the Pakistan side so if he is performing well and takes care of his weight, then why should he not be considered for a place in the Pakistan Cricket side?

In terms of his performance in PSL, I feel that he blew hot and cold and quite clearly, you cannot relate consistency with Sharjeel, and I suppose we have to accept that this is the way he plays his cricket. We have accepted such performances from other players in the past, so we can do the same for Sharjeel and if he doesn’t succeed, then we can shrug our shoulders and move on. But what we do need to do, is to tell Sharjeel what is expected of him which is not simply to try and hit every ball out of the park. He needs to put his ego away and think about what the team requires of him. If he can do all that then there is no issue in him being considered for recall to the Pakistan side.

Let’s face it, Misbah-ul-Haq never really had experience as a coach before he was given that position for Pakistan. He was given the position of Head Coach by Pakistan and it seemed to be a case of learning on the job as far as he was concerned. If he was now given a chance to work for Islamabad United, then that was good for his experience. To be honest, at this stage, even if he is given an opportunity to work to coach a school team, he should take it, as it will help him.

It’s a sad fact that we have been struggling to find good batsmen for the Pakistan team. Nowhere is this more apparent than in the fact that Mohammad Hafeez and Shoaib Malik were recalled to the Pakistan T20I squad in recent times. This should have rung alarm bells for the Pakistan team management, and they should have started thinking about how they needed to address this crisis, which is why I feel that we should have inducted more and more Pakistani talent in the PSL. This would have allowed our top talent to rub shoulders with senior international players and their mettle could have been judged when they were exposed to tough game situations in a top-quality tournament like PSL which was broadcast around the world. This is why I feel that the PCB is not looking at the greater good of the game, they just seemed to be focused on the PSL and that’s all.