"Pakistan has a good chance in the T20Is versus Australia but it'll be difficult in the Tests" : Sohail Tanvir

In his latest blog for PakPassion.net, Sohail Tanvir writes about Team Northern's performances in their tournament-winning National T20 Cup campaign and his role in their triumph, players who impressed him during the tournament, offers his views on Naseem Shah and Mohammad Musa Khan and looks forward to Pakistan’s upcoming T20I and Test series against Australia. 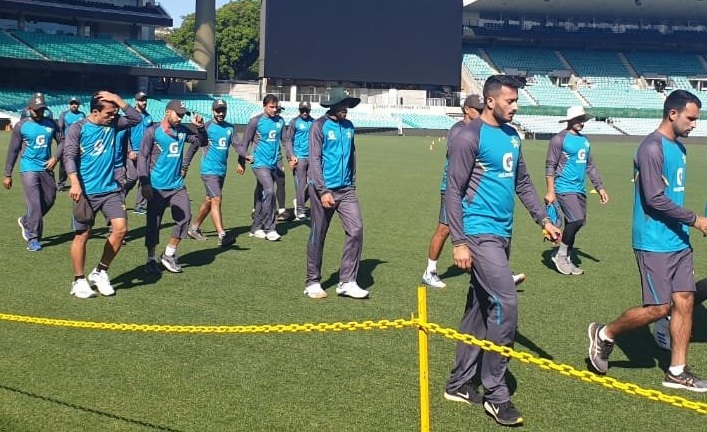 Northern were worthy winners of the National T20 Cup

I am obviously elated by the fact that we are now National T20 champions and for that the credit must go to the whole Northern side. We had an excellent squad with some brilliant all-rounders in our line up and of course, our bowling was strengthened by the presence of 3-4 names who are currently part of the Pakistan side. Add to that the experience that Mohammad Nawaz and I bring to the table as Twenty20 specialists and it becomes clear that we were always the team to beat in this tournament. Regardless of how strong our line-up was on paper the fact of the matter is that what really matters is how you perform on the ground. Thankfully, despite one bad game we pretty much cruised through the initial stages of the tournament and it was only the semi-final against Khyber Pakhtunkhwa where we were given a tough time by our opponents but then that is expected at the knockout stage. All in all, it was a great team effort by Northern to win the National T20 Cup and the way to judge that is to note the number of different individuals who did well in every game we played, with others chipping in as and when needed.

On a personal note, I am pleased that I was able to achieve the goal of being the top wicket-taker in the National T20 tournament. I had set this goal for myself at the start of this season and had also spoken to my coach and captain as well and with God’s grace I was able to reach this goal. The fact of the matter is that in this world, it’s always the person who gets the number-one position who gets all the attention, and no one really cares about the also-rans as such, so this milestone was very pleasing for me. Being the top wicket-taker in this tournament was absolutely necessary for me given the stage of my career that I am at the moment and in keeping with my wish to make a comeback and win a place for myself in the Pakistan squad for the 2020 ICC T20 World Cup. This is doubly important if you consider the statement by our Head Coach and Chief Selector which said that those who perform well in the domestic tournaments will surely be considered for a place in the national side.

The quality of cricket during the National T20 Cup was very high and to be honest, that was to be expected as when you shrink the player pool you are bound to get better quality sides playing in the competition. If you look at the composition of the six sides that took part in the tournament, each side was more than capable of winning the tournament with players who are current members of the Pakistan side – in fact some Pakistan A players or even international players were playing for 2nd XIs which indicates that competition for places in the first XIs was very tough as well. When you have such good quality sides then it stands to reason that out of this competition will emerge some top talents who will be ready to represent Pakistan at the international level and that to me is a huge positive from the National T20 Cup. I do hope that just like we have been able to find some good players in the PSL, we can also discover some top talents from this tournament as well.

No new batting talent has emerged in the National T20 Cup

The beauty of a tournament like the National T20 is that as a cricket lover, you get to see some special talents on display and if I look at my own side, then Haris Rauf’s performances have been excellent. In the semi-final where he was struggling a bit initially, but he showed tremendous character to comeback in the game and take 3/26. I had spoken to him earlier on how in Twenty20 cricket, one over can turn you from a villain to a hero and that is what happened where in a pressure situation he came good and helped us win the game. Then we had Umar Amin who in the same game was playing proper cricketing shots and attaining a strike rate of 130. He has definitely improved and matured as a batsman and his strokeplay during the tournament was a pure delight. Looking at other sides, one cannot but admire Usman Khan Shinwari who bowled really well taking that memorable 5/13 against us and he remains a great asset for Pakistan cricket. And no discussion of this edition of the National T20 is complete without the mention of Zahid Mahmood who I feel has tremendous talent and if we give him proper chances and space to grow, then he can be a huge positive for Pakistan in the future. In terms of batting and I say this with great disappointment, we did not see any stand-out new talent emerge in this tournament. All the top run-scorers were well- known names from the past such as Awais Zia, Umar Amin, Asif Ali and Babar Azam.

I understand that there is a lot of excitement about the presence of Naseem Shah and Mohammad Musa in the Test and T20I line-ups and to be very honest, I feel that both names are very good when it comes to red-ball cricket. Especially, Naseem Shah is one bowler who knows how to bowl in the longer formats of the game. I feel he has that bowling ‘sense’ and a cricketing brain which is important for a young bowler and I expect to see a lot of him on the tour of Australia as well. He has a great idea of how to change his length and how to bowl to different batsmen to get wickets. Musa is also a great prospect, but some work needs to be done on him to make him the real deal. I say this as I have seen him at close range because he was in my side during the time when we were playing red-ball cricket in the Quaid-e-Azam trophy. He has pace and energy to go with it and can bowl at a consistently good pace all day but as I said, he has a few weaknesses which he has to work on. Both Naseem and Musa may well be thrust into international cricket soon but we have to remember that in the past also we have put in raw talent into the national side and whilst there were some successes, things also went south as well for some new talents as well and those bowlers are nowhere to be seen. For sure, both bowlers have talent but how they utilize and display that talent at the international arena, that’s entirely up to them. As Pakistan is struggling in terms of good red-ball bowlers due to the absence and retirements of Mohammad Amir and Wahab Riaz, it is definitely the right decision to go with youngsters like these two talented bowlers and If they have success, then it will be a win-win situation for Pakistan cricket.

Good news for both these bowlers is that they have an excellent teacher like Waqar Younis who can help them become better and from Waqar’s point of view, it’s easier to train young and inexperienced bowlers as they come in with a clean slate and are more willing to listen to their seniors. On the other hand, if you have already spent some time as an international bowler, then it’s a little difficult to change based upon advice. But in Waqar Younis, both bowlers have a supreme teacher and a master bowler who can teach them a few things about bowling. Now it’s up to both bowlers to show interest and if they are willing to put in the time and our quick learners then they will both go very far in their careers.

To start with, there is a huge difference between the bowling line-ups of Pakistan and Sri Lanka where Pakistan have proven bowlers like Mohammad Amir, Wahab Riaz, Imad Wasim. Mohammad Irfan and Shadab Khan so I don’t really think we will be suffering a fate similar to Sri Lanka in the 1st T20I recently. But obviously playing Australia in their own home will be very tough where the home side will also be adept at using the bounce and pace on the wicket to good use for themselves. Whilst it will be a tough challenge for Pakistan for sure but in Twenty20s, it’s not possible to write-off any side as it just takes one good performance with the bat or ball to change the outcome of the game. So, in this format, Pakistan has a chance to turn the tables on the hosts despite them being favourites. This is not the case in Test cricket where you need to be on top of your game for most part of 15 sessions so I feel Pakistan will have a difficult task to win against Australia in the longer format but then, as is often said, anything is possible when Pakistan play.