"We are witnessing an era of India’s supremacy in cricket" : Sohail Tanvir

In his latest exclusive blog for PakPassion.net, Pakistan bowler Sohail Tanvir writes about his impressions of the recently concluded Under-19 World Cup, why he feels Rohail Nazir and Haider Ali have bright futures ahead of them, the importance of this PSL season for his own career, Multan Sultans’ chances in the PSL and explains why age should not be a factor when selectors pick the squad for the next T20 World Cup. 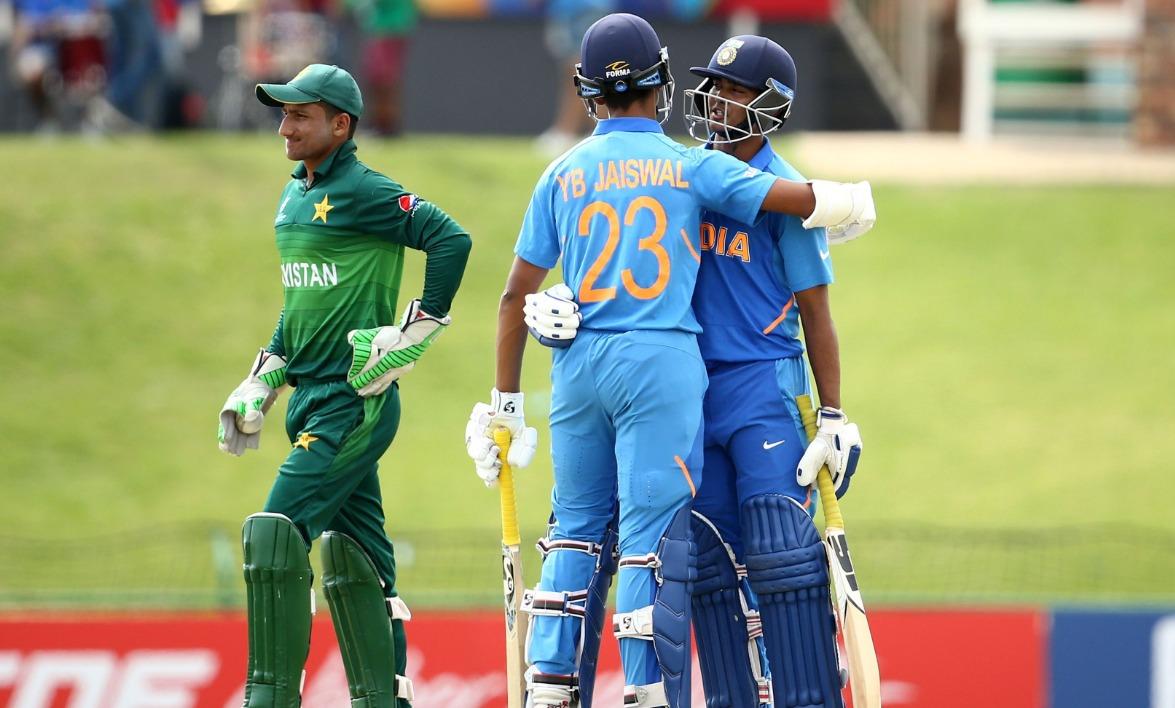 It should really have been no surprise that a side such as Pakistan would have reached the semi-final of the ICC Under-19 Cricket World Cup. However, it seems that Pakistan misread the pitch for the semi-final against India. To us watching on TV, it appeared that the ball was swinging and seaming around in the early stages of the Pakistan innings. Coupled with the use of two new balls, things became very difficult for our batsmen and in hindsight, one can say that Pakistan should have bowled first. Regardless of such matters, one has to acknowledge that currently India are a much better cricket side at all levels, not only compared to Pakistan but to all other sides in the world. In fact, there is a pretty big gap in skills between India and other countries and I would say that just like we had the eras of domination of the West Indies, Australia and Pakistan before, we are witnessing an era of India’s supremacy in cricket – and there really isn’t much to debate about that. India’s men, women and Under-19 cricketers are all enjoying supremacy over other teams and we saw that difference against Pakistan when the Under-19 sides met in the semi-final.

Impressed with Indian Under-19 fast-bowlers

Anyone who watched the young Indian bowlers in operation against the Pakistan Under-19 batsmen would have been impressed by the quality on offer by these pacers. Specifically, the right-armer Kartik Tyagi was swinging the ball both ways and as a fast-bowler myself, I felt really good watching someone bowl that well. Whilst the pitch may well have been supportive for that kind of bowling, the fact is that you need to have the skills to make use of the conditions and to have so much control with a pace around 140KpH, at such a young age was very impressive indeed. I am convinced that Tyagi has a bright future for India.

Pakistan Under-19s loss to India in the semi-final and ending up in 3rd place which was, of course, disappointing for all of us, but I would like to focus on the positives from the Under-19 World Cup. In particular, I am very pleased that the two batsmen, Rohail Nazir and Haider Ali, who I have personally known due to my association with the Northern side performed really well during this tournament. They are both very talented batsmen and have that spark in them which makes them suitable for international cricket and I have high hopes that one day they will represent Pakistan. But let me take a moment here and for a moment forget about nationalities and as a cricket lover, talk simply about the skills on display during the Under-19 World Cup. In that regard, I really enjoyed the batting of Afghanistan batsman Ibrahim Zadran in the 7th position play-off against South Africa. He was superb in the way he was striking the ball and hitting sixes with effortless ease.

There is no doubt in my mind that players and sides will get better, whether it’s at the international level or at the Under-19 level if they play more cricket. Especially at the Under-19 level where a player has 2-3 years at the most to make the most of his time as an eligible player, playing more games is important. It is here that the role of the respective Boards is important. If India Under-19s have played more cricket in the past 2-3 years, then the results are there to see. If India can produce one or two outstanding international players every two years from the set of Under-19 players, then that is a very satisfactory outcome for them, and we are seeing that happen already.

In Pakistan’s case, we hardly get players coming into the international side from the Under-19 team; most of our international players, with the exception of the likes of Mohammad Amir or Babar Azam or Imad Wasim, come from the domestic system or literally out of nowhere. I really believe that the Importance of the Under-19 and A tours for Pakistan cannot be overemphasized. If we had a good system in place for these young players, then we would have no reason to fast-track young players into the international side. So, a player performing well in 1-2 good innings in domestic cricket is sent to play in the international side but if he fails and is not mature enough then he is sent back to domestic cricket which is a waste of time and effort. The Under-19 tours and A sides, therefore, serve as a good way of sending players to the national side without affecting their confidence. From the results of Under-19 and A tours, we can get a good idea of which players are mature and ready for the eventual jump to international cricket. With this system in place, players graduating to the international level will more than likely have a good chance of success at the top-level.

The fact is that the upcoming PSL season will be the most important one for my career which is probably heading towards its natural end. From what I see, the Pakistan Twenty20 team combination is not settled by any stretch of the imagination. Apart from Babar Azam in batting and Shaheen Shah Afridi in bowling, I do not see any automatic choices, so I feel that all deserving domestic players have an opportunity to do well in PSL and make an impact which could see them make a strong case for inclusion in Pakistan’s T20 World Cup squad. With this in mind, I am working very hard and the encouraging thing for me is that the last season of PSL went really well for me and I was the highest wicket-taker in the recent National T20 Cup. Whilst a recall to the Pakistan side for the Twenty20 series against Bangladesh did not happen, I feel that good performances in the upcoming PSL could well strengthen my case for a comeback for Pakistan.

On paper, each team in the PSL is capable of winning the title. This is because unlike international sides, league franchise sides such as those in the PSL allow the luxury to build balanced squads from a collection of some of the world’s top performers. In my view, Multan Sultans are a balanced side and are quite capable of winning PSL 2020. We have a strong bowling line-up with the likes of experienced fast bowlers such as Junaid Khan, Mohammad Irfan and myself. All of us have played enough international and league cricket to know what it takes to succeed in the Twenty20 format. When it comes to leg-spin, we have the services of Shahid Afridi, Imran Tahir, and Usman Qadir. In the off-spin department, Moeen Ali is a good choice as is Ravi Bopara who can bowl medium-pace in the middle-overs. When it comes to batting, we have good strength in Shahid Afridi and Ravi Bopara whilst the top-order should be well served by the likes of James Vince, Moeen Ali and newcomer Zeeshan Ashraf who has earned a lot of praise in recent times - we have high hopes for him. Of course, we are well led by our new captain Shan Masood, so we seem to have all bases covered. Having said that, it’s not really possible to have a perfect side and I feel that our strength will be the bowling department as it is stronger than our batting. Given the resources we have, I feel that we should make it to the play-offs and once we get to that stage, anything is possible.

It’s great to see that after a long time, we have come out of the spin-bowling mindset and attacked the visiting teams with fast-bowling as we have seen in our performances against Sri Lanka and now, against Bangladesh. Obviously, this is all possible because we have the resources to utilize in the shape of Mohammad Abbas, Shaheen Shah Afridi and Naseem Shah. It is due to the confidence in their abilities that the team management has gone with such an attack. Of course, Bangladesh are known for their strength in the spin department and we have seen that when they play at home, they make pitches which take spin on day 1 of the Test so attacking them with a strong fast-bowling attack was a good idea.

It’s still early days when it comes to making any sort of judgment on how well Misbah-ul-Haq has done in his role as Head Coach-Chief Selector. Only 2 series have completed under his tenure and we really need to give him up to a year before deciding on whether he has done justice to his role or not. We speak of giving consistent chances to players to prove their worth but why is that such a problem when it comes to the likes of Misbah and other coaching staff?

From what I see, Misbah is still making his mind up about the right mix of experience and youth that he needs for the Pakistan team. To me, the result of the last series against Sri Lanka shows that Pakistan still needs its senior players who can play a key role which will also allow youngsters to learn from them. And this is also how the teams around the world are going about their business. With the T20 World Cup a few months away, now is not the time for any long-term planning. What you need are players who are in good nick today and will be able to continue to serve the team over the next few months. What you need are good results and whoever can help you get to your target of winning the ICC tournament, is the player you need to go with. There will be no special consideration or credit given to sides with most youngsters if we go into an ICC event with a young team - it doesn’t matter if you take someone who is 40 years old or someone who is 20 years old as the only objective is to have a balanced side which can win you matches. If a 37-year-old is still playing well and can get you results then go with him as the idea is to choose a set of players who can win games, and age should not be the deciding factor for the selection of Pakistan’s T20 World Cup squad.