"Real danger that players may be completely out of shape when action finally resumes" : Sohail Tanvir

In his latest blog for PakPassion.net, Multan Sultans all-rounder Sohail Tanvir writes about the reasons for his team’s excellent performances in PSL 5, explains in what circumstances Multan should be awarded the PSL trophy, offers his advice to Umar Akmal and how PCB can help cricketers affected by the lack of cricket due to the ongoing Coronavirus Pandemic. 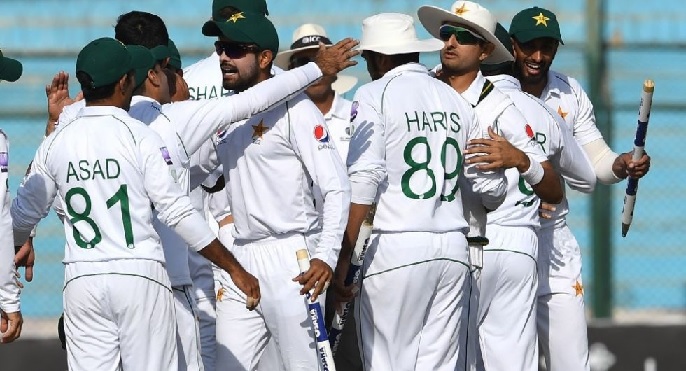 I will not be exaggerating if I say that PSL 5 when it came to a stop due to the ongoing Coronavirus Pandemic was an excellent tournament for Multan Sultans as a team. It’s a fact that people were not rating us that highly but, in my mind, the team had all the ingredients that were needed to go to the top. I have always advocated the importance of experience when it comes to the composition of a team and I am pleased to say that Multan Sultans banked on exactly this strategy to pick a very balanced side. We had experienced campaigners like Shahid Afridi, Imran Tahir and myself and a group of youngsters such as Zeeshan Ashraf and Usman Qadir who were brimming with talent. Whilst I was always very confident about our chances in the PSL, I must admit that I was slightly taken aback by the actual ease with which we cruised through most of the tournament to end up as the team with the highest number of points. The credit for ensuring that the right atmosphere existed for the team to gel goes squarely at the feet of our Head Coach Andy Flower and the team management. All said and done, it was the right team combination that helped us get to the top and the players responded well to the challenges they had to face.

A lot has been made of statements by Shahid Afridi and our bowling coach Azhar Mahmood about Multan Sultans deserving to be tournament winners due to the fact that we ended up with the most points when PSL 5 came to an unfortunate stop. I can only assume that their statements were based around a scenario in which the tournament could not be resumed at all and a closure was needed for this season. However, if the PCB so wishes and is able to arrange the remaining matches to be played either this year or before the next season, then we as Multan Sultans will be more than willing to play in it and take on our rivals in the semi-final and eventually the final as well. Once in the final, we will be looking forward to putting in a good performance to lift the trophy as after all, which team in the world doesn’t want to earn a win and become champions in front of thousands of doting fans?


PSL moves from strength to strength

I have always been of the view that only when PSL is played in Pakistan will its true strength and value become apparent to all. Whilst the tournament was rated highly even when it was being staged in UAE, it is a fact that the tournament moved into a different level of popularity once all the games were played in Pakistan. This effect was demonstrated in clear terms based upon the full houses we saw in the matches in all the venues. It was delightful to be cheered on by our fans in packed stadiums. As we see more editions of PSL take place in Pakistan, we will begin to see an important effect of playing at home, which is the way the fans will look to take ownership of their respective sides with Karachiites owning the team from their city and Lahore, Multan and Islamabad doing the same for their teams.

Whenever a fellow player gets into any uncomfortable situation, it reflects badly on all of us and this is why I am hesitant to make any judgement on Umar Akmal’s situation. All I will say is that he has been playing cricket at all levels for a while now and he needs to become more mature now and I pray that the Almighty resolves his problems soon.

The financial situation of some of the cricketers has been taking a beating since changes in PCB’s domestic structure were put in place this season. So, it stands to reason that the financial pressures as a result of no cricket activity will only become worse, especially given that the PCB is not issuing any NOCs for the Ramadan tournaments that used to provide some financial relief for the players. Taking part in these tournaments could earn you up to 3 Lakh Rupees which could help you look after your family for a while but sadly that opportunity has been taken away due to the Coronavirus Pandemic. Whilst some of us players may not be that badly effected as a result of these economic pressures, we do have a debt of gratitude to other less fortunate players who have been part of Pakistan cricket for many years and have played with and against us. They may not have made it to international cricket or become top domestic players, but the fact is that their participation has made Pakistan cricket what it is today. Hopefully with the news that the PCB is looking for a window next season to hold a Departmental cricket tournament, there could be light ahead in the tunnel for many cricketers which could give them the much-needed financial relief. Regardless of how this is done, the PCB needs to find a way to help out the less fortunate cricketers in any way they can as not doing so will lead to tragic consequences for people who have devoted their lives to serving this game in Pakistan.

Social media to me is a blessing and a curse at the same time. It’s a blessing if you can help fellow humans and also put messages of hope and peace but it can be a problem if it’s not used in the right way. Of course, how we all use social media is dependent upon our personalities and how much public exposure we wish on ourselves, but we need to be careful. In this regard, I feel that cricketers using these platforms to have a go at each other need to be careful because we are after all a close fraternity and unsavoury remarks about each other can lead to embarrassment when we do come face to face one day. In fact, they should simply follow my suggestion of not saying things on social media which they would not want others to say about them!

Whilst one sincerely hopes and prays that the world will be free of the menace of the Coronavirus very soon, we must also recognize that the resumption of cricket will not be easy for many players to adjust to. When you as a player are kept away from practicing in a cricket ground, then your rhythm is affected adversely. At the moment, outdoor activity is severely limited and players cannot even run outside to keep themselves fit. A few can probably afford a running machine or a mini-gym at home but for most of the players these facilities do not exist at home and as is, nothing beats match practice or nets to keep one in the right shape for domestic or international cricket. Of course, this all depends on individuals as to how they make use of this time but there is a real danger that some may be completely out of shape when action finally resumes in the future. The real challenge will be for players to keep themselves motivated so that they are mentally and physically prepared for cricket in the near future.