"Putting the pressure of captaincy on Babar Azam is a recipe for disaster" : Yasir Arafat

In his latest blog for PakPassion.net, Yasir Arafat writes about his concerns at the appointments of Misbah-ul-Haq as Head Coach-Chief Selector and Waqar Younis as Bowling Coach, applauds Azhar Ali’s elevation to Test captain and explains why Sarfaraz Ahmed has been hard done by after his removal from the position of T20I captaincy. 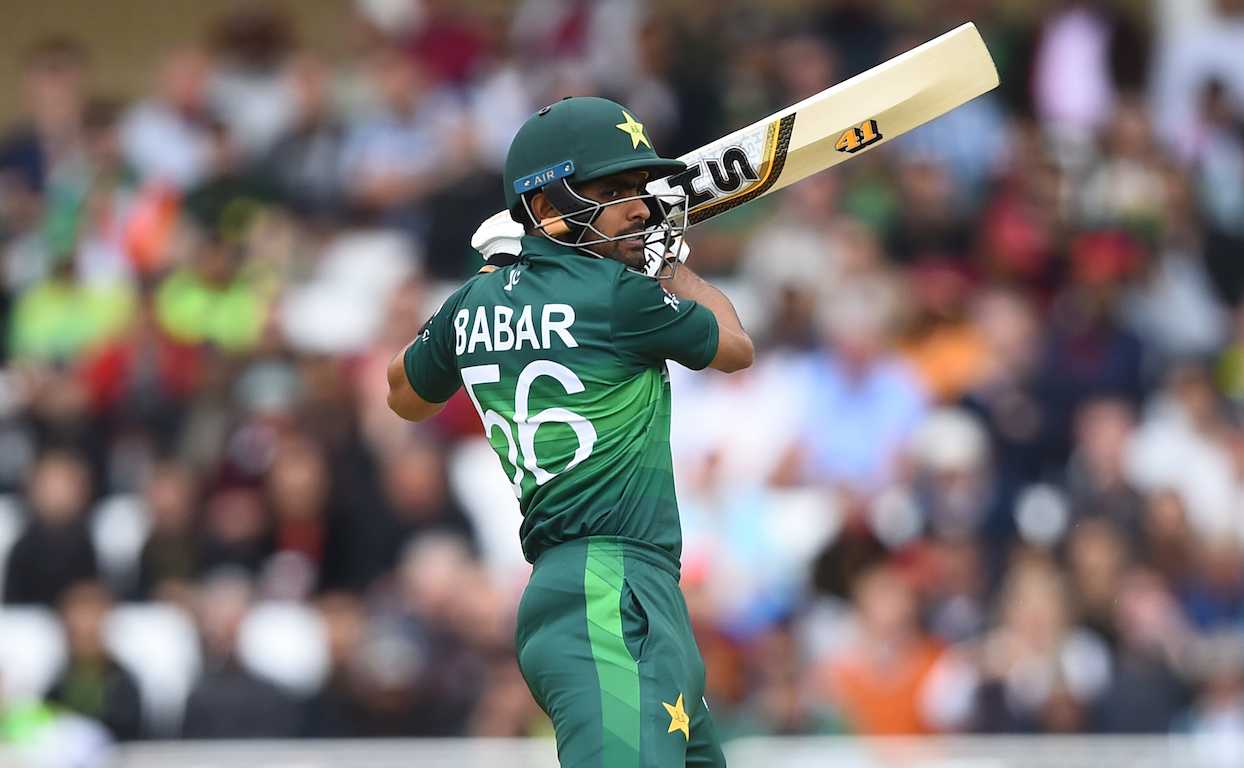 A lot has been said about the merits of the appointment of Misbah-ul-Haq as Head Coach and Chief Selector and let me add my opinion to it and categorically state that this a wrong decision and a blunder by the PCB. Misbah-ul-Haq may have been a great captain for Pakistan but the fact remains that he has no experience in coaching, even at the first-class level. One cannot, for obvious reasons, blame Misbah for this decision as the fault lies squarely at the door of the PCB. No one in their right mind would refuse such a job offer or assignment and Misbah duly accepted the joint roles. What is really worrying for me is that the PCB have taken this decision in haste and one that is only looking at the short-term which cannot benefit Pakistan cricket. In contrast, the appointment of Ijaz Ahmed as Under-19 coach seems to have been given much more careful thought as he is someone who has been coaching at that level for a while but even there, one could say that not many former players can match the expertise that Younis Khan could have brought had he been appointed to take care of our youngsters.

Going back to the appointment of Pakistan Head Coach, the advertisement that the PCB put out had a specification of ‘Level 2’ qualifications which is ridiculous in itself. A national side’s coach is required to just have Level 2 qualifications? I cannot think of a bigger joke than this and it makes a mockery of the whole recruitment process. To top it all, there were some comments made by the Chief Executive Wasim Khan about Misbah’s lack of experience in coaching and how it can be covered by allowing him to coach a PSL side. In Misbah’s own words, the Pakistan side is not a ‘laboratory’ for experimentation or an on-the-job learning scheme so why appoint an inexperienced person to learn his trade at this level? If PCB wanted him to learn the art of coaching, then maybe he should have been appointed as coach of a domestic side or a PSL side first before elevating him to this level. This truly defies belief as this is not the way Pakistan can compete with other international sides as they are far ahead of us in this aspect.

Waqar Younis' previous experience as coach is a matter of concern

There is no doubt in anyone’s mind that Waqar Younis was one of the greatest bowlers that Pakistan has produced but his experience in coaching terms has not been that pleasant with many senior players complaining about his behaviour and attitude in the past. To be a coach requires a totally different mindset to that of a player as you need to respect the players under you, and it is in that way that you earn their respect as well. Fairness is an important element of being a coach and if a coach is not fair then the relationship with the players suffers a breakdown and the player development is affected adversely. In the past, these are exactly some of the issues which we have seen in Waqar’s three stints as coach, as each time around, there have been problems for him. Even his report after the 2015 World Cup was deemed damaging for both players and coaches and caused some damage to reputations and relations as well. One hopes that he has more success in his latest association with the Pakistan side as bowling coach but only time will tell how this pans out for him and Pakistan.


PCB should be commended for appointing Azhar Ali as Test captain

The decision to appoint Azhar Ali as Test captain is a good one and to me his appointment is a perfect case of having the right man for the right job. His playing experience, his behaviour and what I feel is his excellent ability to make right decisions are all indicators of future success and to me, and PCB have made an excellent choice. Looking at the recent below par performances of Pakistan’s Test side and the fact that Sarfaraz Ahmed seemed lumbered with too many expectations leading to poor form as captain and wicket-keeper, the decision to relieve him of the responsibility as Test captain is a superb one. Whilst Azhar may not have had a good recent series against South Africa, I believe he can pick himself up and a captain who can perform well as a leader can really inspire his side to better things. The PCB have taken a long-term view of the matter of Test captaincy and they need to be commended for that.

Whilst his removal from captaincy for Tests has some merit, I feel that the decision to relieve Sarfaraz of the T20I captaincy is simply a case of finding a scapegoat for the humiliating loss to Sri Lanka in the T20I series. To me, this points to some haste in decisions by the PCB, similar to how they have tinkered with the domestic setup, the adverse effects of which will be felt by next year. The pressure that PCB felt after the loss to Sri Lanka in the T20I series needed to be diverted away from them and Sarfaraz Ahmed was easy prey. The new coaching staff could not have been held responsible for this loss as PCB themselves had chosen them recently so in order to alleviate the anger of the media and the public, they put the blame on Sarfaraz and duly removed him as captain of the T20I side. I feel that this was an unfair decision and very harsh on Sarfaraz who in my view should have been retained as Pakistan T20I captain based on his previous services to the nation. He had been sharp minded as a captain in T20Is and has been a street-smart cricketer and to add insult to injury, he has also been removed from the T20I side as well. The T20 World Cup is fast approaching and we have a new captain at the helm which isn’t a smart move by the PCB.

One thing that bothers and hurts me a lot is to read about a steady stream of ridiculous petitions and cases being filed against cricket players and captains whenever results don’t go our way. This is saddening and shows the type of pressure that our players are facing every time they go out to play. This is in sharp contrast to other nations where players are more relaxed when playing for their country whilst our players are playing for their spots due to this pressure. This disease of filing High Court petitions and cases against captains after every bad result needs to stop for the sake of our cricketers.

Putting the pressure of captaincy on Pakistan’s best performer, Babar Azam, is a recipe for disaster

To me, Babar Azam’s elevation to the position of captain in the T20I side at the expense of Sarfaraz Ahmed has been the direct consequence of our loss to Sri Lanka. But to be fair, our batting has not been performing that well with Babar Azam not performing well in recent times which has contributed to our downfall in T20Is. The fact that the experience of Shoaib Malik and Mohammad Hafeez has been missing in recent times has also not helped our situation and made us look more like a domestic team rather than an international one, but all that is not Sarfaraz’s fault. In my opinion, the answer to all our current T20I problems is not to appoint Babar Azam as captain.

It would have been far better to have made Babar Azam vice-captain under the supervision of Sarfaraz a year ago or during the 2019 World Cup. In such a case, I would have applauded the decision to promote him to captaincy. But to make Babar the captain for the first time in his life, ahead of such an important tour with the T20 World Cup not too far away in the future is not advisable. In fact, I am hearing that he may also be given leadership duties for the ODI side as well. Putting so much pressure of captaincy on the shoulders of your best performing batsman is a recipe for disaster and yet another decision taken without much thought.

Sarfaraz Ahmed, as PCB had indicated earlier, is no longer part of the Test and T20I sides for Australia and chances are that he may well be excluded from future ODI sides as well. Mohammad Rizwan is being taken for the next international assignment as Sarfaraz’s replacement. To me this will be another folly by the PCB as it’s quite possible that Rizwan may not perform well on the tour of Australia or the T20 World Cup. If that happens, who will the PCB turn to if Sarfaraz isn’t in the squad? The better option would be to keep Sarfaraz in the squad and allow Rizwan to play as first choice ‘keeper to get him good experience, with the option of bringing in the former captain back into the mix if things don’t go according to plan.

To be honest, I don’t see too much difference in standards in the National T20 tournament compared to the previous editions. The only difference being that the number of sides has been reduced as part of the new setup. A disheartening aspect of this tournament is that there are players in the mix who really have no future in the Twenty20 format, yet they have found places in the domestic sides. Above all what really concerns me looking at our domestic sides at the moment is there seems to be no emphasis on the quality of coaching staff associated with the domestic teams in the National T20 Cup. I feel that the importance of good coaches at this level cannot ever be underestimated as we always see that our domestic players struggle a lot when they play at the international level.

So, keeping up with scoring rates or running between the wickets are just some areas where our players struggle when they move up to the top level of cricket and we saw a good example of that when Sarfaraz and Iftikhar Ahmed ended up at the same end during the series against Sri Lanka. This sort of situation should never arise in a good international side as the right habits are built into the training of cricketers from a young age, but sadly this is not the case for Pakistan cricketers. This is why to me, the role of good coaches at the domestic level is an important one and the PCB need to give the development of coaching the same sort of priority as they are giving to making what appear to be cosmetic changes to the current system.