"The issue of age-fudging has been a problem for many years" : Yasir Arafat

In his latest blog for PakPassion.net, former Pakistan all-rounder Yasir Arafat writes about his quest to become a top-level international coach by completing ECB's prestigious Level 4 certification, his thoughts on what makes a good coach, why it’s important for Haris Rauf to play domestic cricket before selection for Pakistan’s ODI and Test teams and how PCB should tackle the important issue of age-fudging. 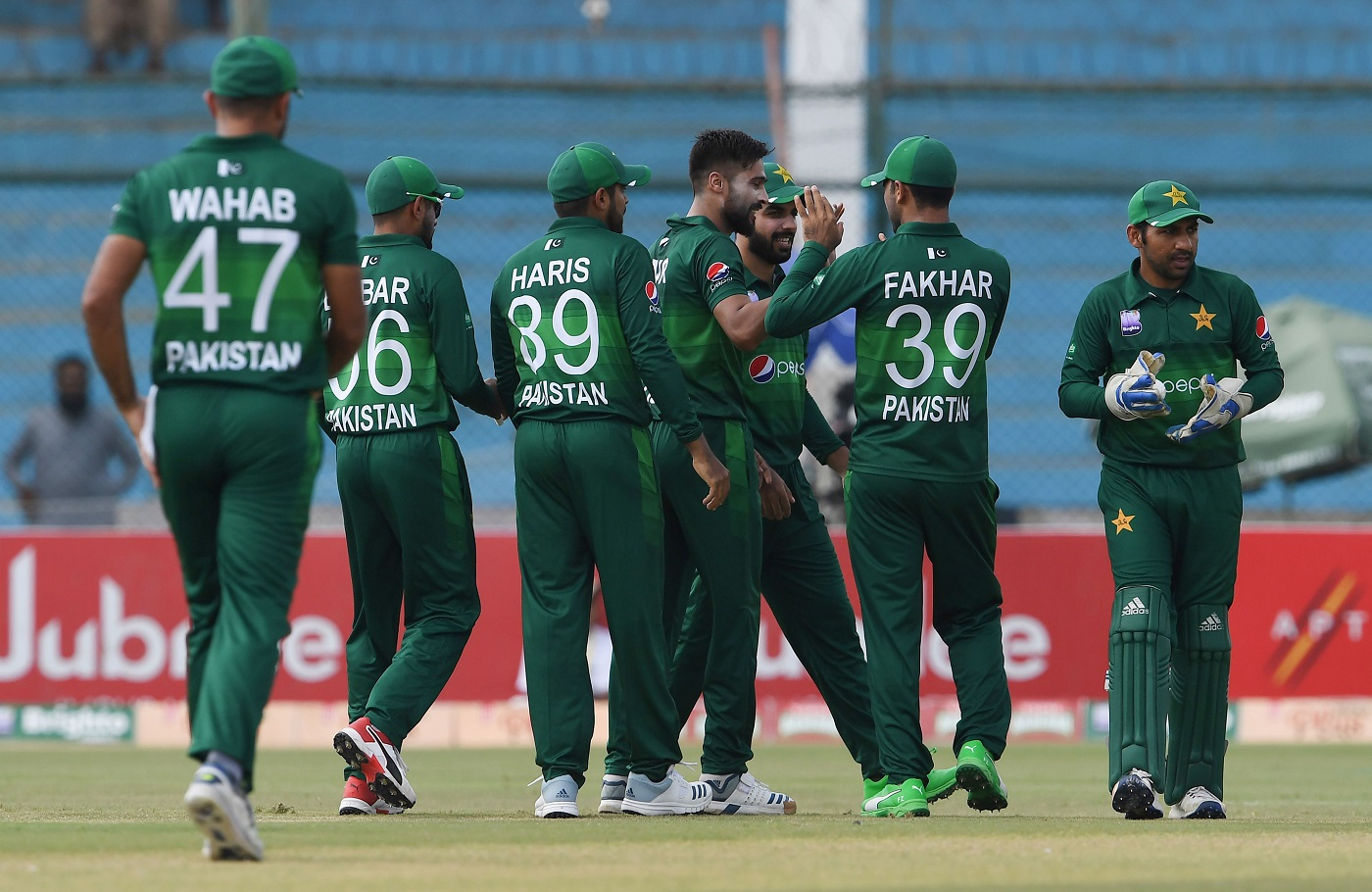 Three-week coaching spell with the Perth Scorchers was very enjoyable

I recently spent almost three weeks with Perth Scorchers at the Big Bash League which was a very enjoyable and fruitful experience. As many will recall, I spent 2 wonderful seasons with the Scorchers as a player where I played alongside current Australia Head Coach, Justin Langer which was also a great learning experience in itself. I have now taken a similar path as Langer and am putting into practice what I saw of him during my time as a player in particular, how he prepared before the game and his behaviour with his juniors and seniors, as well as his man-management skills.

This time around, Adam Voges who was also a former player at the Scorchers, is the Head Coach there and obviously his style of coaching is different from that of the previous coach. Whilst coaches may have different ways of approaching their task at the Scorchers, what hasn’t changed is the overall professional atmosphere and how the team trains for games. In particular, what impressed me the most was the mantra that the Scorchers adopt which is to train hard during practice. This makes the players mentally tougher and they find it easier to perform during actual game time. During my stay with the Scorchers, I also had the opportunity to work with the juniors which was very nice of the management as they already had their own bowling coach, but still let me interact with the side. What this allowed me to do was to get a feel of the coaching role and more importantly, to pass on my international and domestic experience to the junior side which I am sure will be handy for the youngsters.

Coaching is something I am very serious about and in this regard, after having completed all requisite ECB badges for coaching over the past 4 years, I am currently enrolled in ECB's Elite Coach Development Programme which consists of the Master Coach Award (Level 4) at Loughborough University. In fact, I had to come away from my recent stint at Scorchers to ensure that I was back in time in England to attend the latest coaching courses for this program. During the past 2 years, I have worked as a bowling consultant in Hong Kong and also spent one year at Surrey coaching their T20 side. So, what I am trying to do now is to ensure that all my coaching qualifications are complete before I enter into coaching as a full-time profession.

I fully understand that playing the game yourself and coaching others are totally different things so to have ECB’s highest coaching qualification which is widely recognized as the best in the world, is vital for me if I wish to pursue this path in my career and that is what I am currently busy with. To gain this qualification is a very tough ask but I have started the 2-year course 5 months ago. The course includes a number of modules which I will do during the summer and I also get to work with Counties during the season as part of the curriculum. The reason I am so interested in doing this is that during my playing days and especially since my retirement from international cricket, I have been fascinated by the idea of coaching players. To me, being a coach is similar to being a teacher as the satisfaction one derives by watching one’s student succeed in life based on what you have taught them is a feeling that cannot be matched by anything else.

I have had the honour of speaking about the art of coaching with some of the top coaches around the world during my time. I would say that the Late Bob Woolmer was in a class of his own as far as knowledge of the game and expertise in coaching is concerned. And the results proved it too as was shown by how he turned South Africa into a world-beating combination during his tenure with them. In addition, I have also spent time with the likes of Justin Langer when he was a player, Dav Whatmore, Geoff Lawson and also spoken with some of Pakistan’s top coaches as well.

What I have learned from observing all these coaches is that they make sure that they treat all members of the squad with equal importance. If that is not done, then it’s unlikely that a coach will succeed in his role. And I say this based on my own experience where one of the coaches I was playing under would just concentrate and spend time with a few players, and pretty much ignore the rest. This is where the Late Bob Woolmer was amazing as he would ensure that after nets for the main players were done, he would take time out to spend with the rest of the players as well to ensure that they were also prepared. He would put them into the nets and do throwdowns with them so that they would be ready whenever they got a chance to play.

There is little doubt in anyone’s mind that Haris Rauf’s recent performances at the BBL have been excellent and to me, he is turning out to be a superb Twenty20 bowler with a great future ahead of him. He has pace, is accurate and has aggression and a great attitude about him which are all the ingredients for a good fast-bowler. What he needs to do now is to keep on performing and improving himself, and he can do that with the upcoming PSL in Pakistan. I am sure the selectors will be keeping a keen eye on his performances and he will be a good choice for Pakistan in Twenty20s, if he does well in that tournament. I will at this point sound a note of warning and say that we should not be carried away with his current performances and ability to bowl fast and that he should be only given a chance in ODIs or Tests if he performs well in domestic cricket.

The issue of age-fudging has come to the fore in recent times due to numerous examples but let me assure you that this is not a new phenomenon but has been a problem for many years, especially amongst Asian countries. The way this seems to happen is that let's suppose there is a player eligible to play for the Under 19 side and is aged 17 or 18. He is unable to get into the side as other players who are older than him are already in the side. By the time his chance comes, his age has exceeded the Under 19 limit so what he does is somehow understate his age to give himself a chance to play in the Under 19 team.

If I look back at the time when I played in the Lombard Under-15 Challenge Cup in 1996, a few of the players in the squad turned out to be overage despite being listed as below 15. The way this came to light was that all 22 Pakistani players chosen for this tournament were sent to Shaukat Khanum Cancer Hospital for bone age assessment scans to confirm our ages. These scans by their nature are not accurate measures but give a good indication of a person’s age within a 5-6 month range. The results of the tests were startling and showed that 11 out of the 22 players were overage with only the likes of Taufeeq Umar, Faisal Iqbal and me being adjudged as truly being below age 15. I am not sure what techniques are being employed today by the PCB for determining player ages but I am hoping that the process is much better now and this whole issue is sorted very quickly as it’s disgraceful and embarrassing for Pakistan.

There seems to be a popular misconception that Test matches hardly last for five days and can, therefore, be replaced with four-Day Tests. No better example of the folly of this sort of thinking can be found as demonstrated in the recently concluded 2nd Test between South Africa and England which lasted for five days. The quality of cricket witnessed on the final day of this game where the game ebbed and flowed is a fine example of how two good teams competing on a proper playing surface can provide top quality entertainment for all five days. In addition, a fifth day also provides a buffer in case one or two days get rained-off. In my mind, there is absolutely no reason to reduce the traditional five-day game to a four-day version.

The number of front-foot no-balls being missed by umpires in matches seems to be growing in almost every series being played at the moment. It is true that there is a lot on an umpire’s plate where he has to watch for a number of things on the field including where a bowler’s foot lands at the point of delivery. With the presence of so much technology, it is high time that such modern techniques be put to use, and the third-umpire be tasked with ensuring that each no-ball is called as it happens. Technology has done a lot of good in cricket, including exposing some bad decisions by umpires so I feel that there is absolutely no harm in using science to ensure that the correct decisions are made and the services of the third-umpire are also utilized efficiently.