Usama Mir is a right-arm leg-break bowler from Silakot, with an unorthodox action. Mir spoke to PakPassion.net about his career and future plans. 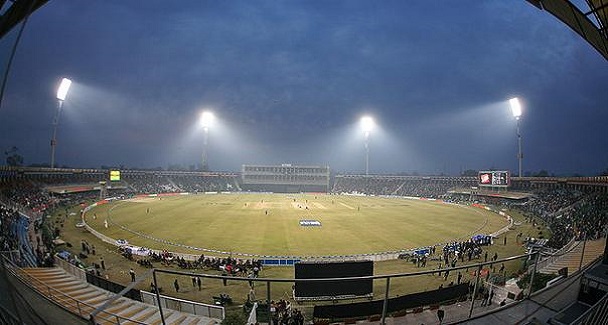 Usama Mir is a right-arm leg-break bowler from Silakot, with an unorthodox action. He has played 4 T20 matches and taken 1 wicket, giving away 83 runs, with an average of 83 and an economy rate of 6.38.  Full name: Usama Mir Born: December 23, 1995, Sialkot  Major teams: Khan Research Laboratories Batting style: Right-hand bat Bowling style: Legbreak Getting into Cricket I love watching cricket and always wanted to represent my country. I am one of those cricketers who has played a lot of street cricket. I used to have a pool of friends with whom I played with at night. We have had many tape-ball tournaments in Sialkot and I always participated in them.  Academy Cricket  I haven’t play club cricket at all. Zahid Fazal was the one who discovered the hidden talent in me and motivated me. I started playing cricket at the Amir Waseem Cricket Academy in Sialkot. He has been very supportive of me to date and he, being a former first-class cricketer, always wanted to share his past cricketing experiences with those players who were emerging and had the desire to fulfill their dreams. Luckily, I had the honour to play under him and I learned a lot from him.  Khan Research Laboratories I was referred to KRL by Amir Waseem. I went for the trials and impressed one and all with my bowling. I still remember I was a bit nervous, but the trials went very well. I was then selected to play for the Silakot Under-19s and I had a great season with them. KRL offered me a contract and I played in their U-19 team. The Ramadan T20 Cup was a great experience for an upcoming and aspiring player like me. Although, I was not able to pick up many wickets, yet I got the all-important exposure.  Unorthodox Bowling Action  My bowling action is natural and I have not made any amendments. I have been bowling with the same action since my schooldays. My coaches have worked very hard with me. The skip I take during my run-up is just an omen to get into rhythm. The best part is that I get the ball to spin, so I don’t feel like changing it.  Cricketing Heroes I’m a huge fan of the legendary Shane Warne. He is the 'King of Spin'. The way he used to control the ball and make it spin after it had left his hand, was mesmerizing. I always watch his videos and try to learn from them. I want to be like him. Stuart Macgill, of Australia, also impressed me a lot.  In our domestic cricket, I find Shoaib Malik the most difficult batsman to bowl to. He plays with command and disturbs the rhythm of a bowler with very little difficulty. Raza Hasan is the best bowler I have seen bowling in our domestic cricket. He has done wonders at a very young age and has a lot of potential.  The Future I am very hopeful of playing for Pakistan soon. If everything goes according to the script, I will be able to represent Pakistan within 2 years. We don’t have many good leg-break bowlers in first-class cricket, so I have a great chance to make it to the team. I am working hard and Inshallah, I will achieve all my dreams.